Put Your Hands Up for Movement Detroit 2016

Put Your Hands Up for Movement Detroit 2016 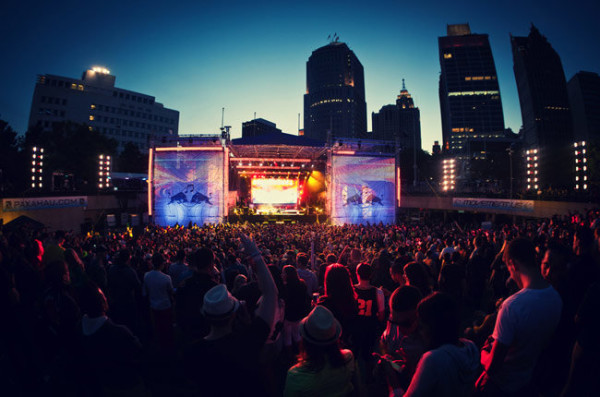 It’s that time of year again when presales go on at the height of the morning and there are another seven months to go before Detroit Electronic Music Festival, a.k.a. Movement, comes around again. Next year’s festival is sure to be a treat as Movement is celebrating its ten-year anniversary. We are speculating a possible marathon set featuring our Detroit techno pioneers as special guests or maybe some wild back-to-back sets from world-class talent. Reminiscing on who played this past year, we are expecting 2016 to raise the bar even higher.

Detroit is a diamond in the rough through its hardy, genuine people and its incredible contributions in the development of techno and subsequently the modern American dance music scene. From meticulously curated sound and top-grade equipment to no-frills quality sets by some of the best names around, Movement should be on the bucket lists of techno lovers and electronic music connoisseurs alike.

The lineup announcement should be coming around the start of the new year. And by the looks of things, presales are gone like hotcakes so grab up your three-day GAs or VIP passes through Flavorus. Sit back, throw on some everlasting Movement sets, and time crunch until next spring when all of us descend upon the birthplace of techno for a weekend of unparalleled music and vibes. Thank you, Paxahau!