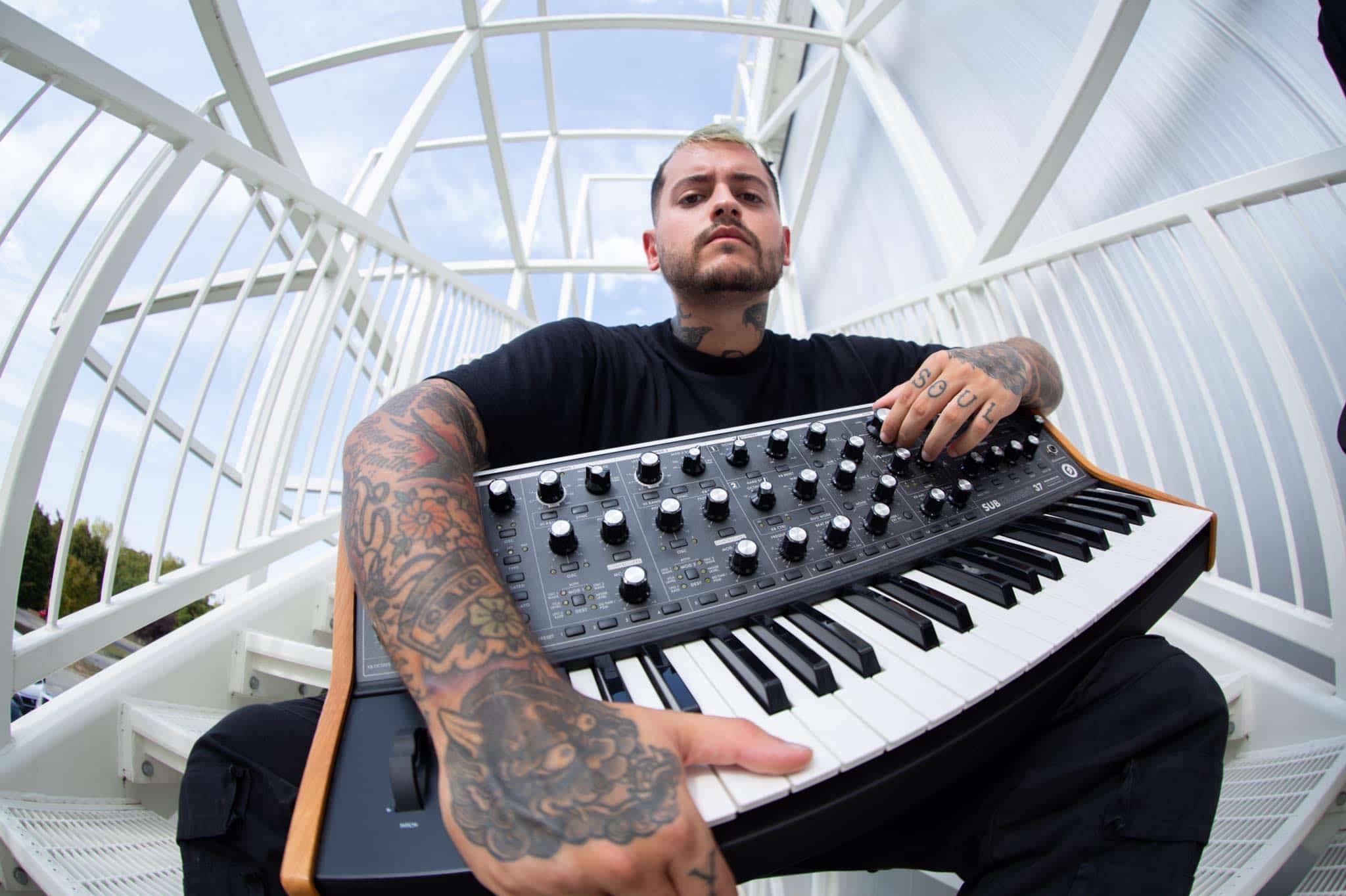 Italian artist Mattia Trani is considered one of the most talented young artists of the techno music landscape of recent years due to his obsessive research of new sounds, as well as use of analog instruments. The Pushmaster Discs label boss premieres his groovy new techno track “Stretch Toys” off his new 15-track feature length Scenery LP.

Speaking on his past work and inspiration for his new album, Trani says “Sure, there’s Detroit, as I’ll always love that kind of techno and it was pivotal to my debut LP joint. But in ‘Scenery’ there’s also loads of 90’ s UK stuff, be it breakbeat, drum’n’bass or whatever; and sure there’s a bit of the historic Hardgroove releases, way back at the beginning of the millennium”.

With a sonic journey that mercilessly travels back and forth in time, bringing listeners from sordid 90’s warehouses to blazing next-millennium cyberpunk sceneries, from drum’n’bass flavors to hard techno weapons or intricate ambient works, Mattia Trani managed to create one of the most ambitious techno (“techno” in its broader, more noble and visionary sense) albums you’ll ever be likely to hear.

Listen to the premiere of “Stretch Toys” by Mattia Trani from his Scenery LP:

Mattia Trani is considered one of the most talented young artists of the techno music landscape of recent years, both Italian and European. Born in a musical family, he starts fostering his passion for music as a child, building his background by studying the piano at first, and then focusing on DJing and musical production.
The obsessive research of new sounds, as well as the use of analog instruments (drum machines, samplers and keyboard synths), brought him to pioneer a high-quality techno style which crosses over between Warehouse/Rave and Acid/Drum’n’Bass.

In 2012, by founding his own label Pushmaster Discs, Mattia manages to score important collaborations with international artists like Ben Sims, Juan Atkins, DJ Hyperactive, Ilario Alicante, Rolando, Skudge, DJ Stingray and many others.
Today his platform represents a small “musical universe” and his work is supported by many American music heroes like Jeff Mills, Robert Hood e Derrick May, but also European artists like Laurent Garnier and Ben Klock, with Amelie Lens and Nina Kraviz as self-proclaimed fans.

In 2014, during the party for the 20th anniversary of Bologna’s Link Club, Trani shares the console with Jeff Mills, and in that occasion the famous Italian newspaper La Repubblica defines him a “Student of the Detroit school, which Mills himself brought to fame”.
The relationship with Motor City runs deep, leading Mattia Trani to publish his own podcast on the official radio of the legendary Underground Resistance. Despite the super young age, he’s the only Italian to ever have had such a privilege.

His skills develop further in 2018 by publishing several works: the single Uncage, for example, in which explodes the thunderous remix of the one and only Donato Dozzy, and the 20th release of Pushmaster Discs: a thrilling EP, with a refined and precious remix of Steve Rachmad the European pioneer of minimalism, involved under the alias of Sterac.
Mattia is today the only Italian artist who can claim to have scored collaborations with such big names – for this, he has gained the nickname of “the Italian future of Techno”.