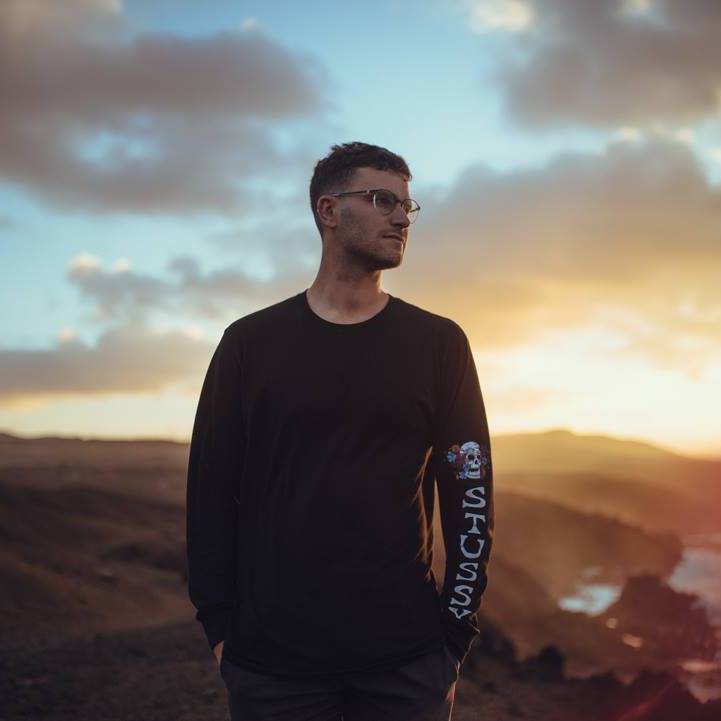 In the phenomenon of the wave, nature, and technology combine with great effect. For Adrian Rodd both are important, he draws the bow from the synthetic sound wave to the natural surf wave. The producer and filmmaker from Lanzarote has created the visual aspect of his debut for Cochlea Music not only in the EP title Waves, the opener “Equilibrium” was created directly as film music. Surrounded by ambient and trippy synth sounds, the short film about the surfer Andy Criere shows a colorful journey from blue to red, a romantic poem “Man, Sea, Earth, Fire” – churned up and set in motion by urban basses and beats.

Unlike the main track, “Night in Gran Via”, he follows the DJ, still vibrating from the Techno-Floor, after working all night through the main city street. From there it goes to “Verbena” and “Taboo 3AM” on a jump to the Dubstep, Lo-Fi and Trap-Parties. Adrian Rodd’s music flirts not only with party goers, but also with people who arrive home late, drawing on his experience as a resident DJ in Madrid’s Stardust Club, as well as the sounds and everyday life in the surfing and fishing village directly by the sea.

Between warm waves, “Waves” mixes local history with a melodic evolution of ambient and urban dance music from Brian Eno to Burial, ending the title track with a film which pays homage to the volcanic landscape of the canary island.

Adrian Rodd’s Waves EP is available for purchase at www.deejay.de