PRIDE Celebration Events in The U.S. 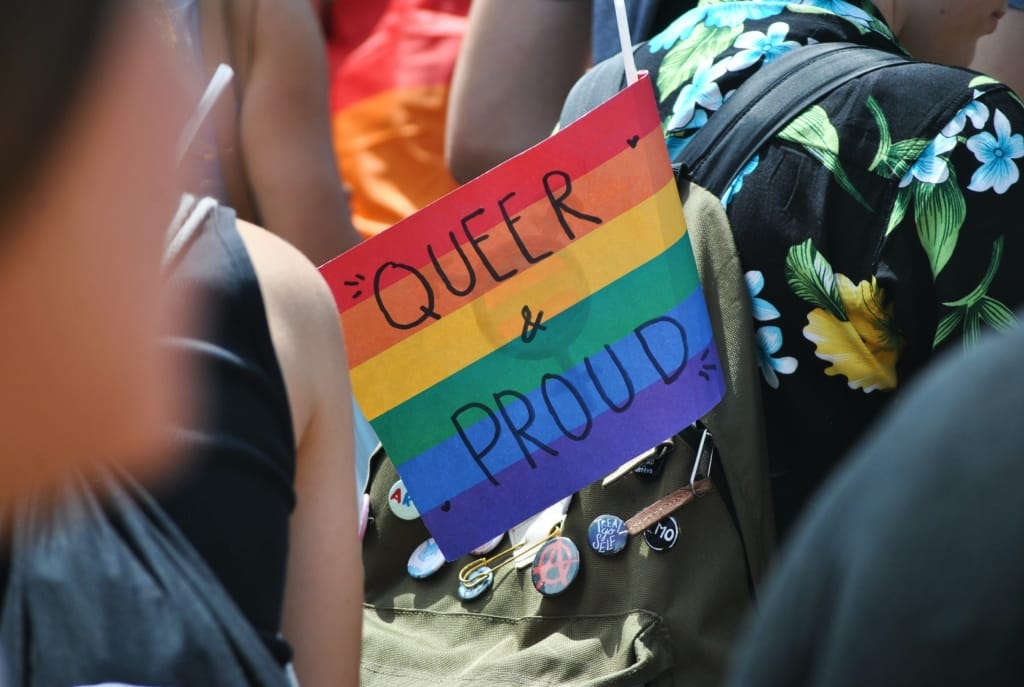 PRIDE Celebration Events in The U.S.

With Pride coursing through all through June, festivals and parades will be making headway this summer. To stay prepared for Pride events coming this month, here’s a brief list of some of the most fan-fave Pride festivals and parades that are to come this summer. Don’t forget to bring your sunblock, sturdy shoes, and most of all, your rainbow vibes! 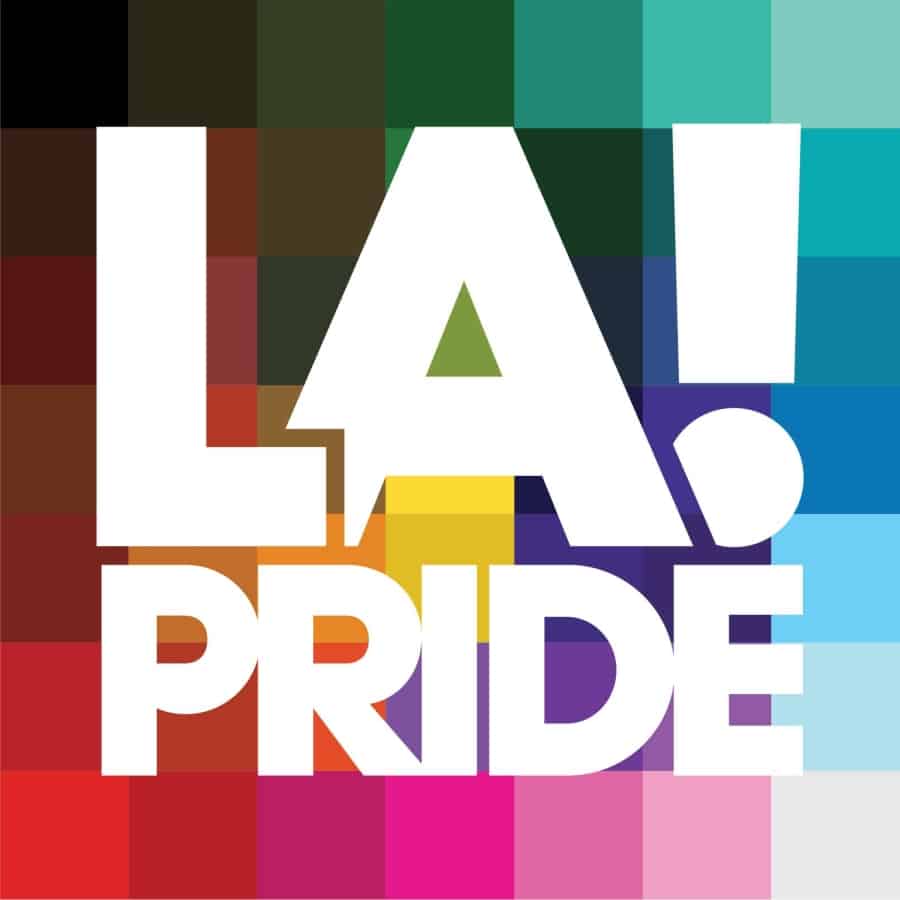 A nonprofit that serves the LGBTQ+ community of Greater Los Angeles and produces one of the largest Pride celebrations in the world, and other community programs throughout the year.

LA Pride in the Park 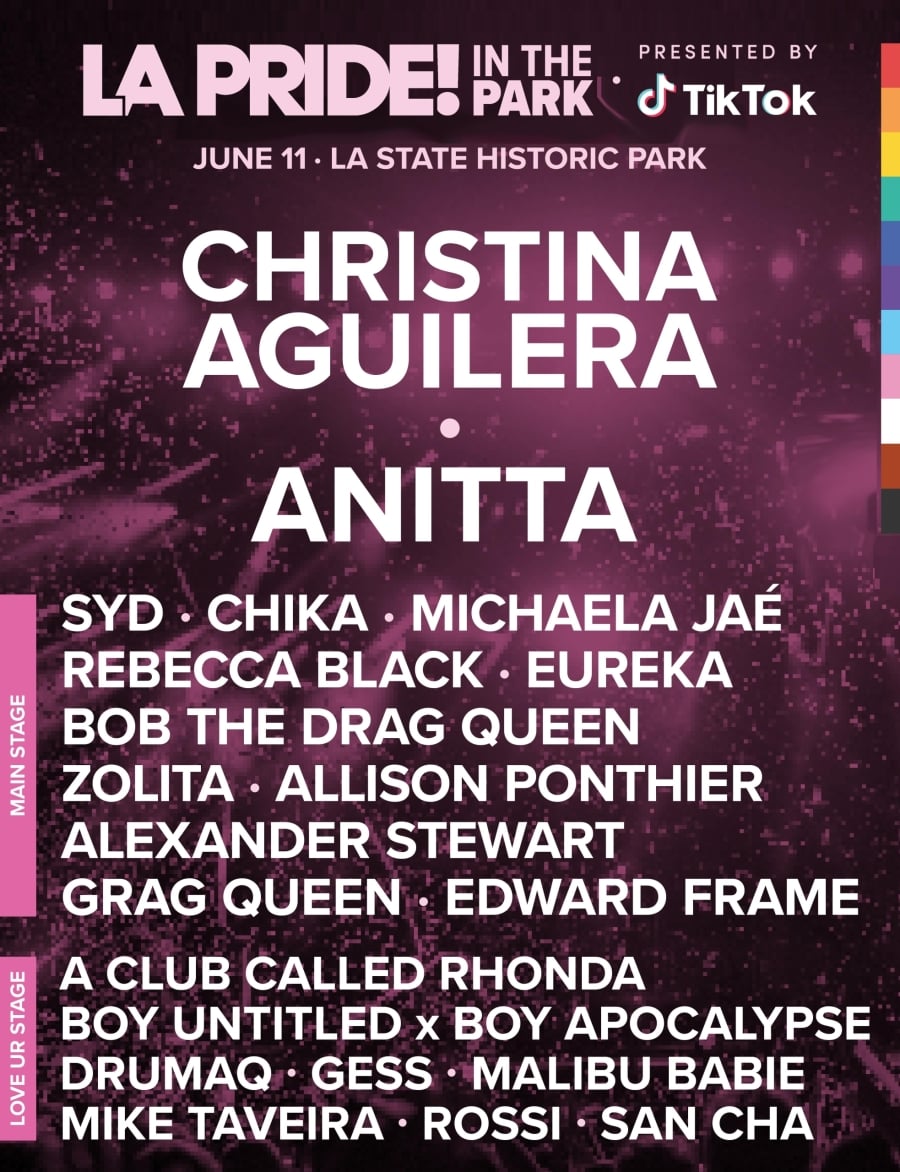 With two stages and Christina Aguilera headlining the event, LA Pride in the Park is making summer look extra steamy. Along with music, there will be plenty of food and drinks. Gates will open at 1PM, and the festivities will last until 11PM.

Where: Hollywood Blvd. & Cahuenga to Highland – South on Highland to Sunset Blvd. East on Sunset to Cahuenga

The first permitted gay parade in the world in 1970 is still the original, official Pride parade of LA!
Come cheer on this iconic LGBTQ+ procession as we take back Hollywood Blvd, on Sunday, June 12. The parade will begin its step-off at 10:30AM. 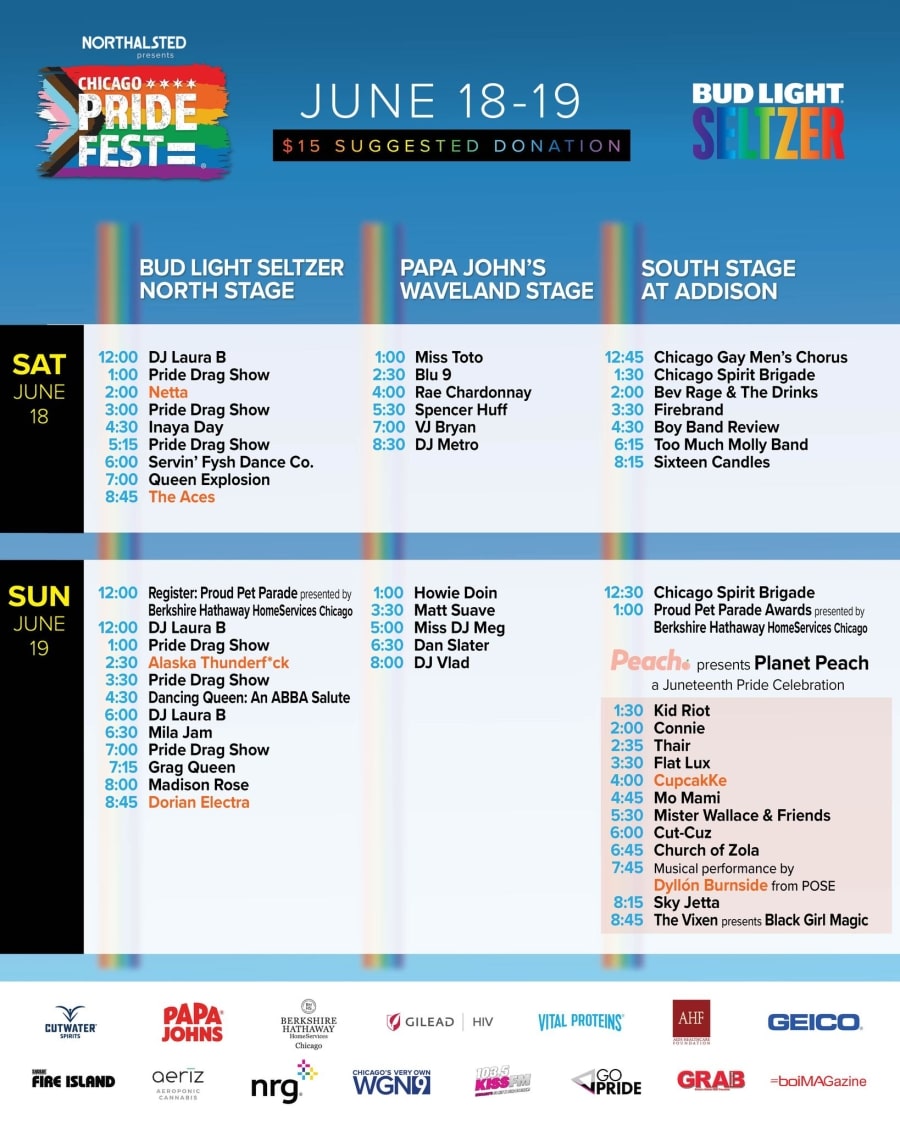 Where: Northalsted on Halsted Street from Addison to Grace St. / Festival Map

Chicago Pride in The Park 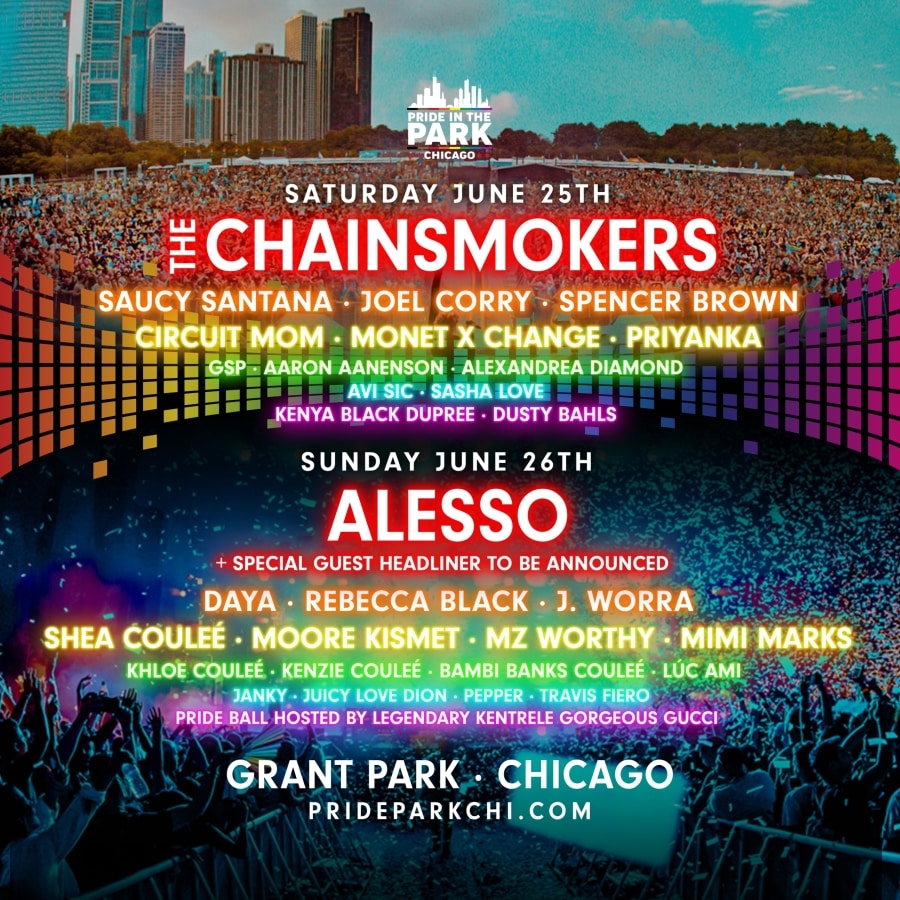 The 51st annual Chicago Pride Parade marches through the city’s Boystown neighborhood with the annual parade stepping off at noon on Sunday, June 26, at Montrose Avenue and Broadway in the Uptown neighborhood. The parade winds (map) its way through the north side of the city, ending near the intersection of Diversey Parkway and Sheridan Road in Lincoln Park. The annual parade marks the uprising, outside New York’s landmark Stonewall Inn, which began the Gay Rights Movement 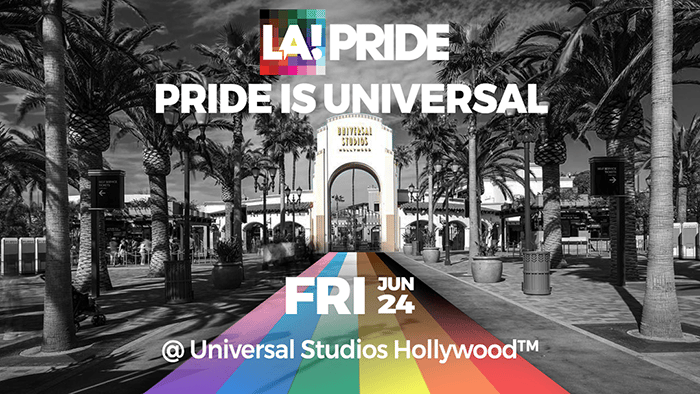 Three DJ’s will be spinning tracks throughout the park and an LA Pride Drag Show is planned for the Main Stage in Universal PlazaRides. Attendees can also enjoy attractions such as: The Secret Life of Pets: Off the Leash, DreamWorks Theatre Featuring Kung Fu Panda, Despicable Me Minion Mayhem, The Simpsons Ride™, Harry Potter and the Forbidden Journey™, and many more. 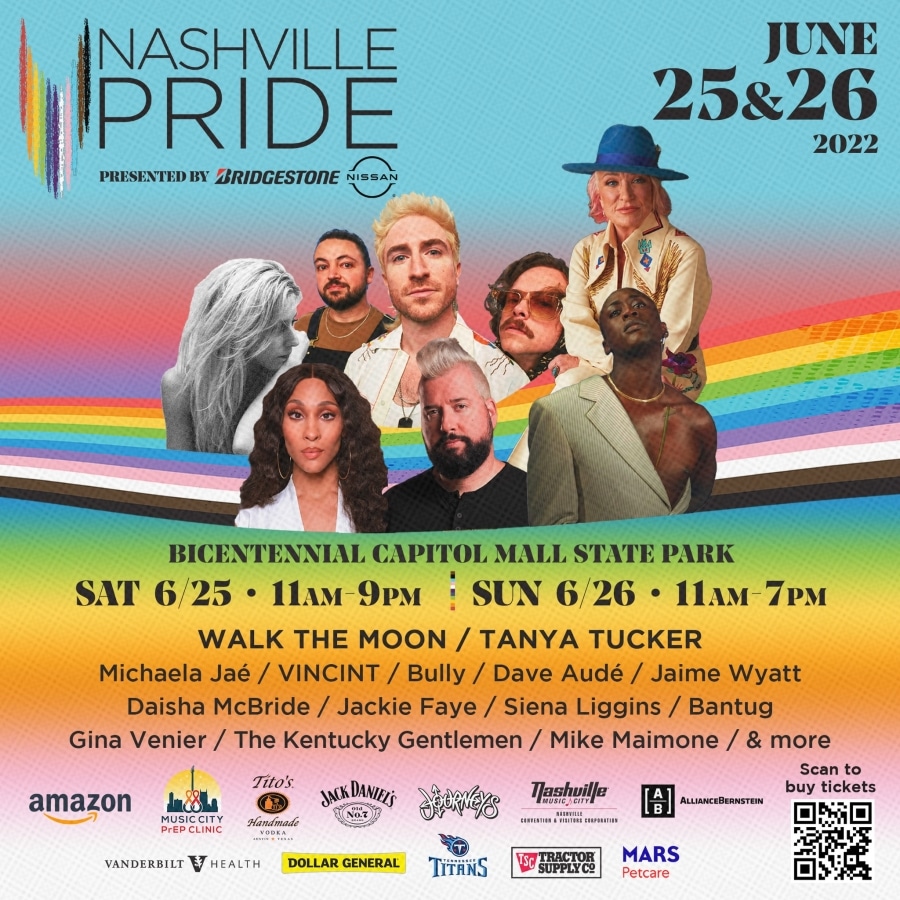 The festival features top-rated entertainment on multiple stages, a Kids and Family Zone, Youth Area, Community Art, and over 225 vendors featuring local not-for-profit artists, artists, and businesses. The Nashville Pride Parade will take place from Saturday, June 25 through the 26th.

On June 25, the Pride Parade kicks off at Broadway/8th Ave starting at 10AM. General admission will grant access to the full festival including: 3 stages, local vendors, food trucks, festival bars, and more! 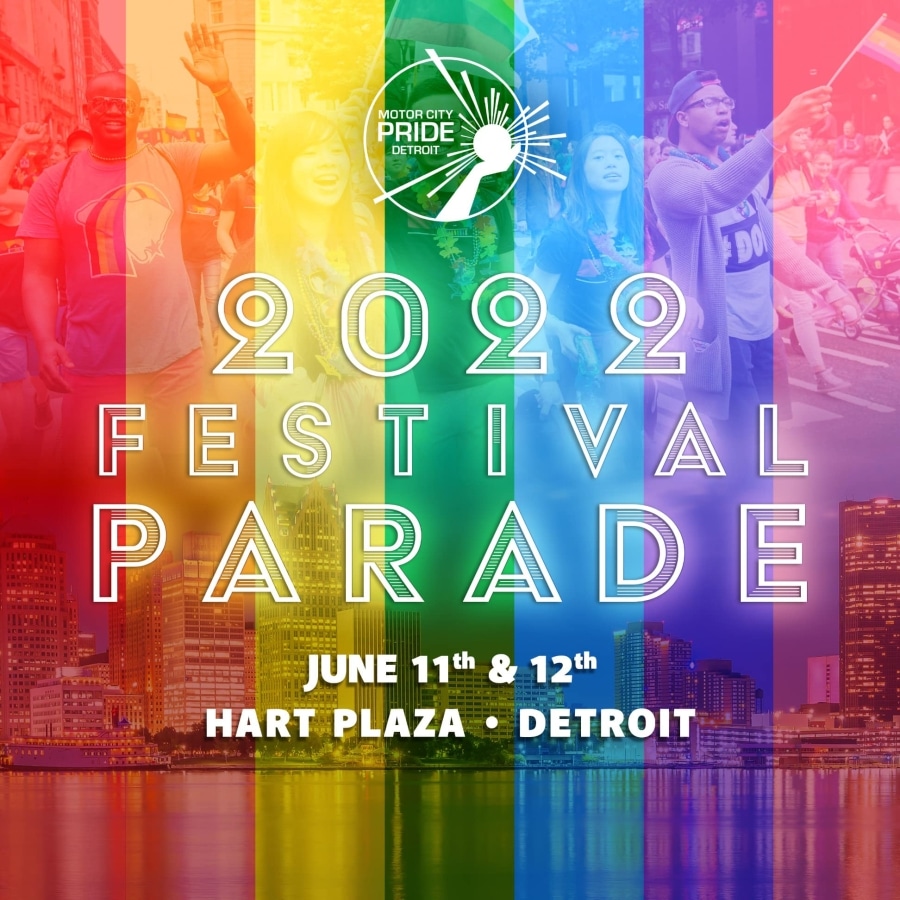 Motor City Pride traces its roots back to June 1972 when the first march was held downtown Detroit to protest the homophobic laws and to work for the recognition of LGBT Rights and Equality. After holding the march for a few years, it expanded to include a picnic after the march which has grown into our current festival. Now with over 40,000 participants, Motor City Pride is Michigan’s largest pride celebration. 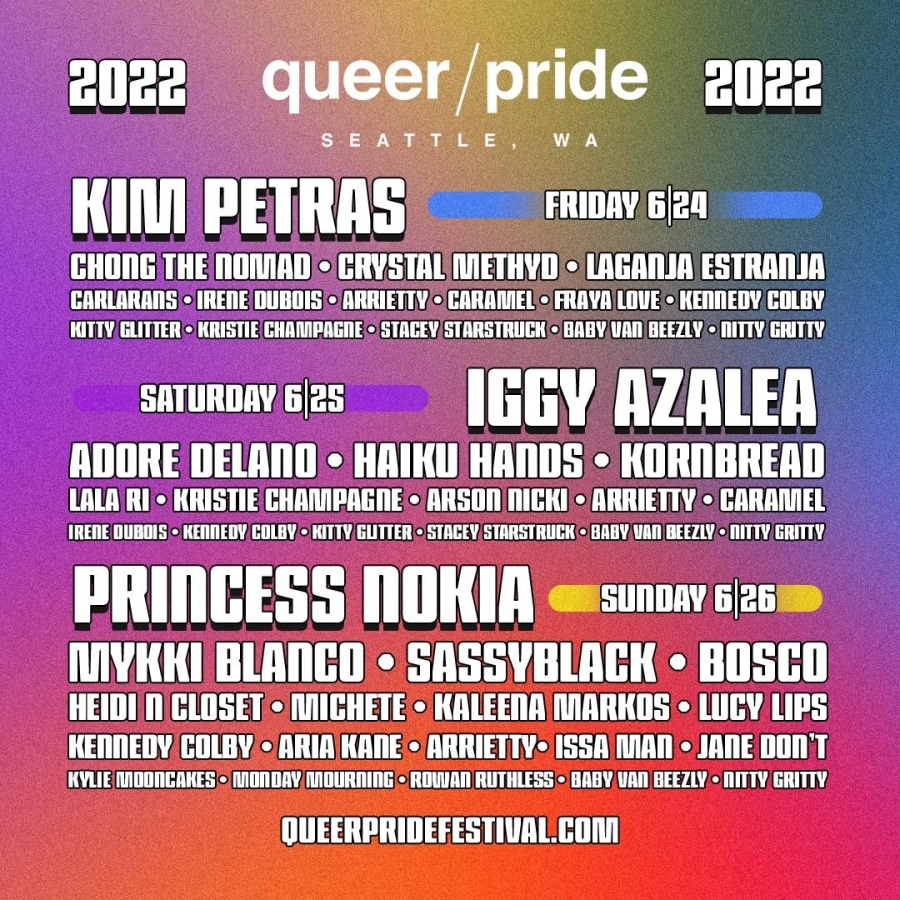 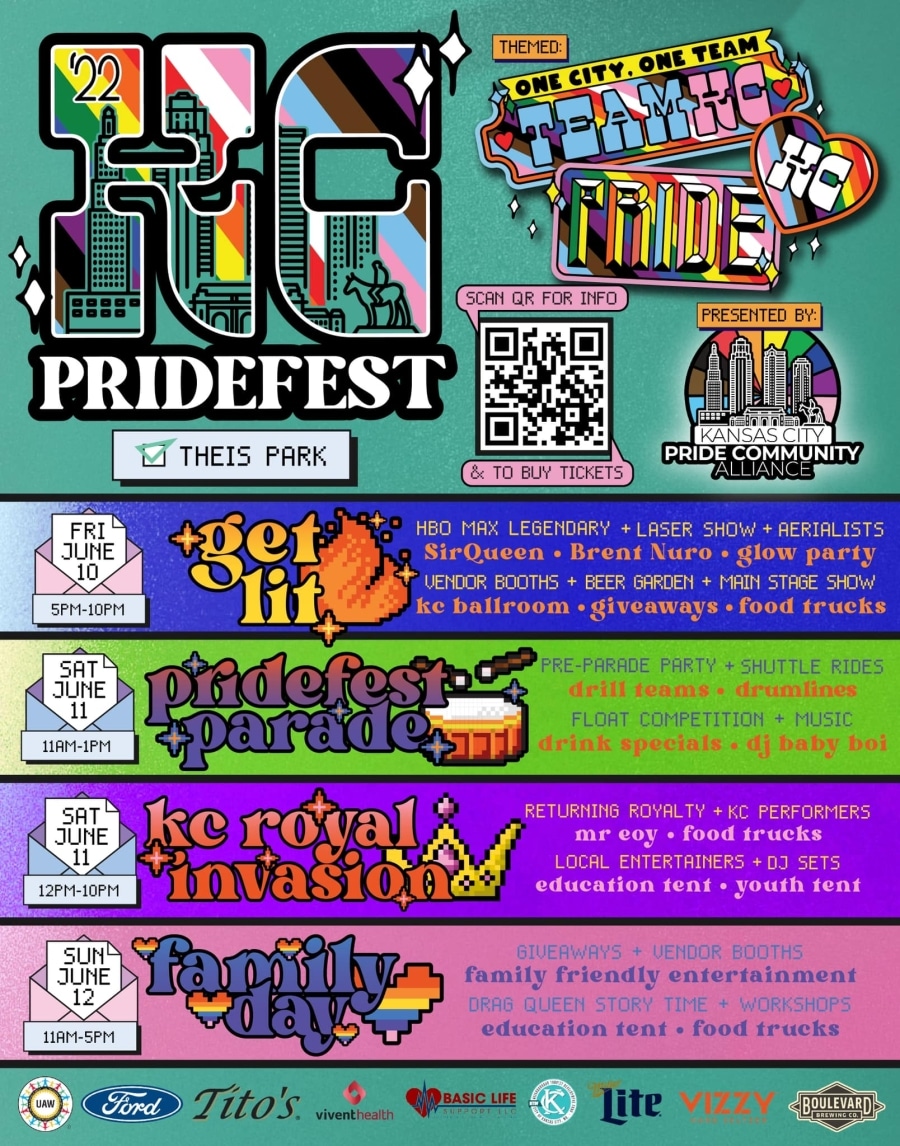 Kansas City PrideFest is an LGBTQ+ festival featuring a main stage with local acts, vendors, food trucks, family activities, and more. The festival will take place from Friday, June 10 through Sunday, June 12 at Theis Park. Sunday will be centered around family-friendly entertainment and activities.

A festival offering parade, music, entertainment, vendors, food, and more. All are located at the Historic Woodstock Square, a minute’s walk from the UP-NW Metra station, with lodging nearby. The event starts with check-in at 10AM followed by a staggered start at 10:30 AM. This is a fun run or walks for all ages and abilities. 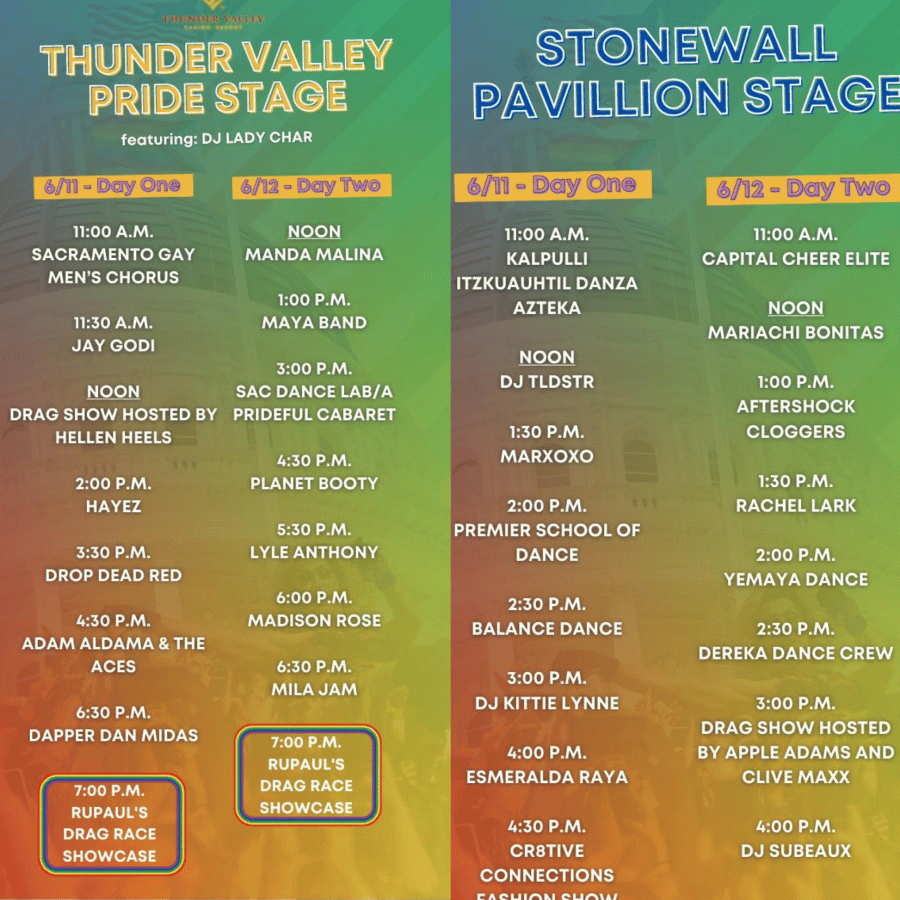 Sac Pride is celebrated as a two-day festival that transforms capitol mall into an LGBTQ+ village and entertainment zone with bars, vendors, and music stages that feature international Stars, drag Performers and live musical acts. On Sunday, the community comes together to march to the State Capitol, complete with floats, signs of solidarity, and marchers in remembrance of Stonewall. 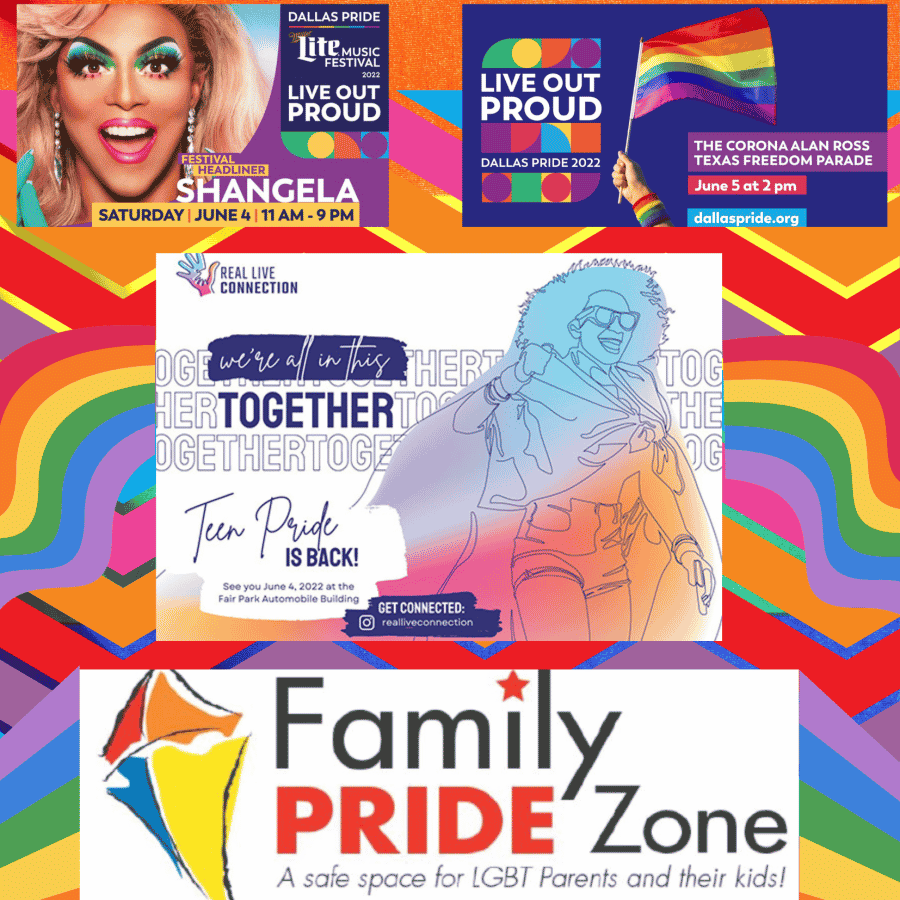 Where: Centennial, Automobile Buildings, Esplanade, and Coliseum to Hall of Sate (all at FAIR PARK) / Festival Map

Dallas Pride will celebrate its 39th Anniversary in 2022 with an expected record attendance as Pride events across the county come back in full swing. Over 60,000 people attended the festivities in 2019. Dallas Pride weekend will include the Dallas Pride Music Festival in the Park, the Family Pride Zone, Teen Zone, and the Alan Ross Texas Freedom Parade. The organization has been dedicated to producing events that promote a diverse, inclusive and positive image of the LGBTQ community for more than 39 years.