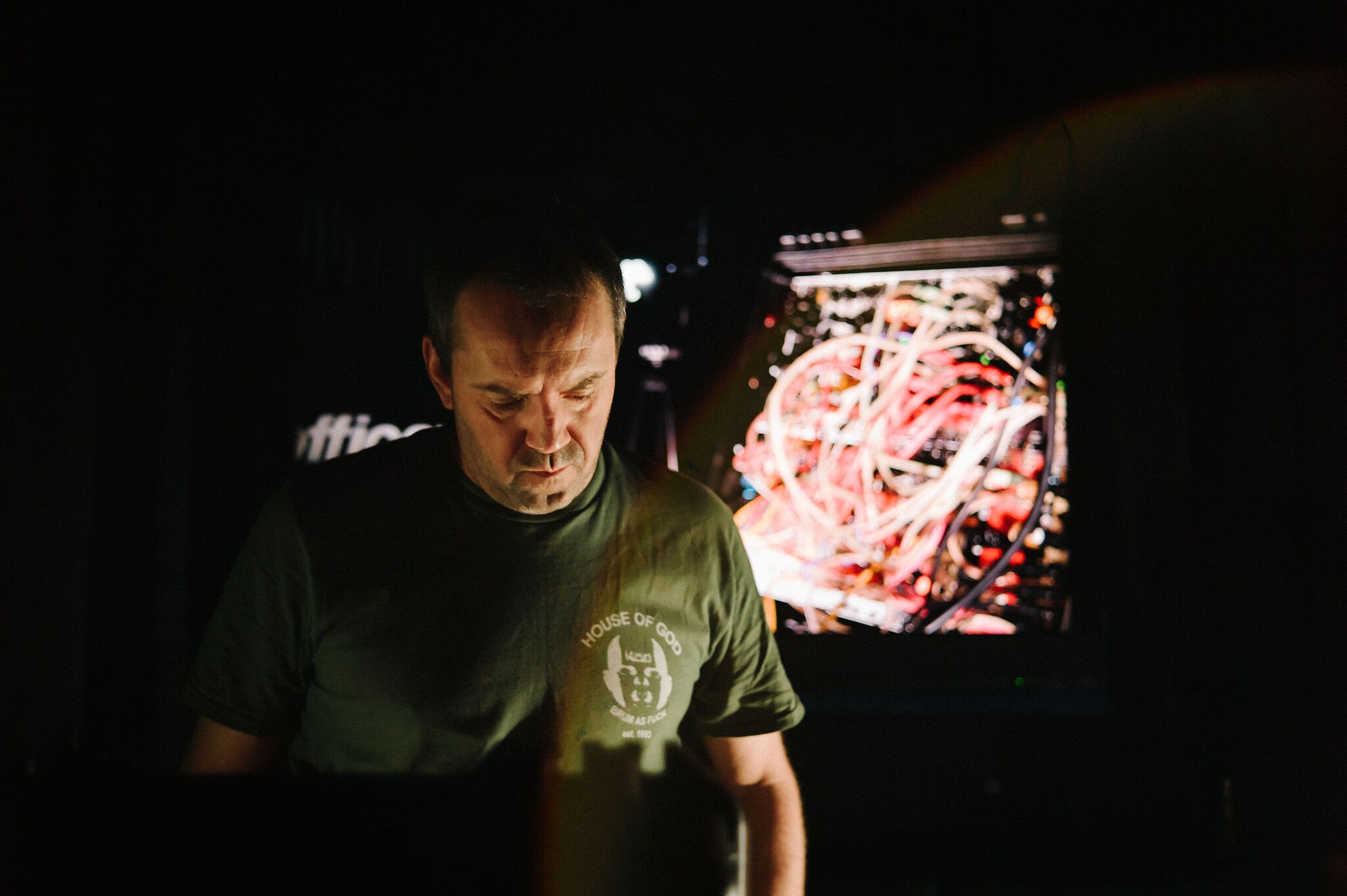 His meticulously crafted brand of techno spans over four dance-floor cuts, covering all the bases for the mind, body and soul. “Bruise Violet” opens up shop in true Makaton fashion. A venturesome stomper buffed out with an unrelenting, neurotic bass line which is sure to turn heads. “Rise and Kill” features the Birmingham producer’s inimitable swing that is dominated by another incisive bass line and served with a big side of hypnosis. Listen to our exclusive premiere of “Rise and Kill” below.

On the flip side, “Pre Language” is a masterclass in minimalism. Beefy low-ends, a galloping groove and an enchanting atmosphere turns this one into an essential tool for DJs. The final cut, “Double Heart”, delves a bit deeper. The journey evolves delicately with the help of gentle pads, an undulating bass line and a piercing hook.

Steve Bailey – aka Makaton – has been at the forefront of techno releasing peerless, influential and experimental techno music since 1998. Bailey is from Birmingham in the UK, and along with Surgeon and Regis pushes an upfront and raw sound.

With his heritage rooted deeply in the heavily industrialised ‘Black Country’ area of the Midlands, he operates in the dark and industrial landscape. Rodz-Konez was started in 1998 as an outlet for Makaton to release music. All but a handful of Makaton releases have come through his Rodz-Konez operation, a label that has released music by Regis and Inigo Kennedy, among other techno luminaries. Since its inception, the label has had more than 60 releases firmly embedding the Rodz-Konez psyche in the techno scene. Makaton’s unique production style leans heavily on dub, industrial, no wave and minimalism concepts.

Bailey’s experimental approach has seen him introduce new ways to represent techno and leave outdated approaches to the genre at the wayside. Makaton joined James Ruskin’s Blueprint label in 2015 and since then, has had 3 releases and an exclusive track released to coincide with the 20th anniversary of the label. He has also released two records on Belgium’s Token label. And now a mainstay on the German Voitax label featuring on V/A compilations and some solo releases. A Rodz-Konez label showcase was recently broadcast on BBC Radio 1 for which Makaton selected five stand-out tracks from the Rodz-Konez back catalogue and recorded introductions offering background to each track played.

Makaton’s compelling live set electrifies audiences and has seen him bolster techno in the UK, across Europe, USA, Mexico and in Asia playing at the world’s top clubs while also supporting burgeoning local scenes. Makaton’s live sets range from deep to industrial and are always sonically challenging.