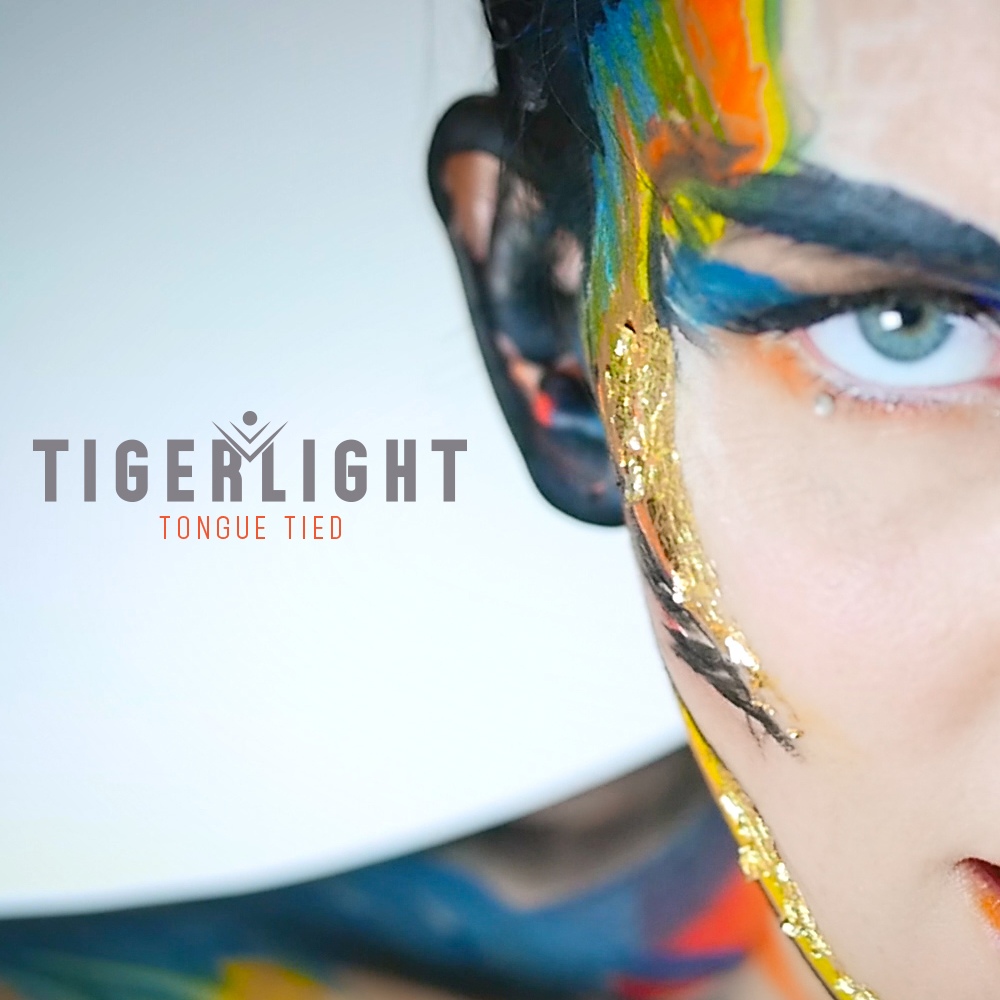 ‘Tongue Tied’ is the new single from Tigerlight, hailing the launch of her exciting record label, Tightlight Musik. A potent slab of sassy electronica, ‘Tongue Tied’ is composed with unique textures and vibrations recorded from the streets of East Berlin, then deliciously drizzled with Tigerlight’s sultry vocals and underpinned with her signature deep bass rumbles. This package comes with three tasty guest remixes – after Tigerlight and Slamboree’s sell out UK November tour, Mike Freer was an obvious choice for remix duties adding heavy break beat wizardry to the project he has delivered a floor banging electro fused monster. Cinematic Deep House/Garage hero Rain City Riot (Toolroom/Armada), cooks up a colossal Jackin’ house bomb, primed to shake down the peak time floors and Tracy Rhodes (aka My System Echo / Classic) works up a deep and disco tinged groover, teased with infectious melodies and percussive beats.

“Electronic music is so beautifully full of different colours with a multitude of shades that it would be a shame to not being able to play with many at once and watch as they create new and exciting intensities. With ‘Tongue Tied’ I sought to blend and draw out new textures and musical pathways, working with individual elements to weave sounds and stories together.” – Tigerlight

Tigerlight is a half British, half Finnish-Swedish singer, producer and DJ who lives and has grown up between Brighton and Berlin. A vibrant performer, Tigerlight DJs and sings over her own productions normally to a hefty selection of bass heavy grooves. Her live shows have seen her perform across many clubs in Europe, through to main stages at theGlastonbury Festival – including warming up for Caribou, Hot chip and Todd Terje on the Westholt’s stage. Other notable Tigerlight big shows include The Secret Garden Party Festival, Glade Festival, Boomtown Festival, Lovebox, through to headlining KOKO(Camden) and Concorde 2 and Coalition (Brighton) and a full tour of the USA.

Tigerlight’s unique productions and vocal collaborations have graced labels such as Ministry Of Sound, AEI, Party Like Us, Nest, Punks, Gold Channel Recordings, Universal, Suicide Dub and Never Say Die. And now in 2017 she’s set to launch her very own Tigerlight Musik label. Her releases have gained regular support from the likes of BBC Radio 1, 1xtra and she’s even hosted for BBC’s ‘Xtra talent’. A radio presenter and show producer for Digitally Imported (di.fm), Tigerlight hosts her own show, featuring interview guests such as The Dubpistols, The Foreign Beggars, J.Phlip (DirtyBird), Marc Romboy and more. She also hosts a second monthly show on D.I. – Groove Magazine’s, monthly chart show. Alongside her dance productions, this uniquely talented lady also writes music for feature films and award winning documentary. Most recently being an invited composer for a panel about film scores for Native Instruments as part of the Berlin film festival.

Catch Tigerlight Live at Berlin To Brighton at The Green Door, Brighton on March 31st, The Magic Garden, London on April 14th and the Shindig Festival, Bath on May 27th 2017.

‘Tongue Tied’ will be released on March 31st 2017 on Tigerlight Musik.