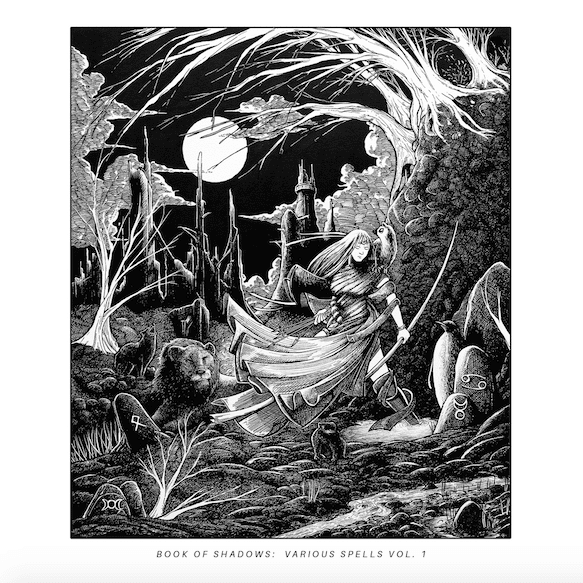 Occultists is a label concept born out of the idea of playing with the polarities of finding the light within the darkness and curating a musical output of techno that has an esoteric flair.

After making some noise with their freshman release from Dugong, label founder James Demon continued on the hunt from some fresh new artists to officially join the Occultists family. Finding just that, the label is proud to present it’s sophomore release Book Of Shadows: Various Spells Vol. 1.

Starting off the journey is Adra, an old time friend of James Demon who met as young ravers in the underground scene of Las Vegas as teenagers. Later to reconnect in their adult techno life while a short time living in San Francisco, it was finally when James moved to Berlin that he discovered Adra as a techno producer. Bringing a pure techno approach to her track “Ami”, she adds a special flair that is destined to create magic on the dance floor.

Following Adra is none other than Occultists artist Dugong who made her debut on the label with the well-received Dead Man Rising EP last year. This time around Dugong shows her diversity as a producer by delivering a techno friendly track, whilst still being true to herself with her one of a kind voice and songwriting style. The track “Heart Of War” takes the listener on a journey through the world of Dugong but this time it’s ready for those special moments in the club.

As we turn the pages of our book of shadows we come to the page of James Demon the founder of the label. Taking inspirations from his favorite horror and sci-fi films, James creates a club ready track “Old Magick” that tells a tale from the dark side that is sure to bring out the light within.

In the beginning stages of the label when he was looking for artists that fit the vibe of the occult concept a friend from Berlin would reach out to introduce him to the next artist on the label; F600. When he heard his music he was immediately sold on his eerie approach to techno and chose the track “CH2=CH2” as the introduction into our little book of spells.

Finally rounding out the EP is the only non-techno track on the release that creates a sense of diversity in the line-up of artists. Berlin based duo Zoid^ was discovered by James after meeting artist Ze Royale at one of his events in Berlin. After seeing the unique performance of Zoid^ with production and visuals from Misster Mystery, he instantly knew he wanted them to be part of the Occultists concept. Their track “Freak” takes the listener on a journey through an androids exploration of something or someone strange to them

The EP is available for purchase via Beatport.