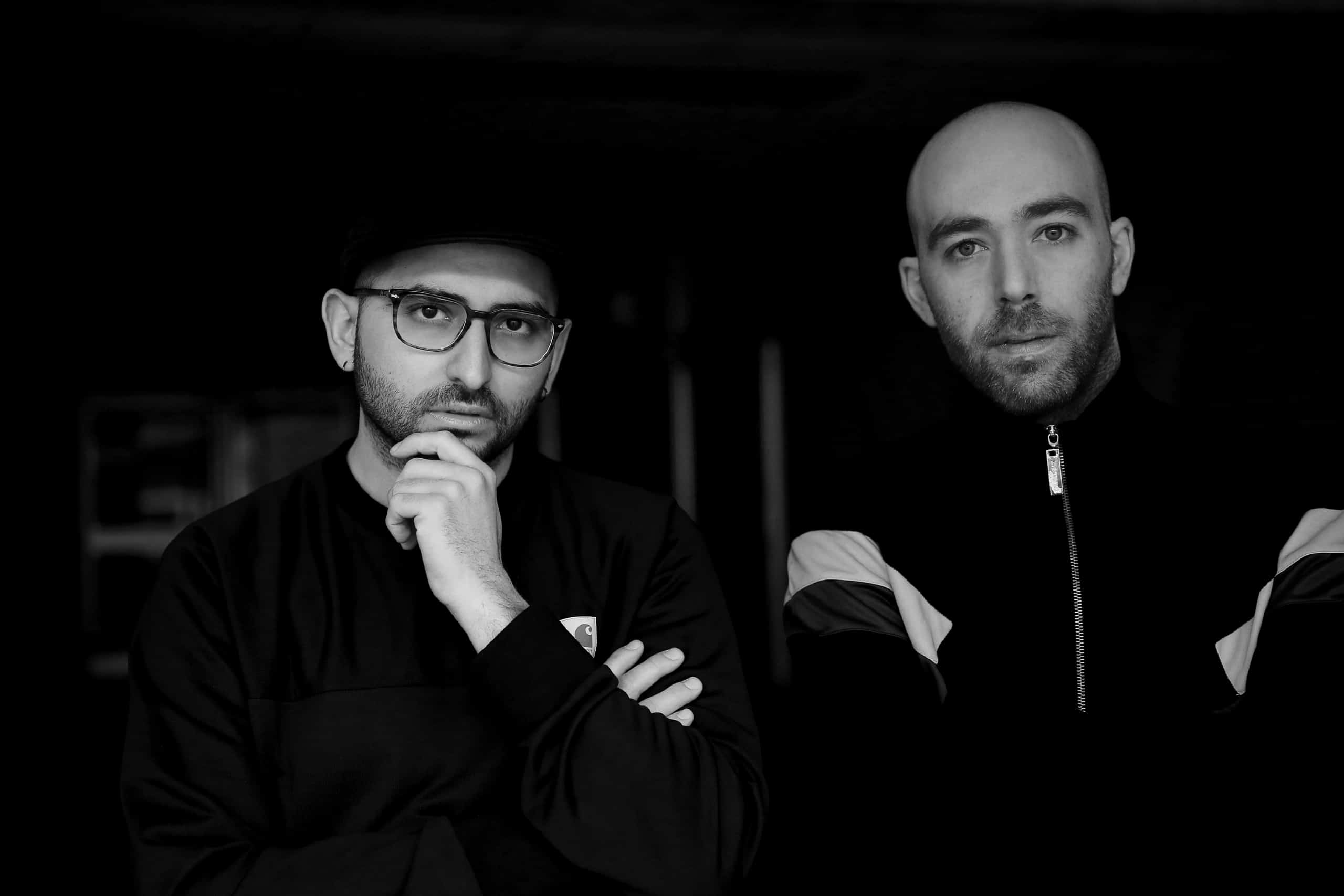 Berlin-based, Italian duo Subradeon return to their own eponymous imprint with ‘We Are Resilient, an EP with four more of their signature, elevating techno tracks and a remix from Detroit’s DJ Rolando.

Producers and DJ’s first and foremost, Subradeon find soul at the heart of their work, be it via their productions on labels like Rekids, Motech and Hardgroove – or in their consistently engaging DJ sets, where the duo’s strong bond and years of collaboration make for an enigmatic mix of layered techno, house, acapellas and samples. In 2018 the duo launched their self-titled imprint as a home for their own productions with the first two releases picking up an array of support from names such as Ben Sims, DJ Bone, Truncate, Spencer Parker and many more.

Moving into 2020, Subradeon spent the early part of the year in the studio, mustering up their ‘We Are Resilient’ EP which addresses the theme of resilience and pays homage to the story of the Native Americans fighting for their rights and in support of them, the duo have decided to donate part of the profits to a Native American charity.

‘We Are Resilient’ begins with bumping grooves balanced with powerful political messages highlighting resistance and uplifting synths reminiscent of Detroit’s soulful techno style before ‘Don’t Fake The Funk’ lays down euphoric keys, delightfully resounding kicks and vibrant atmospheres alleviating you to another plane. On the flip, ‘Wisdom’ continues with the inspiriting atmospheres as the sweeping lead synths bounce delicately off the fluid percussion and spiraling modulations in this energetic number.

Detroit artist, former Underground Resistance member and R3 Records label boss, DJ Rolando who has a number of outstanding releases to his name on labels such as Delsin, Ostgut Ton, UR and his very own label, rounds off the EP with a pulsating remix of ‘Wisdom’ featuring shimmering bass rolls smeared over the beautifully panned drums and sparse yet solemn strings.

Enjoy the exclusive premiere of “We Are Resilient” from Subradeon below:

Techno producers and DJ’s first and foremost, Subradeon find Soul at the heart of their work, be it via their productions on labels like Rekids, Motech and Hardgroove – or in their consistently engaging DJ sets, where the duo’s strong bond and years of collaboration make for an enigmatic mix of layered Techno, House, Acapellas and Samples mixed live, often using the classic six-turntable-two-mixer setup synonymous with back to back Techno DJ’ing. Giuseppe Salone and Salvatore Iannotta met in their mid-teens at home in Caserta, a small city just outside of Naples. Quickly bonding as a result of their love for the blooming Napoli Techno scene, the two friends started to DJ together, emulating the 140+ BPM style they were introduced to by Dave Clarke, Gaetano Parisio and Rino Cerrone at venues like Old River Park and Golden Gate. After becoming regulars on the Neapolitan club circuit whilst still in their late teens, they saw the early 00’s techno that they had fallen in love with start to slip away from club culture in their home province.

As a result of this, Giuseppe made the move to Berlin in August of 2012 and after falling in love with the city, convinced Salvatore to join him six months later. Fast forward to 2017, after a few years spent honing their sound and Subradeon’s ‘South Connection EP’ found it’s home on Detroit’s Motech label. The EP encompassed four tracks, opening with the sweeping ‘Magdala’, before the ready stomp of ‘Hood’. ‘South Connection’ takes it deeper with scattered synths, before closer, ‘Trouble Woman’ delivers a witty vocal cut-up among the Techno beats…

This release was duly picked up by the wider techno community, and, gathering momentum, a year later Subradeon launched their eponymous label and dropped SBRDN001 – a 180g Vinyl four-track EP which asks one question: “What would you do if you woke up one day, deprived of your emotional memory?” to which the duo responds: “There is a technological revolution with the impact of automation and cybernation. And that is a human rights revolution, all over the world.” [Track ID: Cybernation]

This EP captured the attention of Radio Slave, leading to the birth of ‘Walking Through Motown’ dropping just a few months later on his own label Rekids. The record was a true bomb, designed to draw you into Subradeon’s take on Motor-City-Soul and take you on a journey through the 313, in homage to the Detroit pioneers of the Techno sound.

Moving into 2019, alongside picking up a regular slot in the booth at Tresor, Subradeon dropped ‘Movement EP’ on Deetron’s label, Character. The EP was a vocal response to their heroes in the wider Techno community, a moment of gratitude centring on the premise that ‘Each One, Teach One’, honouring the sonic masters who had come before them.

Subradeon then delivered their second EP of 2019 on Subradeon Records, ‘Sounds of Our Mothers’ Mothers’. The title track is a pounding, soulful ballad carried by a voice of freedom – a message of thanks to those women who have shaped the destiny of humanity.

Moving into 2020, Subradeon spent the early part of the year in the studio, preparing for new releases to come in the second half of the year, alongside recording a dynamic and pounding mix for HOR during the lockdown.