DEAD CERT. Records is a label linked to the well-known website deathtechno.com ran by Jack! Who? in the UK. A diverse palette has seen the previous releases feature music from artists including Audio Injection /Truncate, Paul Mac, TWR72, Echoplex, and Petter B to name but a few.

“Cycloid” begins with a sense of drama and deep cerebral aesthetic, before the pulsing, hypnotic acid bursts through and it really picks up power and attitude.

Track two “Horopter” has an altogether straight and rolling groove of delayed sounds and a cavernous feel. Later getting into a riff of abstract metallic tones, this has a juxtaposition of serious vibe and jovial mood that is a real weapon.

Third on offer here is “Catenary” that completely switches up the style, bringing a freshness to the fray. Combining angular licks and rough industrial textures, it’s also laced with a gritty and dirty analogue funk.

To close the EP is “Isochrone” that skilfully harnesses a stuttering melody and plucking sonics with masterful precision. Brooding and tough, additional layers of sonic grunge raise it to intense heights of mind-twisting goodness.

Born in Zurich and grown up in Italy, Stephan took his first steps into the techno world in the late ’90s, taking inspiration from his idols Jeff Mills and Dave Clarke. His first appearances behind the console began from a young age and due to his talent, he very quickly became a resident in some historic places in his province (Vicenza). His artistic career achieved his first major achievements in 2001 when he debuted with his first Zool EP vinyl on Underground Media Records by Mauro Picotto and landed at the legendary Italian techno club Matrix in Brescia, where he has been regular resident for five years.

Since 2013, he has been resident at HYPER’s events in Italy (near Venice), which became the stage for international techno legends such as Dave Clarke, Speedy J, Ben Sims, Oscar Mulero, Surgeon, Slam, and many, many more.

The tracks from recent EP’s like “Runaway Giant” EP on Decoy, “Horsehead” on Black & White, and “Diving Echoes” on Amazing Records, were played and appreciated by Dave Clarke, Ben Sims, Rebekah, Drumcomplex, Submerge and many more. His latest EP’s can be heard on on Jack! Who?’s DEAD CERT. Records, SK Black (includes the hypnotic remixes of XHEI and ViL), Naked Lunch, Vegim’s TMMR, DISTRICT4 (with two remixes for DJ Emerson) and SMR (with remixes from Israel Toledo & Lathan).
Stephan Krus’ sound includes not only years of experience as a DJ, but also 20 years as a techno lover and fan. His DJ sets are a mix of old-school rhythmic, distorted and industrial rhythms, hypnotic synths, and power-full kicks: a journey towards unexplored galaxies with an ever-turned look towards the farthest past.

Stephan Krus’ Transcendental Curves is out now and available via Beatport 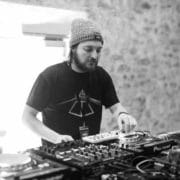 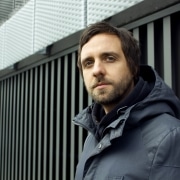 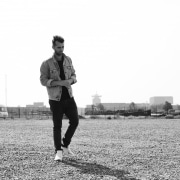 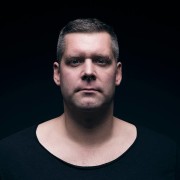 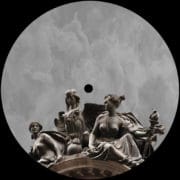 ‪- 7 DAYS UNTIL ⚰️‬ Tickets via link in bi

The format of the BL__K NOISE events has morphed o