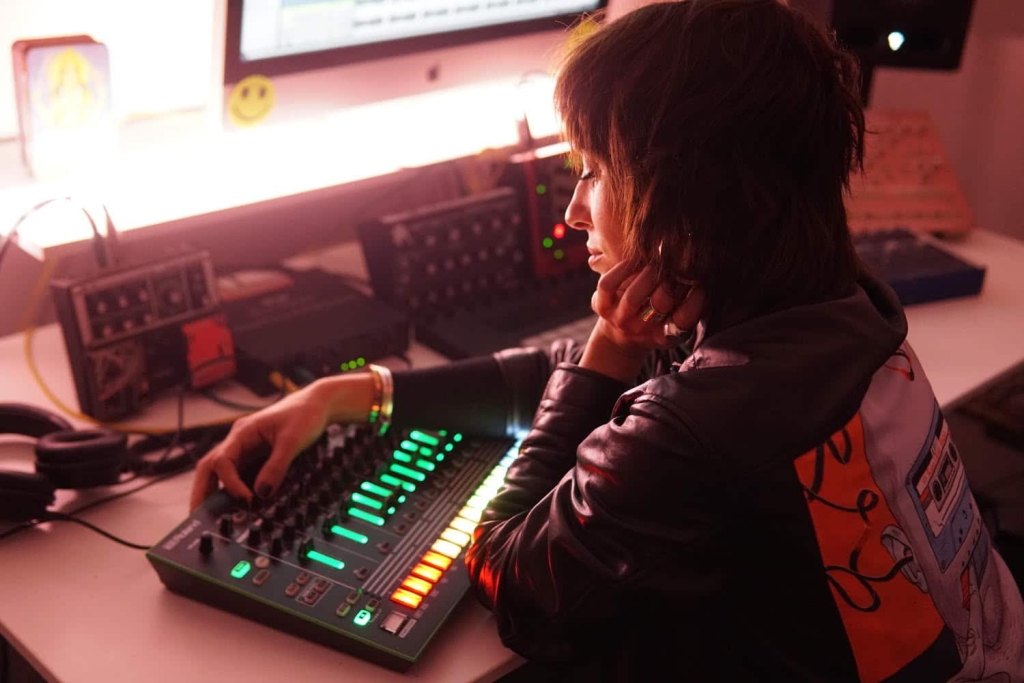 Pounding basslines, relentless ravey hooks and frenetic rhythms ignite the EP, as the formidable Phase Insane label boss takes us on an intense peak time journey through the unrelenting title track “Death Valley”. Up next, unremitting bass and penetrating industrial samples continue into Indira’s second original offering, “Alaska,” as Paganotto continues to demonstrate why she’s amassed such a strong reputation as one of the most prolific and promising sounds in underground techno.

Fresh off the back of his hard-hitting Kobe EP (with Hito) on Simina Grigoriu’s Kuukou Records, SUDO is first to step up to the plate on remix duties, as he delivers a impressive warehouse rendition of Paganotto’s relentless opener, before Maxie Devine delivers his emphatic interpretation of Alaska to close out another remarkable EP on the Octopus Warehouse Series.

“Alaska is a very special EP for me because it was created in quarantine, with many mood swings reflected in each track. ‘Death Valley’ is pure Goa – epic energy and melodies that make you go into a trance like you’re in an open-air festival at sunset with a sandstorm. And ‘Alaska’ was created for club. Dark sounds and powerful voices that make you shut up and move your legs! I also had the great pleasure of having two wonderful remixes by SUDO and Maxie Devine that complete this EP and make it so special for me. I hope you enjoy it.”

Listen to the exclusive premiere of the title track “Death Valley” from Indira Paganotto on Octopus Recordings below:

Born in 1992, Indira Paganotto is currently one of the most talented producer of the national electronic music. Indira has had an eclectical musical education. Her father was a DJ in Goa, India, in the 90s and was her musical reference since she was a small child. His collection of acid house, goa trance, jazz and rock psychedelic was the perfect library for the young Italocanary artist-to-be.

At 16 she became interested in the vinyl records she found in her father’s collection and began DJing in clubs on the island. The following year Ian Pooley signed her to his label and she released her first vinyl “Underground Love ” with collaborations from Jef K Gwen Maze, G-Room and Ian Pooley.

Indira’s sets are full of groove and forcefulness. She draws on elements from all genres including psyprogressive, minimal and techno, not afraid to blend genres or styles, always using organic acid touches reminiscent of her musical heritage. This energetic eclecticism has become her main signature sound, alongside her constant smile.

2019 was a prolific year for Indira. She released a solid EP called Number on Octopus Recordings, followed by two tracks on her own Octopus Recordings Compilation. At the end of 2020 she will launch her own vinyl imprint, Phase Insane Records, where the first reference will be a collab release with Unkle Fon, complete with remixes by Flug and Ricardo Garduno .