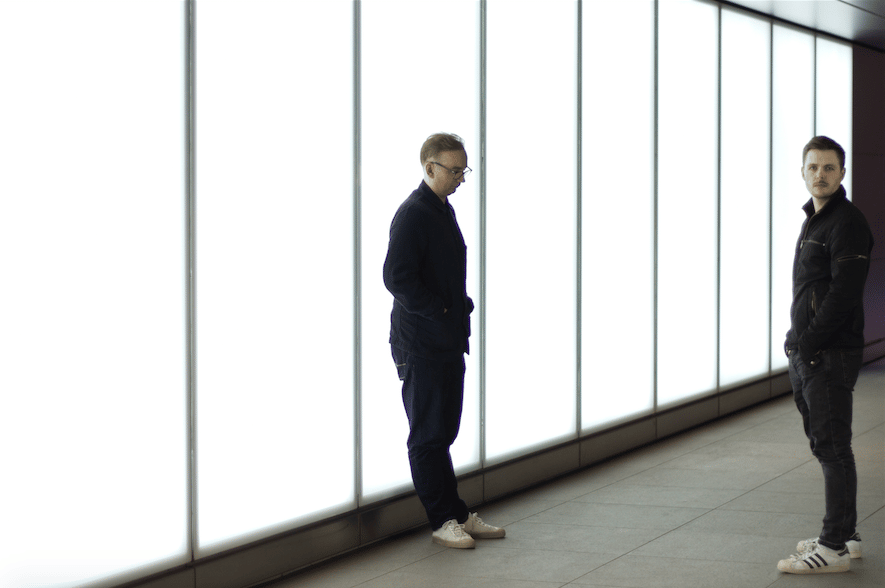 Having worked with Sasha, The XX, and Pete Tong while keeping their identity under wraps until now, Dream Logic is the debut LP from London duo Sentre aka Dave Gardner and Denis White.

Navigating everything from electronica, pop, R&B and house, Sentre’s debut album is a far-reaching debut LP from a duo whose unrivaled experience behind the limelight of music’s biggest stars has provided them with the tools and abilities to craft one of the most impressive albums of the year. Dream Logic yields propulsive melodic techno, sensual downtempo electronica, stunning soulful vocals, blissful progressive house, ethereal breakbeat and more, marking them out as a particularly diverse force.

To understand Sentre we must look at their impressive résumé, which includes working and remixing a diverse roster of high-profile artists across a wide musical spectrum. On their list of accomplishments we find work with Sasha on his legendary Involver project, as well as reworking and producing music with and for The xx, M83, Pete Tong, Calvin Harris, Maribou State, Moby, Foals and Little Dragon to name just a few. 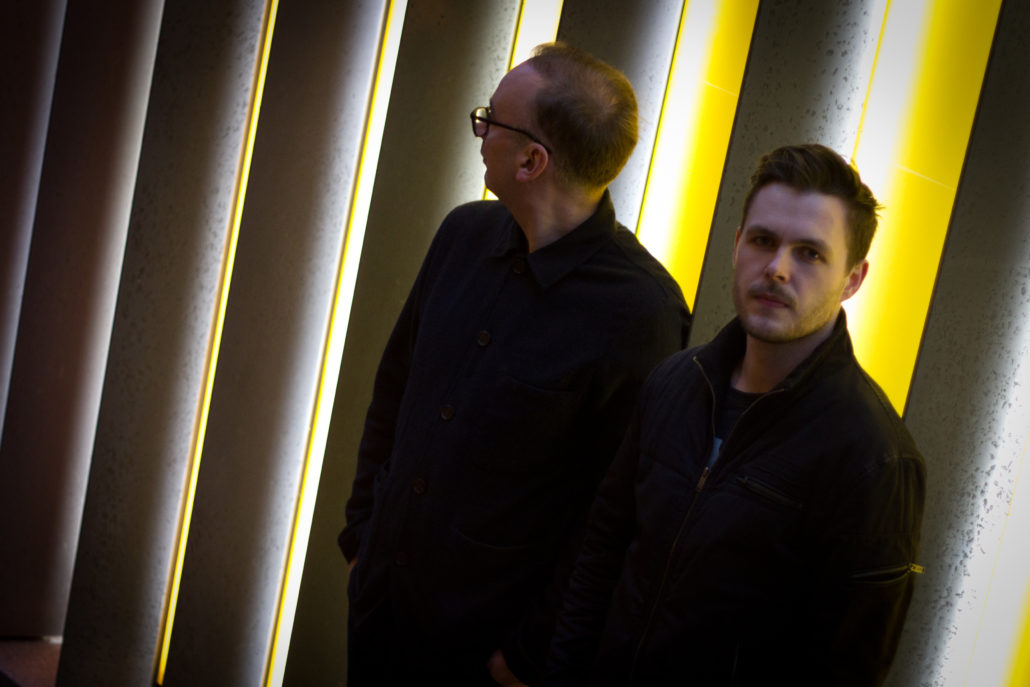 It is through this eclectic and long list of past work experience that Sentre draw the inspiration and talent to create the cutting-edge and boundary-less soundscapes that make up their debut LP.

With an album of this quality, it’s just a matter of time before Sentre break from ‘under the radar’ producers to a household name.

The duo’s background working with and remixing a diverse list of high-­profile artists comes through in their ability to cover a range of moods and styles in accomplished fashion. Their many credits include working on Sasha’s legendary Involver project and reworking and producing The xx, M83, Pete Tong, Calvin Harris, Maribou State, Moby, Foals and Little Dragon to name just a few. They pool all of this knowledge to create a cutting edge contemporary sound that knows no bounds, adding the years that they have spent DJing into the mix.

“Working in a studio you are constantly pulling ideas in from the strangest places” explains David. “Some old idea through new technology can give you something incredible—or the latest piece of software through an old synth can do the same.”

Today we are premiering ‘Eclipse’ featuring 1403 from the album, which comes out on Bird Up! on August 4th. The track oozes summer vibes, filled with infectious hooks and lyrics. Enjoy it below and read on for our interview with the duo:

Hi guys, congratulations on the forthcoming album! How long did you guys work on it?

Hi Marco. Thank you for talking to us. We’re very happy you like the album. We worked on it over the course of a year. It took us that long as we’ve both been doing so many other projects at the same time as trying to finish the Sentre album.

You both have an impressive resume in the world of electronic music and have now formed this project together. Can you guys talk to us a little about why Sentre was created, when the idea was formed and what the thought process was behind it?

Between us we had a lot of demos and ideas that seemed to work as a project. We started to develop them a bit and it turned into the album. It’s been brewing for a little while now and we worked on it as and when we had the time really. We wanted to make something that you could listen to from start to finish and get lost in.

You have both worked in Sasha’s team for years now. How did that come about for each of you?

It just kinda happened over the years through mutual friends introducing us to each other.

Did you wear different roles when working with Sasha or worked on the same projects together?

No we pretty much do the same thing as when we are working with Sasha. Obviously Sasha has his own taste and when we work with him we find common ground where it all clicks. It’s a very collaborative process where lots of ideas are flying around. Sometimes a track you worked on a few years ago will fit with a new idea, which we’ve been doing a lot of recently.

How influential has Sasha as an artist and his music influenced Sentre as a project and the forthcoming album?

Sasha is always very supportive. We actually gave him a lot of the music without telling him they were our tracks to see if he’d play them.

Who would you say are some of the main music inspiration behind Sentre?

We really like the way people like Caribou and Koze approach their music but also the likes of Clark, Jane Weaver or even Radiohead. We’re not massive fans of saying ‘ we do this’ as its very limiting but we do like the idea of taking on a mood or style of music and putting it in the wrong environment and seeing what happens.

With everything you guys have going on do you consider Sentre as a side project or is this going to take center stage in the coming years?

We only work on things we’re into, so I guess everything is equal.

The album is eclectic, no doubt, and in a recent interview with change-underground you discuss not needing to genre-define a track when you’re in the studio. With that said, however, what kind of setting do you see Sentre’s music played in? And in which setting do you see yourselves playing in?

Hopefully it works for people however they are listening to it. We definitely want to do some live shows and find ways of messing with the tracks for that kind of show. 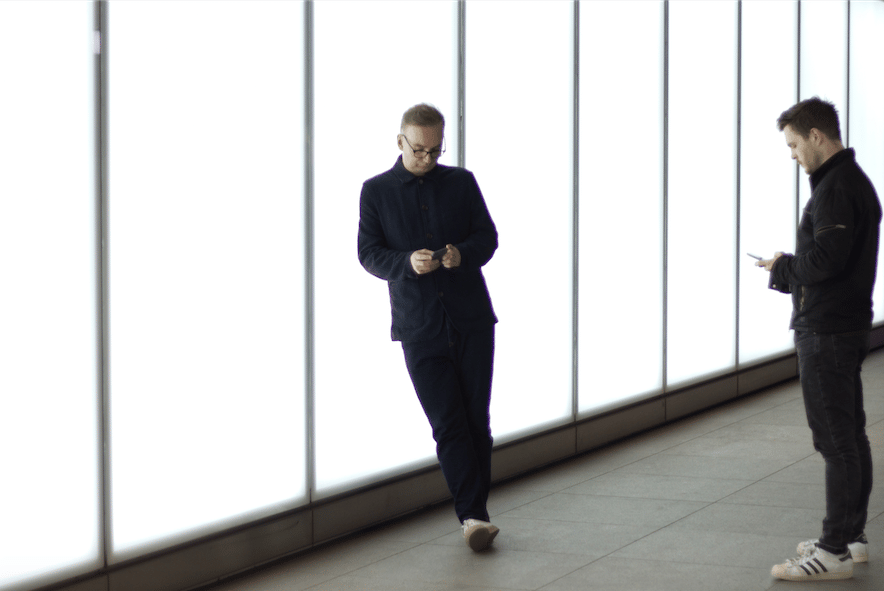 The idea of DJs playing “Live” is one of the “in” things at the moment. Why do you think that is?

What set-up do you guys use in the studio for producing music?

We use anything we can get our hands on really. There isn’t a right way or a wrong way to work. As long as the end result is close to how you heard it in your head originally it doesn’t matter what you use.

Will you be using any similar set-up for live sets?

That’s all up in the air at the moment, we need to figure out how and where we are going to do it first!

And lastly what is the goal with Sentre ultimately in 5 years from now?

The goal is to hopefully to still be talking to each other in 5 years.