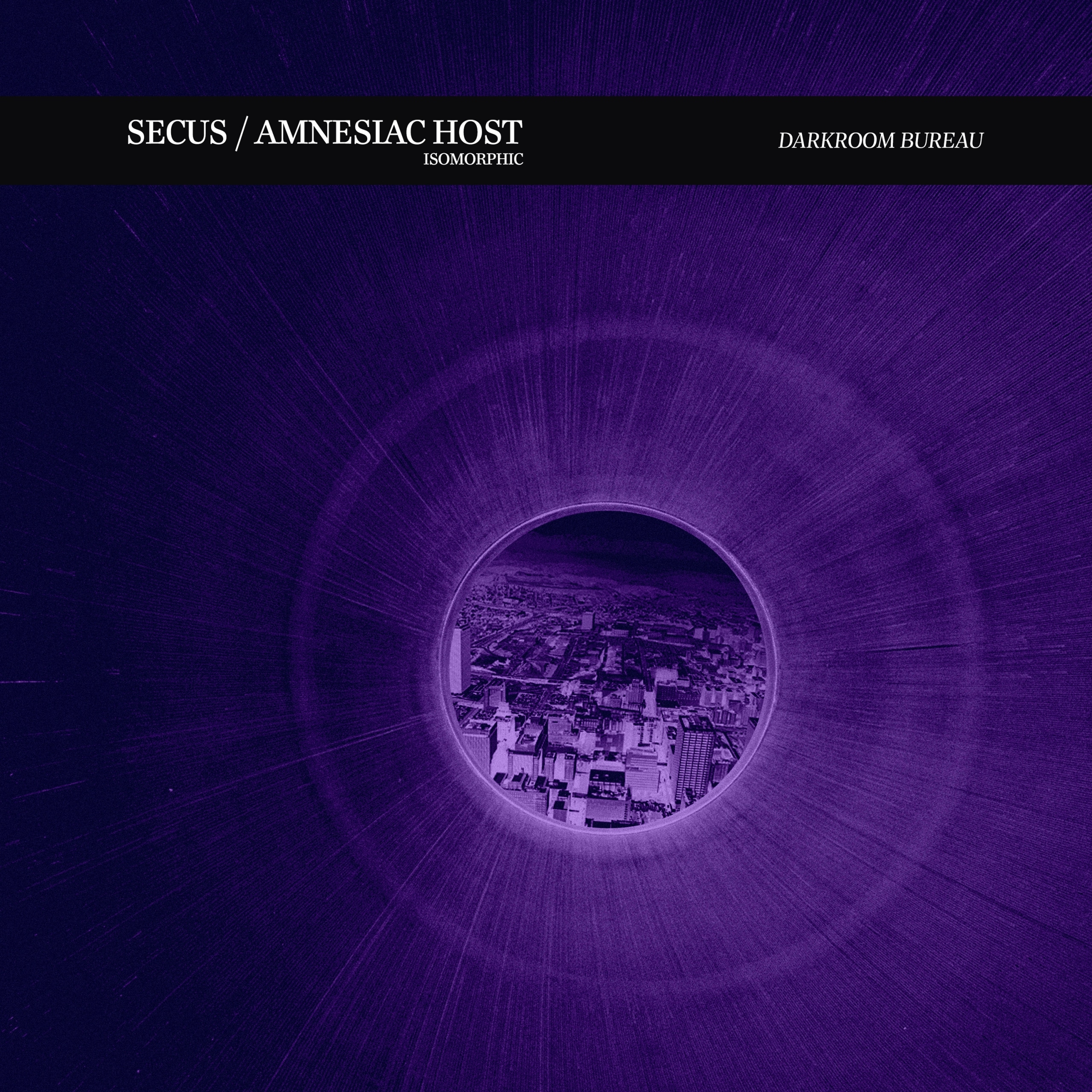 Isomorphism is achieved when an operation can be performed on two objects of different origin and yield equivalent outcomes; different means to the same ends. Secus and Amnesiac Host illustrate this symbiosis on Isomorphic, their collaborative debut release for Darkroom Bureau.

The pair joined forces with a mutual interest in hardware synths, working to illustrate the deep and atmospheric sides of their production techniques. The EP features an eponymous track they coproduced in November 2019, two new original mixes ‘Disintegrate’ and ‘Midnight Run’ by Secus, as well as a remix of ‘Midnight Run’ from Amnesiac Host.

For Secus, this release follows up the ‘Interlinked’ EP on Ascetic Limited, released in January 2020. Amnesiac Host follows a recent single ‘ifconfig,’ released on the V/A compilation of Operandi Records in March 2020.

Listen to the exclusive premiere of Secus’ “Midnight Run”  below.

Born Matt Salamone, Secus has been a musician since 2002, audio engineer since 2005, and producer since 2010. In 2018 he started his solo project, Secus, with a forthcoming release on Ascetic Limited and SF based label, From 0-1. Originally a drummer, he is strongly influenced by jazz and metal genre’s, translating their deep, driving, and technical elements into his own composition of techno. His powerful yet dynamic approach aims to satisfy everyone on the dance floor.

Together with Altrd Being aka Carlos Matamoros they formed Motionen.

Motionen’s debut EP is titled ‘Imago’ and was released on their label Ascetic Limited in 2016. In 2017, they released their second EP ‘Balance Theory’ on Christian Gerlach’s Lanthan.audio also the duo has released: Tree singles as part of tree VA compilations one for Lanthan.Audio called Lanthan.Extract 2017 along side Edit Select Milton Bradley, Echologist, Mike Parker, Christian Gerlach, Deepbass, one for Ascetic Limited for its VA_03 compilation 2018 along side Hail BLK, David ATT, Alfredo Mazzilli, Antonio Ruscito and one for Northallsen Records on a VA called Universa Natura vol.III along side VII Circle, Motionen, Concept Of Thrill, Clotur, Astronomy Domine, Aleja Sanchez.

Amnesiac Host is a producer and DJ of unspecified origin. The moniker is a nod to Tails OS and, more generally, the ideal of a computer that’s agnostic of personally identifiable information. Sonically and thematically, the music centers on intersections between technology and cultural development, specifically the sinister growth of the surveillance industrial complex.

With a background in engineering, producing under this ethos came naturally. Initially dabbling in other electronic genres such as synthpop and power electronics, Amnesiac Host settled into making techno after a significant trip to Berlin Atonal. He quickly developed an interest in producing with synths and drum machines, starting with a Korg MS-20 and quickly committing to an all-hardware workflow. The rationale was to record only what could be reproduced in a live setting.

Amnesiac Host connected with like-minded producers Monix and Komprezzor to co-host a Movement opening party in 2018, premiering a well-received live set. He then released a debut EP ‘nmap’ on his eponymous label before returning to Detroit for another live set in May 2019. Since then, Amnesiac Host has published monthly charts and DJ mixes while writing for ‘Manhattan Directorate’, an EP released on Darkroom Bureau in December.