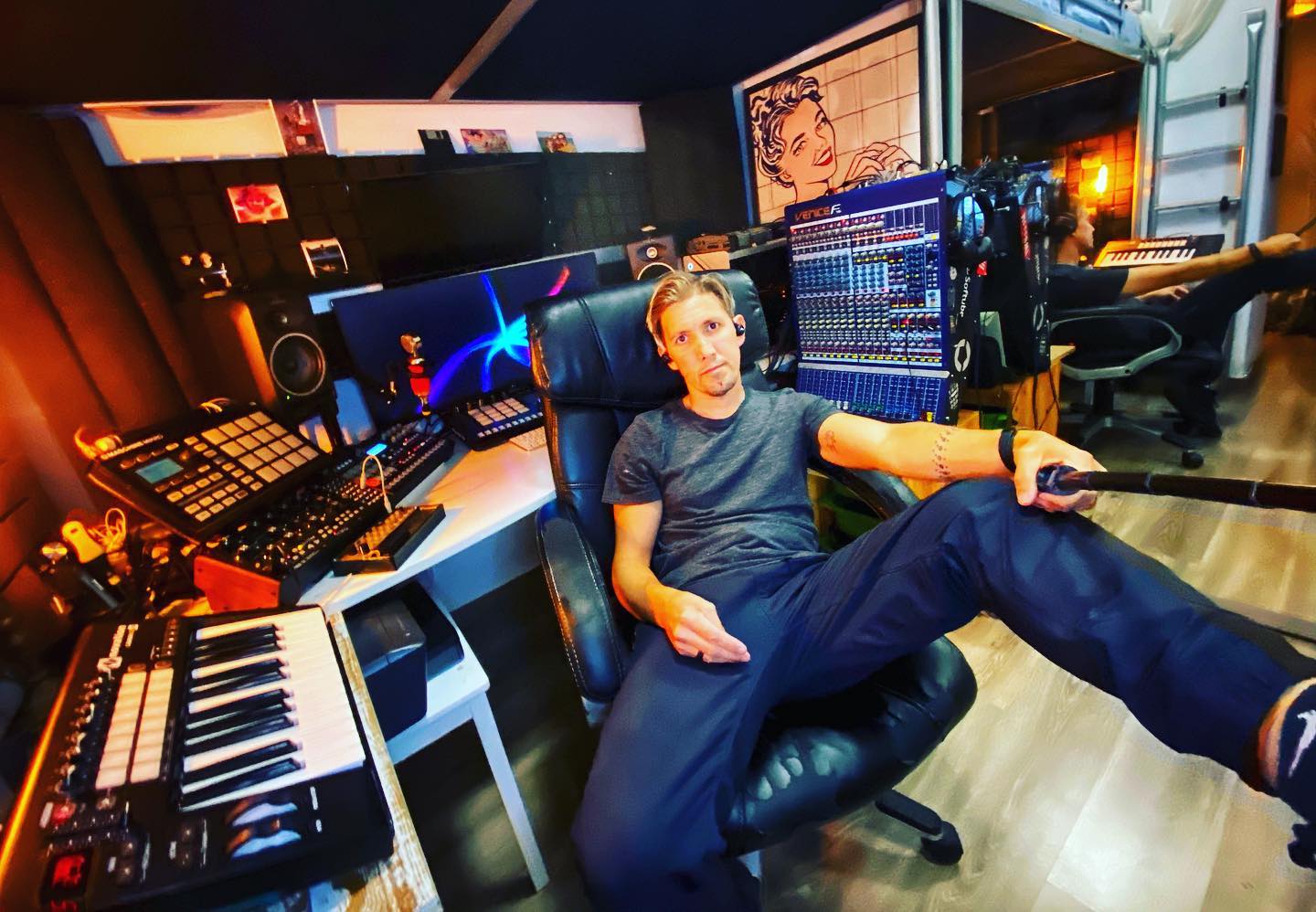 Sebastian Lopez, also known in the electronic music scene as Flug, starts his own label Existentia Music with an important reflection: “Everybody leaves a trace after experiencing life and, in my case, what will remain is music”

Flug’s new label is an in-depth project that the Argentinian artist has been developing for a long time and finally comes to its birth, commencing its own path. Expect releases from his own and also regularly diverse VA from renowned and newcomers artists.

After more than fifteen years working as a DJ and producer, Barcelona based Flug has been releasing music in the most relevant electronic music labels, surpassing the encapsulated techno genre and embracing a much wider musical perspective. Existentia’s label might be the sum up of his trajectory, always characterized by a profound commitment to creating and playing outstanding music and a devoted passion for his profession. You’re more than welcome to enjoy, listen and play Existentia’s very first release: Body Tales.

Body Tales EP comes with 4 tracks, each one unique on its approach to techno and beyond. It starts with “Electronic Mesures”: a timeless, melodic and memorable electro track that enforces positive and strong energy. It could be, just freeing imagination, an epic closing track after an all night long powerful set. “Body Tales” a timeless track that gives name to Existentia’s first release, delivers suspense and an engaging rhythm: refined drummy techno to non stop dancing. “Time Shift” goes deeper and faster: it’s cleverly built to make your body move and your mind depart into an introspective voyage. Progression is an arid and hectic tune, but without excesses, delivering a thinking-forward dancefloor track to be played when the crowd is needing intensity.

Time passes by, music is eternal. Keep on dancing might be the best way to celebrate Existentia, a way to get close to the infinity and ride out from the storm.

Enjoy the exclusive premiere of Sebastian Lopez aka Flug “Time Shift” from his “Body Tales’ EP on Existentia Music below:

More About Sebastian Lopez aka Flug

Flug, as his name suggests, allows his audience to take a trip back to their roots, back to their inner self and what it is to really feel techno. In venues such as, Space Ibiza, Arena Club Berlin, Rex Paris, Moog Barcelona, Hyte Amsterdam, and MAYDAY, Dortmund to name a few, the Argentinian´s definition of techno has been clearly demonstrated not only through his DJ sets that are as devastating as they are uplifting with his serious kick drums, use of hi-hats and reverberating basslines, but also through driving his own organically produced techno forward with an EP released on CLR – ‘Sincrodestino’, and remixes for SOMA – Slam Reverse Proceed Remixes, only to scratch the surface, cutting his industrially chiselled sound with melodic rhythms both elegant and almost eloquent in nature.

His music is now recognised and played worldwide having artists such as, Chris Liebing, Adam Beyer, Len Faki, Dave Clark, Ben Sims, Speedy J, DVS1, Pfirter, Oscar Mulero, among many others, as supporters of his work.

Flug’s unrivaled and brutal self-discipline in the studio, his humbleness in approach, his fierce passion for and overall dedication to the cause, as well as having grown up living and breathing electronic music, have given Flug, real name Sebastian, a long and welcoming insight into what it really means to be a DJ and producer in today’s techno world, which in his opinion, means keeping it real.

Having a solid career in what he truly loves, Flug now plans to start his own record label early next year with his new album ‘The Man Behind the Artist’, already in the pipeline to be edited and released on one of Berlin’s record labels, Enemy at the end of 2015. The album, when finished, will be by far his most personal and reflective piece of work, as it is, in his words, “statement of freedom”

A1 | Electronic Measures
A2 | Body Tales
B1 | Time Shift
B2 | Progressions