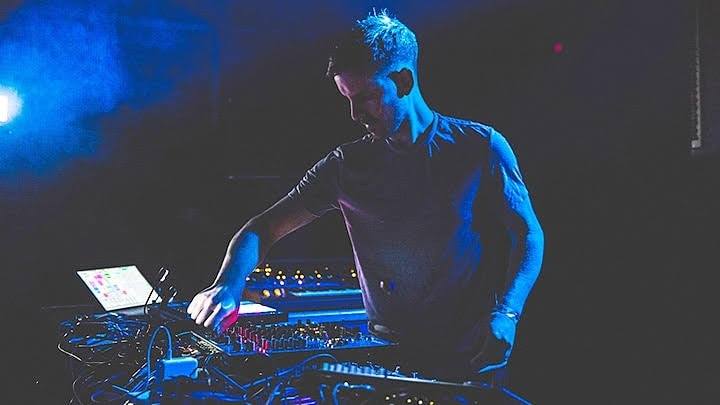 Reset Robot is back on his label Whistleblower for a new EP titled Atomic Concept, in the techno style he has featured on other imprints such as Drumcode, Hotflush, Truesoul, Suara and We Are The Brave.

Known for his trademark style that blends stripped back grooves with ambient textures and suspense building energy. His clinical style and attention to detail has earned his tracks DJ support from some of the most influential spinners ranging from Pan-Pot to Nicole Moudaber.

In addition to his many solo tracks and remixes, he has also joined forces with numerous other heavyweight producers to collaborate on tracks like Alan Fitzpatrick, Adam Beyer and Christian Smith.

Featuring six original tracks, this new release from Reset Robot is another great example of his dystopian style that has earned him a widespread selection of fans from across the full spectrum of the techno genre.

“What Are These?” opens the release in Reset Robot’s trademark understated style with bleeping synths and rattling percussion, before the gradual introduction of the melody part that builds with morphing modulation.

“Play” is second on the release, and its distorted kick drum and bubbling acid-line are soon joined by the melody of some epic pads that add a twisted euphoria to the intensity of the drama that’s unfolding.

“Flying To The Top Of Dorian’s Mountain” is a distinctive title that matches the frantic energy of mechanical percussion with eloquent synths and delicate melody. Imaginatively titled, it paints sonic pictures of a birds eye view flying into a head wind between dangerous and stunning mountain terrain while the sharp rocks create a sense of impeding jeopardy.

“Umpf” is a masterclass in minimalism, and how precision changes can make a big impact on a dance floor. In a similar vain to Richie Hawtin’s classic “Spastik” it’s a track built with nothing more than a drum machine and some effects.

“Strange Atomic Concept” closes the EP with a dubby soundscape layered on sparse percussion while subtle touches of modulation fill its atmosphere with anticipation.