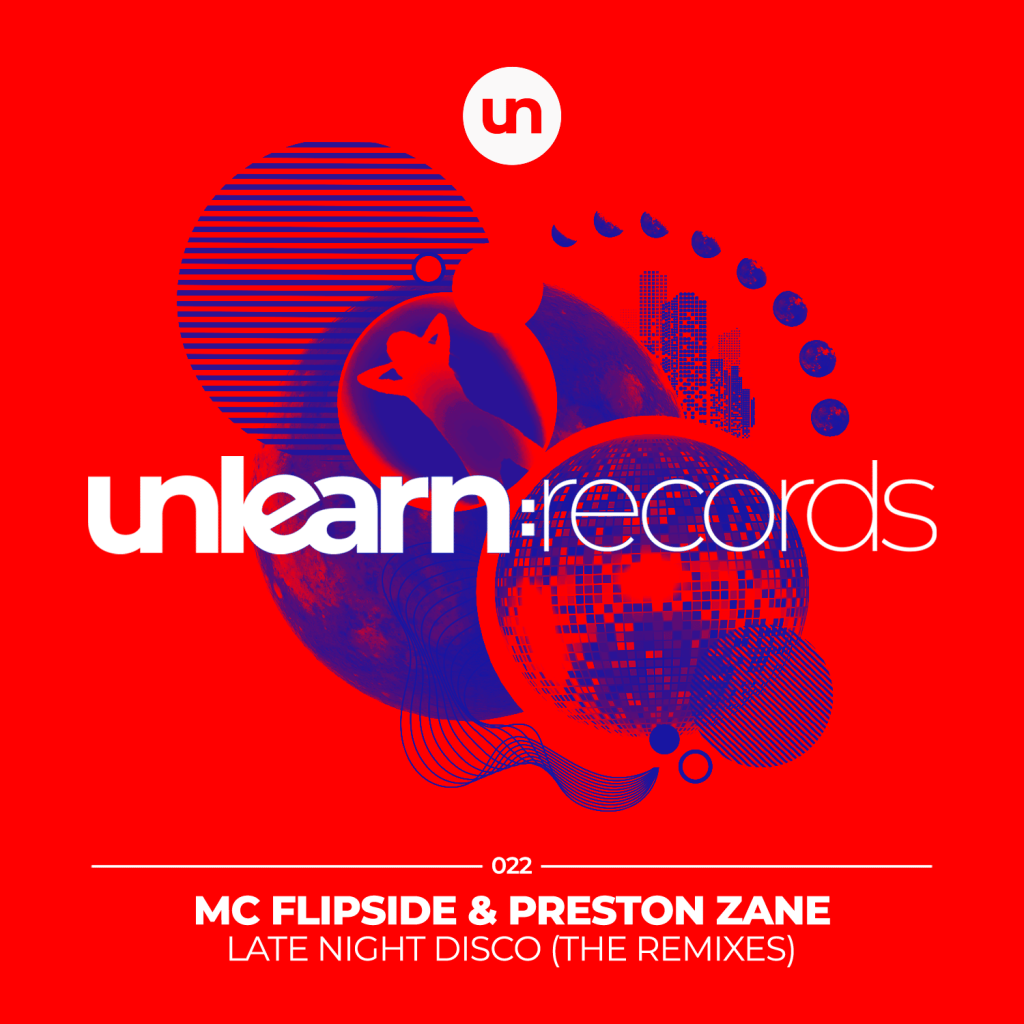 Unlearn revisit one of the biggest releases from their catalogue, bringing us brand new remixes on Preston Zane and MC Flipside’s Late Night Disco from Vanilla Ace & Venky and label founder Doc Brown.

Originally released in 2021, Preston Zane and MC Flipside’s Late Night Disco is a searing tech house cut with drive and groove that perfectly feeds the energy of after hours rooms with loose, loopy synths punctuated by Flipside’s gritty vocals. It went on to become a defining record for Unlearn Records and a staple in many DJs sets, making it fertile ground for a couple of brand new remixes!

Vanilla Ace teams up with Venky for a snarling, seething tech house weapon., with a chunky, rolling bassline, clattering fills and a warped piano line coming to the fore during the epic breakdown. Doc Brown opts for a more hypnotic vibe with his interpretation,  slowly building the tension with subtle washes of white noise and a prominent lead synth stab that ebbs and flows throughout.