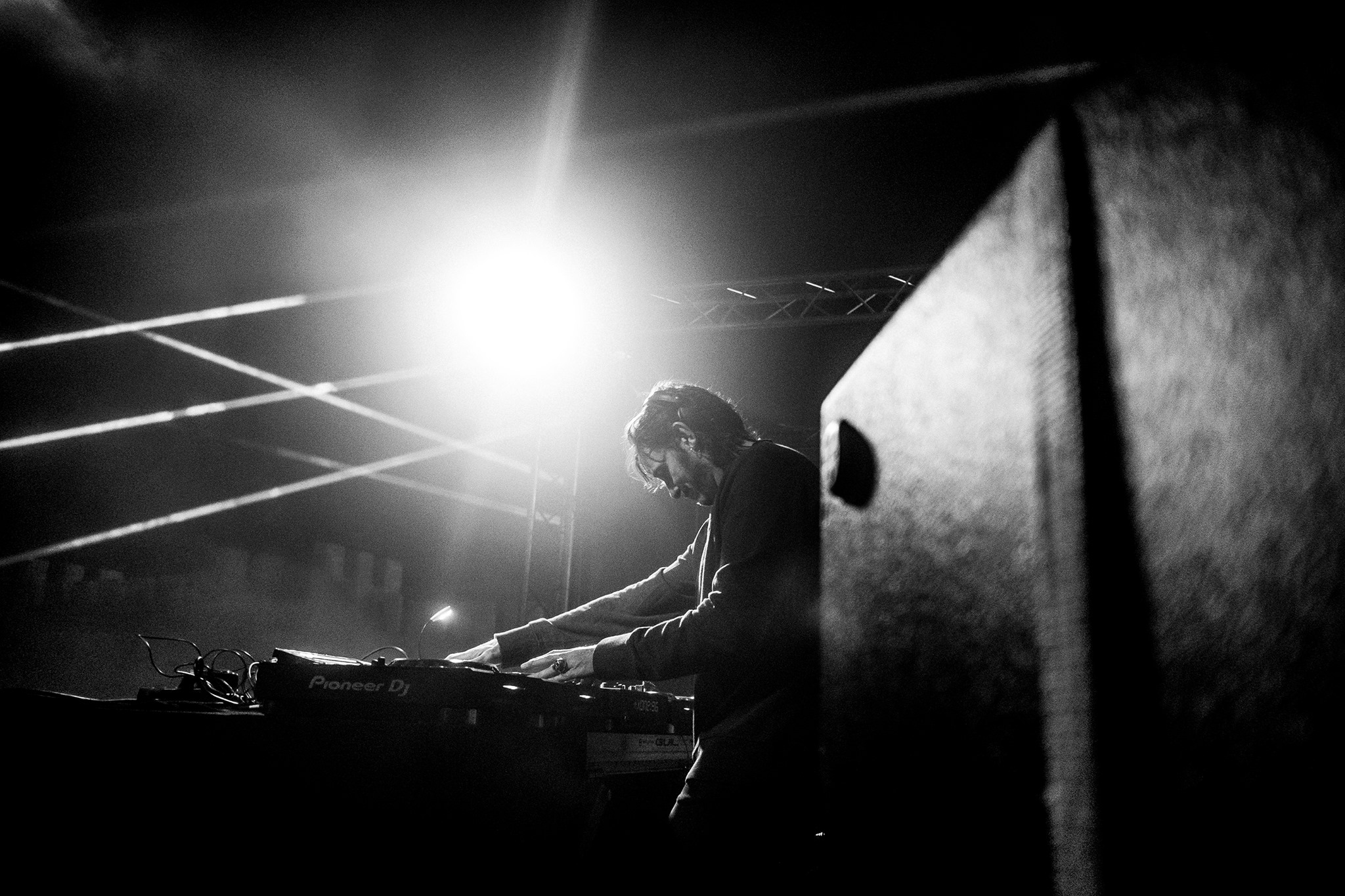 Number 060 in the PoleGroup catalogue is tight and sharp, and it’s no surprise to see that Oscar Mulero is the mind behind this creature, offering three cuts of merciless techno exercises both physically and digitally.

The opening track is “Tormenta” translating to Storm in Spanish, a fast-paced groove with almost all elements up from the very beginning. Wisely distorted drums, continuous filtered sequences, a sharp elastic line running and mutating across the structure. Direct and mental at the same time.

Listen to the exclusive premiere of Oscar Mulero “Espectro Rojo” on PoleGroup:

“Gradiente de Voltaje” closes the EP, the overall feel is less distorted and more opaque and lo-fi. The liquid filtered bassline is soon joined by distorted hats, alternating patterns and twisting the sounds wisely. No sudden interruptions, no abrupt changes, just the right dose of hypnosis to use as a powerful tool.

Oscar’s DJ career has been as prolific and long-lasting as the evolution of dance music. As a key figure in its development, Oscar has always absorbed new trends and kept his finger on the pulse of electronic dance music, from the end of the ’80s right up to the present day. It is impossible to understand his genius without taking into account the tireless work he has carried out behind the decks for three decades now. Production-wise he’s been releasing records since the late ’90s, with countless 12″ vinyls and several studio albums, as well as many remixes for the best players in the scene.

Oscar runs Warm Up, his very own imprint, since 2000 as well as the label PoleGroup Records since 2004, both of which have reached well over the 50th releases mark. On 2013 he started a series of live A/V performances under several project names like Light and Dark, Biolive and Monochrome AV. Recent years also saw the explosion of Selección Natural, the project he founded alongside his PoleGroup colleagues Exium and Reeko, as well as touring far and wide, reaching every corner of the globe from Los Angeles for WORK presents to the depth of South America, from every significant techno city in Europe to far-flung Japan, all cementing his status as one of the most respected and sought-after techno pioneers of the last two decades.