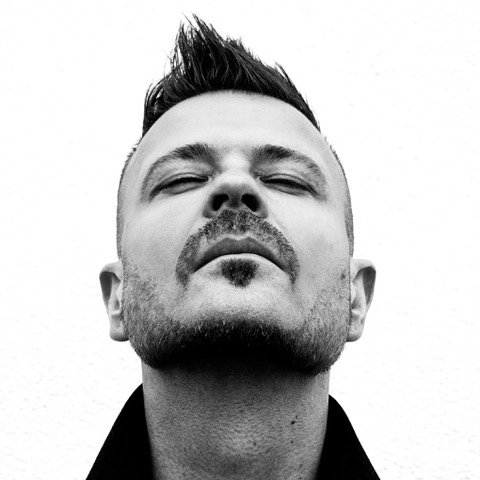 We all have a dark side, or at least Noir thinks so. Judging by the release we now know as his Pneuma EP, Noir has explored and unleashed that dark side through three distinct yet interconnected tracks.

An especially prolific producer who has repped the likes of Suara, Terminal M, Tronic and Get Physical, Noir’s latest sees him return to his own Noir label for a release that sees him go back to his techno roots with aplomb.

In his own words:

“Sometimes I feel something unfamiliar inside of me is screaming to get out. It makes me feel claustrophobic to suppress and keep it on hold. Then music takes the first step and I take the next. It almost feels like the tracks are writing themselves and I am just there to record. But obviously it comes from a place inside my soul. Pneuma 1 came to life in a situation like that.

On the journey, Pneuma 2 and 3 started breathing as well and eventually I created and finished all three versions at the same time. These are some dark, aggressive pieces but if you listen carefully you hear hope and optimism between the beats.” – Noir

Listen to the exclusive premiere of “Pneuma 2” below.

The embodiment of passion, spontaneity and innovation, Noir has carved the roots of the underground house and techno scene since his emergence in 2004. In a time of electronic music saturation, his refusal to settle for mediocracy has pivoted his name to a reign amongst the international music scene. Passion informs his practice; heart is the power behind his creativity, he is soulfully dynamic, zealous and above all, dedicated to the community of music. Powerful performances that amass bass driven movement with energetic highs, that resonate with each heart in the crowd. NOIR has an implicit ability to craft music that channels raw, emotive and dark songs that exude a level of sophisticated house and techno production.

Drawing early inspiration from the dark, lyrical and organic hallmarks of musicians such as The Cure, Depeche Mode, Massive Attack and New Order, Noir continues to expand and redefine electronic music through his unique blending of genres, evidenced in his vast productions. As a master of production, Noir individually nurtures each of his creations from concept to execution; each of his performances are unique with individually crafted sets fuelled by the energy in the room and what he is feeling in that very moment.

Pioneer of underground electronic music and an undeniable forecaster, Noir is an industry leader and curator through his multifaceted approach to the industry. He is the owner of successful music labels, Noir Music, NM2, Lovesine and Klimaks Records which were formed to house his ever so variant taste and create a platform for stars to be seen and heard in the musical landscape, producing over 300 releases in the past 10 years, and held multiple top ten spots on the RA and Beatport charts. He is the founder of the Darkstars, event brand and hosts globally acclaimed podcast, Noir Recommends; the latter which has amassed a cult following and propelled some of the biggest names in the house and techno scene. This long-standing podcast has built a community of music enthusiasts all over the globe and become a catalyst to launch top charting hits from both leading DJ’s and the rising stars of tomorrow.

Noir has been travelling the world for the past 10 years playing almost everywhere including coveted residencies across multiple venues in the electronic music mecca Ibiza, Noir is a reigning leader in both the favourable underground and international circuits, further cementing his position as a world class producer and performer.