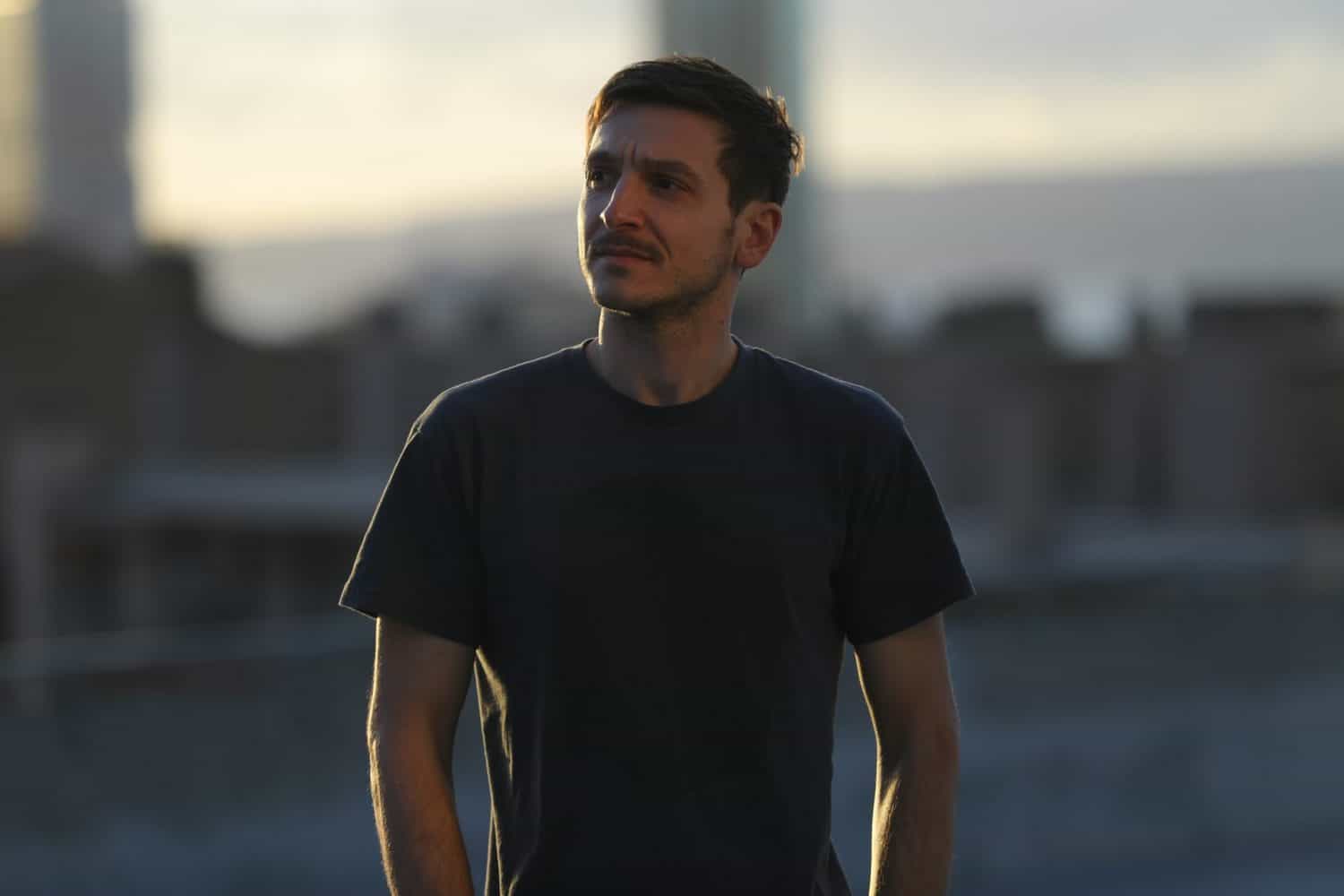 Once upon a time in a distant place and in a distant time, lived a boy named Leon. Leon grew up in a land where legends of past battles between humans and machines, lead by the fierce TCX2290, were strong. It was said, victory of the humans over the robots was conducted by the mighty General Ostkröf III. Leon did not go along well with the other children, and spent most of his time alone, exploring the countryside, imagining he was the General fighting for human survival. One day, he discovered the remains of what seemed to be a hidden sleeping robot…

As We Fought Iron Giants is the soundtrack to the story of ourselves not wanting to leave childhood as we grow into adults, fighting imaginary demons. Music in itself is a mean of therapy and channels the tremendous amount of one’s imagination. This twelve track techno journey is Moteka’s debut album on French techno label Skryptöm, and is beautifully illustrated by world-renowned artist Nicolas Delort.

Congrats on the debut LP Pierre, what would you say inspired you the most through the production of this fantastic selection of tracks?

Thank you  Ouch ! The tricky question about inspiration… I wish I could have avoided this one! The thing is, really, I don’t know (laughs).

More seriously for this LP, inspiration came with the story I wanted to tell. I had this story in my head with the giant robots and all, and I wanted to transcript the story-telling through music. The production of the album took me more than a year, and some tracks are even older, but they fitted in. I had an idea of what kind of atmosphere I wanted to share. I wanted this sort of spaced-out retro-sci-fi feeling, so basically it had to have a classic structure but with modern sound design. And most importantly, I wanted the music to be sort of a journey, or a story, more than just a bunch of tracks put together.
The other inspiration I had, but that’s mostly for the most recent tracks on the album, was a reference to my past work as a psytrance artist (Principles of Flight).

When I stopped making psytrance, I rejected all my past work, and it took me almost ten years to listen to my old tracks again, and that’s when I realized I really could use some of the techniques I used at that time, especially with sound design, it sounded really sick with techno!

Do you have a favorite or two in this bunch?

“Marching Robots” because it’s so simple and yet so effective on the dancefloor. When I hear it I get this impression of a giant robot army marching and destroying everything with their laser eyes!

“Final Confrontation” This one is my favorite because it has this intense though intimist feeling, with the melancholic melody. It’s one of the tracks I’m most proud of, with a kind of “end of the world” and despair feeling, and yet it’s full of energy.

“Peace at Last” Because I used my favorite synth, The Oberheim Xpander, to make the pads, and they are beautiful. This synth has so much fullness and expression in its sound, if I had to keep only one it’d be that one!

I imagine you have been playing these out and have seen others playing them out. What has been the dance floor reception to these?

When I wrote the tracks for the album, I always had in mind the dance-floor. I wanted to be able to play most of the tracks. A lot of techno artists release albums with only one or two playable tracks, and though their music is interesting, in my opinion, it’s a shame, because techno is meant for the dancefloor. Reaction to the tracks of the album have been great, especially Marching Robots which seems to drive people crazy everyt ime, and Final Confrontation I often use as last track in my set. It’s always a satisfying feeling to listen to a freshly finished track in a club and see people reacting positively to it.

Your music has been supported by some of the most known world-touring techno DJs. How does that make you feel?

I’m not doing music for fame or money, so I really do music for the passion of sound, and according to my own tastes. But, when I see other DJs playing my music, it means a lot for me. It means they’ve perceived the intentions I put in that particular track. It’s a sort of validation process, and it’s extremely gratifying. In a way, it’s even more rewarding than playing live, because it means I’ve earned respect from my peers. It’s a bit like a scientist publishing his work, and have it validated by his peers.

Is there an artist you’d like to collaborate with in the future?

I’m already collaborating with most of the artists from Skryptom on different projects, so I don’t know if I would have time for another collab. But there are definitely a lot of artists I really respect I’d be proud to work with. Sitting alone in the studio can get very boring, and collaborations are always very enriching.

What does it mean to you to be a part of the Skyptom family?

It means drinking a lot of “Calva”.
It means having a really bad sense of humor.
It means sharing very good times….
It means sharing bad times (few of those fortunately).
It means dealing with extremely different personalities.
It means constantly challenging myself with new projects.
It means spending more time on the phone with Skryptom artists than with my wife…
In a word, it really means being part of a real family

You just played the Skryptom Collective Festival! How was it?

The festival was actually last week in Nantes, and it was very very enriching. It’s always awesome to bring all the team together. It’s like a family reunion. So lots of “Calva” and bad jokes, and lots of studio with friends I don’t usually collaborate with. This year we had this really cool concept of “skryptobox” which is a cube, 8m large. There are 20 speakers disposed in that cube and video is projected on the walls of the cube. The thing with the 20 speakers, is you can work with sound spatialisation in 20.1. I wrote a 30min track for the box, with a lot of effects with spatialisation, and we had some video synched with the sound. 30 people can sit in the cube, and be surrounded by the sound and video. It’s an amazing concept, and it’s the first time I worked with spatialisation, it was really interesting.

What is next for you following this album?

As Moteka, I’m having some time away from the studio. The album was quite intense to produce and I need a little time to get some inspiration back.

But I have a lot of projects on the side! The main one being Mod3rn, with Electric Rescue, Kmyle and Maxime Dangles — we have to produce new tracks for a new release. Then, I’ll have to work on the material I’ve recorded at the last Skryptom Collective. I also want to spend more time collaborating with other friends from Skryptom. And finally, I really would like to have time to work on a more ambient/acoustic/experimental project with my former psytrance partner, but for the time being, it’s only a project we’ve discussed. I know I won’t have time to do it all but I’ll try!