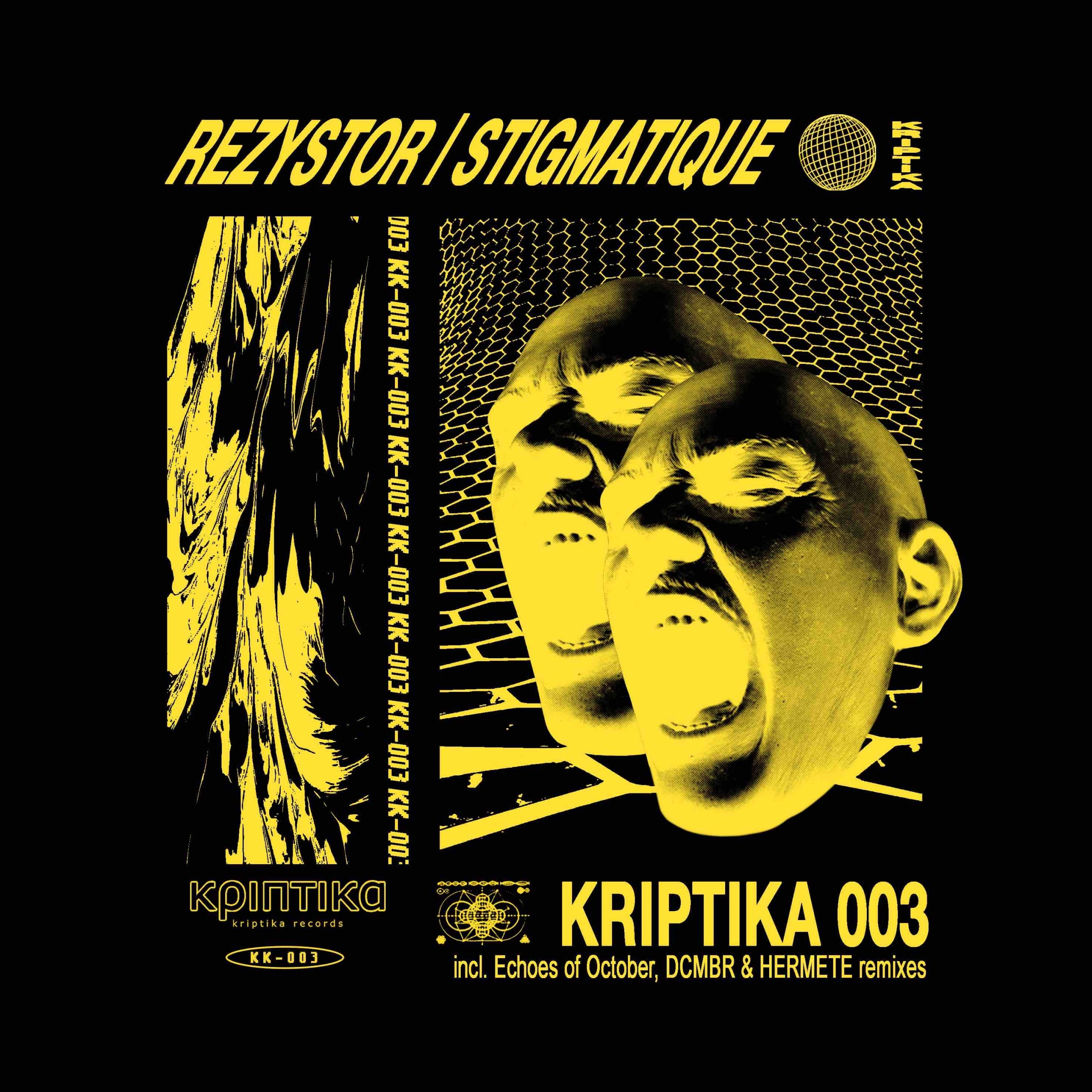 Milan’s hard techno label Kriptika Records serves up a third EP packing plenty of talent with originals from Rezystor and Stigmatique, and remixes from Echoes of October and label heads DCMBR & HERMETE, the latter of which we are premiering today.

Rezystor is first up and is a Cologne based artist who resolutely goes his own way. His upbringing in heavy metal has left a large shadow looming on his current techno sound and makes it utterly visceral. His ‘Dunkelheit’ opens up in a powerful fashion as it quickly establishes a big, bustling wall of hard techno noise and lets it roll for six fearsome minutes.

Echoes Of October’s ‘Lichtblick’ remix is twice as long and just as fierce, with firmly rooted kick drums making you march as filtered synths are drawn out up top and tense chords add fuel to the fire. Stigmatique hails from Leipzig, runs his own SEELEN label and has a raw, hard edged sound. His ‘Samael, Der Ankläger der Lebenden’ is another turbocharged banger, with stiff, robotic grooves and mechanical synths locking you into a groove and keeping you there, right on the edge of your seat.

Label founders DCMBR & HERMETE have done a fine job in A&Ring the high quality techno that is making this label so vital already, and their own putt is also key to that. Here they remix with a sci-fi edge, layering in mysterious pads and moments of calm that allow radio transmission to come into ear shot before the serrated groove fires again.