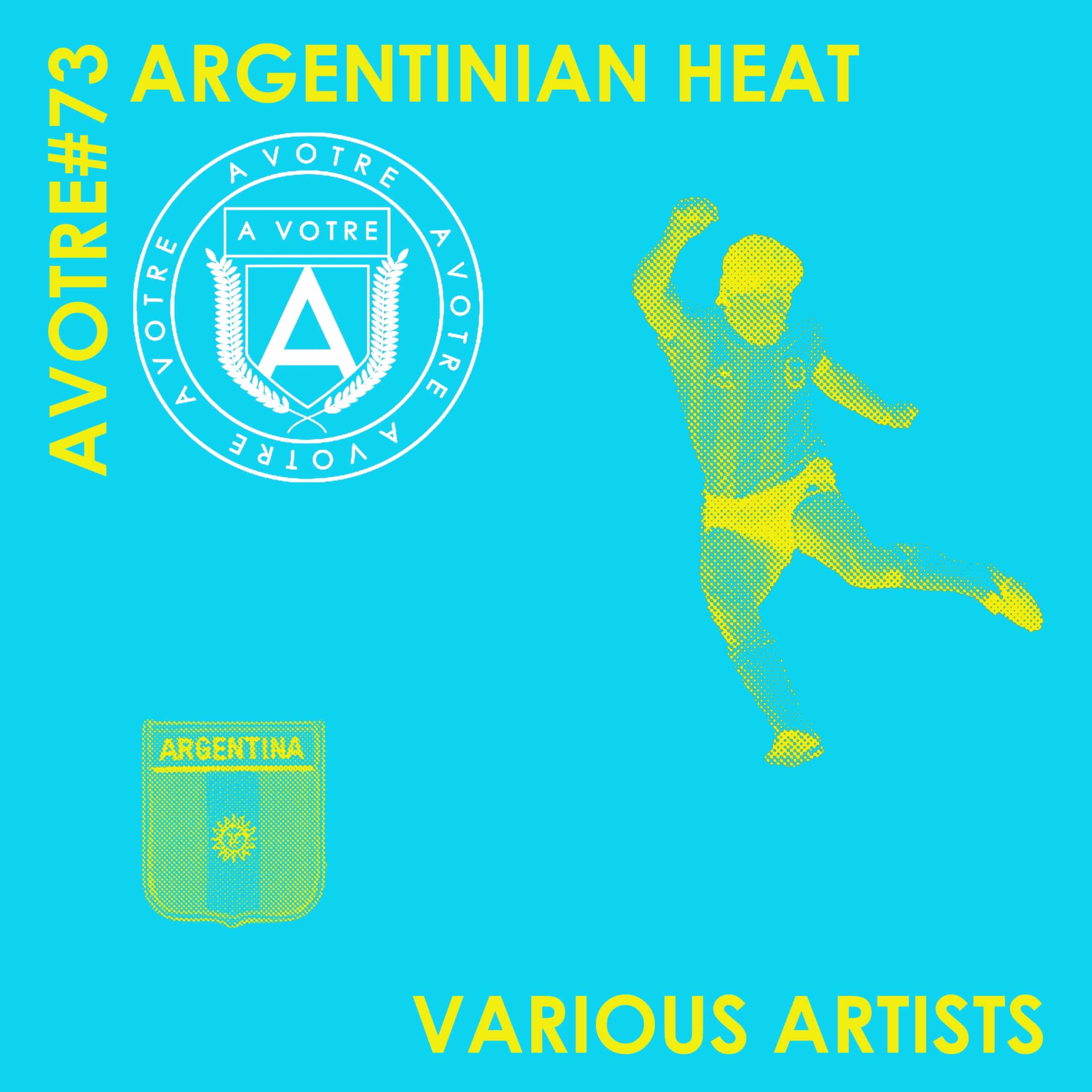 AVOTRE label boss Santé, returns with another stellar VA compilation, Argentinian Heat, to add to the imprint’s ongoing Heat series. Following 2015’s Ibiza Heat and 2016’s Italian Heat, the most recent in the scouting series shines a light on some of the most exciting up-and-coming Argentinian talent.

Santé and Ariel Rodz open up the VA pack with ‘Next’, a meticulously crisp cut with a raw industrial edge. Displaying many of Santé’s hallmark production techniques, the collaboration sets a precedent of things to come on the compilation, as we’re given a taste of Argentina’s vibrant music culture. LondonGround’s ‘Tempo’ plays next, offering a myriad of ethereal soundscapes that dip and peak over his militant percussion, whilst Argus Ferreyra offers a trippy cut that highlights staccato percussion and acid flecks below a warped vocal refrain in ‘Docta Night Club’.

Manu Desrets’ ‘Love Miracles’ is another groove-inducing addition to the compilation. This masterful production sees the layering of multiple percussive elements that collectively mimic the sounds of the rainforest. Following up with ‘Wohman’, Rigzz drops the tempo and lays a groovy bassline riff to support his catchy and cool vocal injections. Cajal’s ‘Boring’ is a clean-cut minimal tech-house gem, with digital warbles and glitchy vocal samples. Containing many of the sonic qualities as its successor, ‘XY’ by Prodot, the track nods to digital artefacts and video games as an influence.

The VA compilation’s penultimate cut comes in the form of ‘Spacer Woman’. Driven by its off-beat cosmic synth lead, Brandub presents intricate riff detailing for an ambient and buoyant effect. Listen to this exclusive premiere below.

Trentz closes the VA pack with ‘Sons Of The Future’, laying a deeply hypnotic melodic line that runs parallel to the mystical sensibilities of the vocal refrain.

Santé has exercised a great deal of creative flair throughout his career and has proven himself to be a true tastemaker of the genre. With a trained ear for sound, the multi-faceted DJ/producer has been able to meticulously foster new talent that appeals to him musically, using AVOTRE as a channel via which to promote their releases. Since its inception in 2015, the Heat series has provided a global platform for many promising producers, whilst cementing Santé in his position as a key talent scout on the circuit.

Having been a key proponent to the circuit for over a decade, the German native’s unique musical vision comes to fruition with each of his highly-anticipated releases. Vivacious and soulful, his tracks refreshingly differ from the majority of copy-paste tech-house that’s ever-so prevalent in the current dance landscape. He has remixed many noteworthy artists such as Richie Hawtin, Grace Jones, and Depeche Mode, and has impressively accumulated multiple residencies on the White Isle over the years. Aside from running his  own AVOTRE label, the skillful producer has released a myriad of eclectic releases on benchmark labels Cocoon, Defected, Desolat, and Supernature, to name a few.

Argentinian Heat is out May 1st via Santé’s AVOTRE imprint