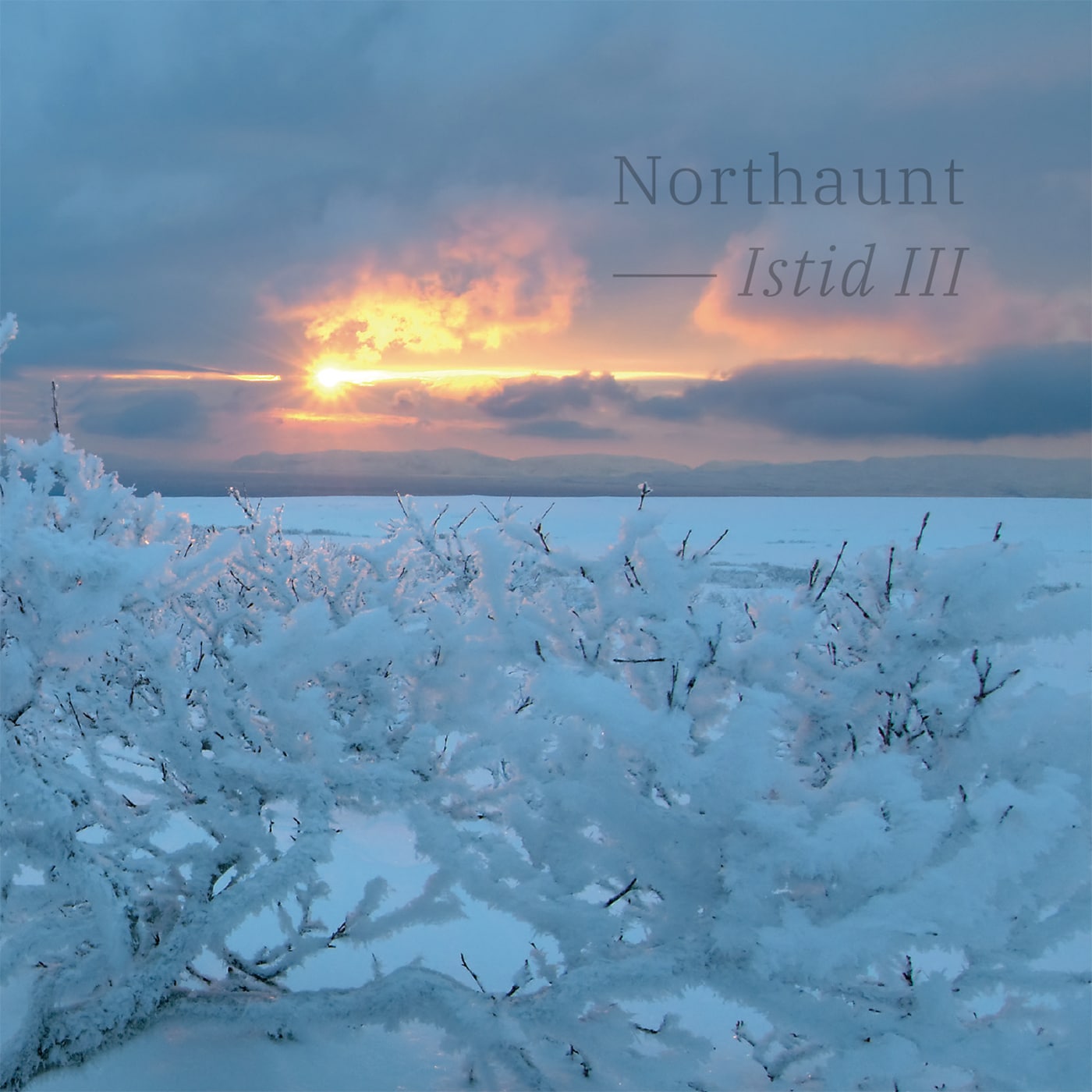 Northaunt is the ambient project of Norwegian Hærleif Langås, and has since the late nineties released 4 albums where the signature sound is a mix of field recording from nature, soundscapes and ambient, inspired by norse nature and landscapes and our role as a part of nature.

The composing of Istid III (available for purchase here) came as a reaction to our modern lives, our world and how it sometimes seem confusing, stressful and noisy. Put of by all this and inspired by books about earths history, ice ages and the forces that formed the landscapes we have today, Hærleif started making Istid, “Ice Age” in Norwegian, to imagine a world of silence before man. This is the 3rd album in the series and we can now imagine man is about to start his lonely quest for meaning in the desolation.

The frozen winds of the north lash and temper the soul. Their constant breath drags the listener towards the more organic part of “Istid III”. Dark ambient made in Norway, third chapter of the Northaunt trilogy, hinged between the horizons of a remote Ice Age. Imperceptible the continuum between Part I and Part II. Some will-o’-the-wisps indicate the way to go. Mystic tolls, indecipherable background noises. Strategic field recordings. A female voice in the distance seals the apex of the loss even inside the body. The dull shades fade.

Part III is the watershed track of the album, full of nostalgia. A slow flowing in a placid forest of sounds. Section of a moment. The hypnosis induced by Part IV breaks on a handful of words pronounced this time by a man. A net change of pace during the ten minutes of Part V. The atmosphere of meditation is favored by shy keyboard notes. The subterranean tensions lose their vigor. Glows radiate the darkness of the night. Deep and desolate. The embers that burns the last farewell to our day. Once it was fire on Earth.