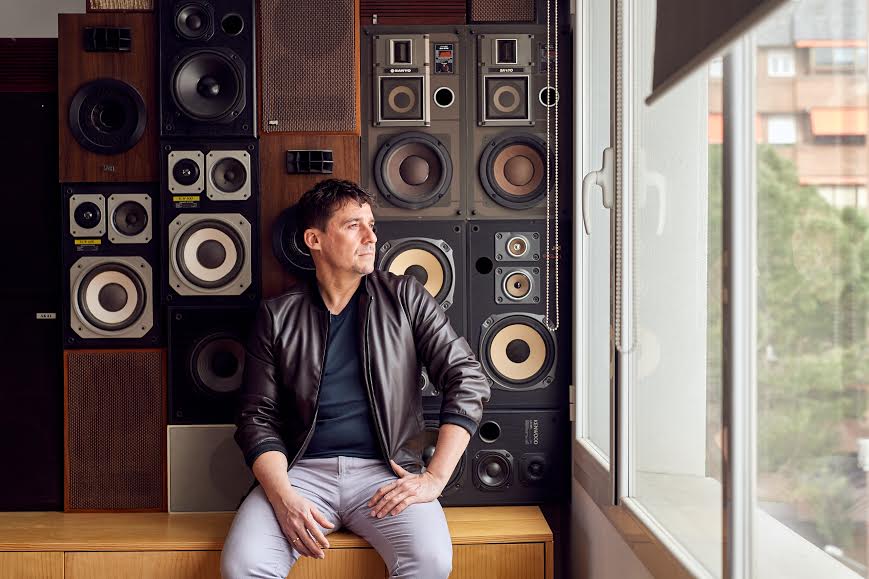 Animo Records is back with a release from label head honcho Alfonso Ares, who presents his track “Minha Loirinha” with the collaboration of the violinist player Eric Ramoa, a talented musician from Brazil.

The original track flows between melodic techy progression with organic’s string and synth flavours. The release comes complete with a remix from Berlin-based producer Kellerkind, who is very well known for his usual releases on labels like Stil vor Talent, Bar 25 music, Traum or Kattermuke to name a few.

Listen to the exclusive premiere of both the original “Minha Loirinha” track from Alfonso Ares and the Kellerkind remix below, via our SoundCloud channel.

Alfonso Ares’ relationship with electronic music began 15 years ago when he began working in the Madrid club scene. His experience with the scene, combined with his innovative attitude, has made him a well-rounded artist.

He began as a DJ in smaller disco venues and well-known clubs around Spain. He quickly advanced to festivals and big productions, like Sensation and Goa, which allowed him to make the leap to the international scene.

Alfonso has a profound love of music and a deep passion for the history of electronic music. These can be seen in his sessions that began with house music and progressed into tech and deep. This artist is committed to each one of his sets focusing on the rhythm and above all, the quality.

As a producer he has continuously polished his sound. His work has already been recognized for his style which shares roots with the New York-based “Nite Grooves”, the Italian “Lapsus Music”, the Russians “Polyptych LMTD” and “Suprematic” and the Holland-based “Playmobil Series”. Thanks to his skills, and a large knowledge base of the different styles, he has demonstrated his versatility in the studio.

In later years Alfonso Ares has continued to reach for higher levels and presented Animo, a label that releases music from well-known artists, promotes events which focus on creating a unique experience, and designs exclusive products for professionals and music enthusiasts.

When people think of Switzerland, they think of green meadows, clear water, snow-covered mountaintops and fresh air. In the world of electronic music they think of soulful house music and an extensive clubbing past. It is in both of these environments that Marco Biagini aka Kellerkind grew up.

In the small and rural town of Solothurn, Kellerkind discovered the Chicago sound in the local clubs and became fully infected with the virus of house music. 15 years later, Kellerkind has become an irreplaceable figure in the Swiss electronic music scene.

Backflash: In the beginning, it wasn’t much more than just fun. Now though, it is a true passion. After many nights spent on the dance-floor of Solothurn’s Nacht-Schicht, Kellerkind started to DJ himself – at first in his bedroom and soon in the clubs in and around his hometown. Warm deep house and the soulful music of Chicago were his biggest influences then and still remain to be the backbone to his sets. Very quickly Kellerkind started to DJ out in Switzerland’s big clubs. By 2007 Marco had already played the country’s most important venues, be it Zurich’s Hive, Rohstofflager, Rote Fabrik, Zukunft or Bern’s Formbar.

His career, however, really kicks off with his first release ‘Bergluft’ in 2008. His name, which translates as ‘basement child’, can be taken quite literal, as he spends hours creating and arranging his warm house sounds in his basement studio in Solothurn. In 2007, Kellerkind met the guys behind Swiss house imprint Sirion Recordings and in 2008 he releases ‘Bergluft’, a track that received very positive worldwide feedback. It received play by many famous DJs, charted at number 5 of Beatport’s minimal section and even received airtime on John Digweed’s UK radio show on Kiss100. After this sterling debut things happened quickly: Florian Meindl releases the Keller EP on his label Flash Recordings, of which the tracks ‘Natural Juice’ and ‘TomTom’ listed highly in various techno charts. Later the tracks are re-released on vinyl as part of the Don’t Go Home EP, which does well with record retailers such as decks.de.

In 2009, Kellerkind’s working-relationship with Oliver Koletzki develops as he is asked to produce a remix for Koletzki’s ‘Since You Are Gone’. Since then he has released a shared EP on Stil vor Talent with Niko Schwind – an homage to classic house music – and has been featured on the Swiss Edition EP in 2010. More recently, his Groovebox EP was released on Flash to critical acclaim and another collaboration with Niko Schwind appeared on Light my Fire. While the spring of last year saw Kellerkind’s first full length, titled Basement Story, his Backflash EP on Stil vor Talent has been the career-defining moment thus far: hitting the zeitgeist perfectly, it reigned the Beatport Deep House charts at number one for weeks.

Simultaneously, Kellerkind’s DJ career has taken a sharp turn: he masters the decks at Berlin’s famous Watergate every other month, holds a residency at Hive in Zurich and jets to international venues in Paris, Amsterdam or Istanbul regularly. While channeling the energy of the club in his records, Kellerkind enjoys the contrast between weekend and weekday: he produces his tracks in a small wooden hut tucked away deep in the Swiss countryside. It is here that his warm and soulful tracks are born and he gets the chance to replenish his batteries for those long weekends ahead. “Most of my inspiration still comes from the time spent in clubs”, he states, a fact that is confirmed by his DJ sets and productions. “Music, for me, is everything – it’s a miracle.”