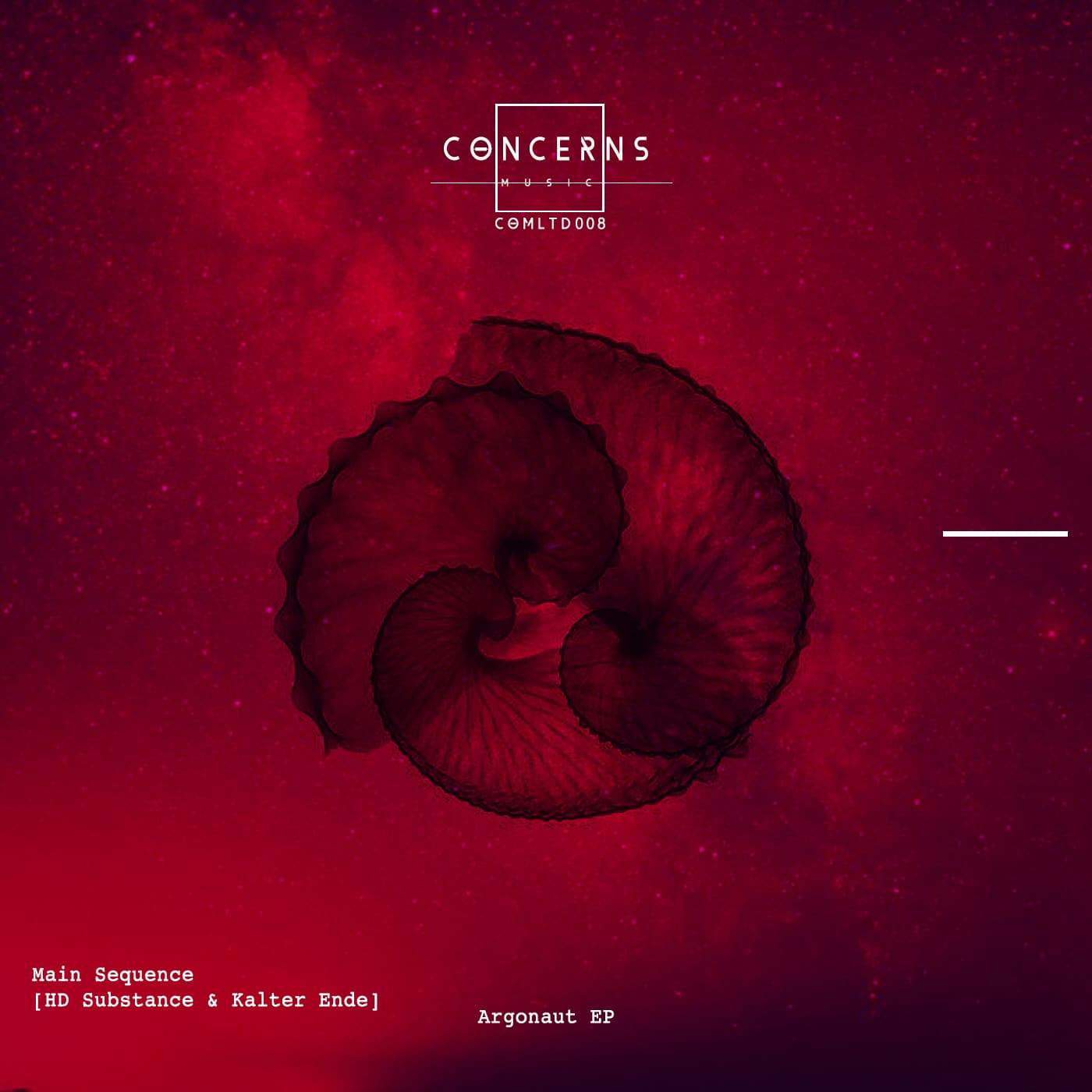 The two Spanish producers Kalter Ende and hd substance, collide again on Concerns Music with the second instalment of their Main Sequence project, in the form of an EP called Argonaut

Four remote made cuts of advanced and precise techno, cooked on modular and analogue weapons on behalf of the proper DJ’s out there.

“Black Powder” explores the dubby side of techno with Basic Channel like grooves, polymetric sequences and a lot of electricity.

“Chromosphere” relies on a solid kick drum, sharing space with diverse sweeps and mini drones until obsessive synth lines take over the arrangement.

Closing the release, “Density Wave” goes bleepy and reduced with a filtered groove keeping the pace and square wave lines come along.

Concerns Music is a label run by Kalter Ende from Spain, where there is room for everything related to techno, industrial, dark and experimental music and musicians that really express quality around the world.

Kalter Ende has forged a solid trajectory as a DJ and Producer showing his dark, industrial, futuristic and mental vision of techno, based on cyclic, broken and deep rhythms. His sound, as he has been demonstrating during this time, is in constant evolution and development.

Owner of Concerns Music, where his own productions take an essential part of the label making known his point of view and expression, has a wide catalogue where you can find works by some of the most recognized artists of the international scene such as Mike Parker, Orphx, Developer, Christian Wünsch, Edit Select or Stanislav Tolkachev.

Kalter Ende has signed his productions in labels like Modularz, Dynamic Reflection, Subsist, SUB-tl or Analog Section, and his music is habitual in playlist and charts of the most influential artists of the scene like Oscar Mulero, Ben Sims, Dave Clarke, Exium, Ben Klock or Developer, among others. In recent years he has been seen performing in different clubs and festivals around the world in countries such as Spain, Germany, France, United Kingdom, South Korea, Colombia or Japan.

1995 is the year that Hd Substance’s solo career began, releasing a track on the Electronic Generators compilation, a showcase of spanish techno pioneers at the moment, on Geometrik records, home of the seminal industrial cult band Esplendor Geométrico a stepping stone to his debut album Eleven on the also cult label Elefant Records.

After more than 20 years in the business, more than 30 Ep’s and six full length albums, Hd Substance is still here as a full actor in the scene, writing, composing, remixing and playing electronic beats all over the globe, as live performer or as traditional beatmatching DJ.