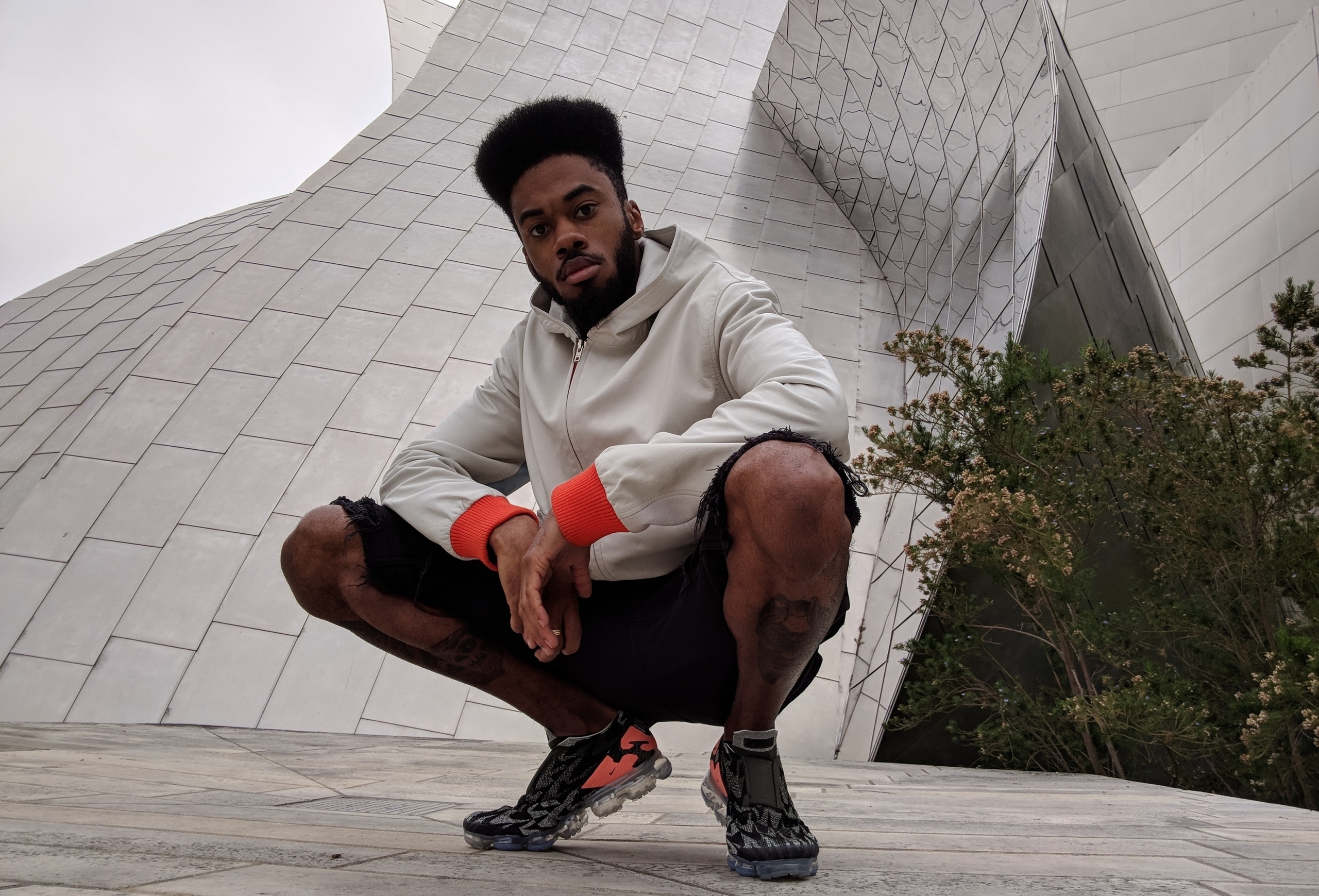 Back in 2015, when Jelani was still discovering the Los Angeles underground scene and only freshly having moved to the city, he made a series of tracks that, besides his single “Modular Jam” which gained some attention on blogs like Discobelle, were mostly forgotten about. That is, until today’s uncovering of his “Lost Tape.”

Recently, during a move to his new studio he discovered his collection of finished and mastered material, and decided to bring the Lost Tapes back into reality. Jelani’s “Lost Tape” was originally “Sandwich Tool”, and the meaning behind the lyrics remain a mystery. What is clear however, is his radical break from traditional dance music songwriting and sound design.

Using synths from the 80s, samplers from the 90s, and the modern modular gear, Jelani has created a sound that has a life of its own.

Download the track for free on The Artist Union and get a glimpse into Jelani’s past, present and future.

Jelani Yorker is a Los Angeles-based producer and DJ, who was raised in Washington DC and has been performing since 2008. While living in DC he held a residency at U Street Music Hall, a club that was named one of Rolling Stone’s top ten nightclubs in 2010. The following year, at the age of 19, he played alongside prolific artists, such as Crookers, Nick Catchdubs and Treasure Fingers. His move to Los Angeles in 2012 led to a focus on production; over the next seven years he crafted tracks that will soon be his debut releases, including a full-length album. He is also working on a hybrid live set that combines DJing and modular synths. Jelani is part of a new wave of Los Angeles producers and DJs who have scanned the landscapes of underground dance music, hip-hop and EDM and will take dance music on new routes into fresh and uncharted territory. He will certainly be a name to watch.

Catch Jelani this Friday in Los Angeles at System 12 alongside Santiago Salazar, Annika Wolfe, 3rd Project, Luis Lozano and Eusebios. It’s fairly hard to overestimate the importance of Santiago Salazar in carrying the torch of Latino techno first unleashed in Detroit by DJ Rolando in 1997. It instantly made waves worldwide, and Salazar quickly became a member of the legendary Los Hermanos, who continue to carry Detroit’s Latin legacy into the present day. Get your tickets here.