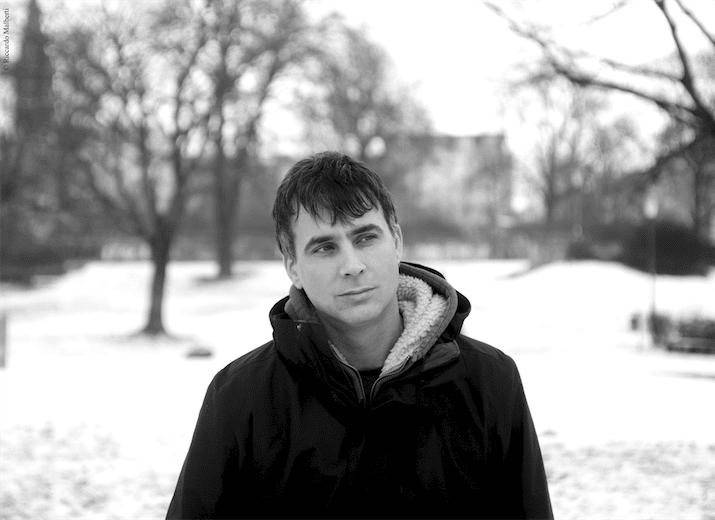 After having been released in CD and single EP format on Prologue Music (October 2012), Outis Music is proud to announce a new special edition of Shaman’s Paths by label boss Dino Sabatini.

The complete album is a double-vinyl compilation (2×12’’LP) coming out as a part of Outis Opera Series.

Italian-born producer Dino Sabatini is an artist whose strong body of work has helped to develop his local scene, and redefine what it means to work with electronic music in the 21st century: though his sounds are completely modern, synthesized and rendered with crystal clear production, he continues to tend the deep roots of lost wisdom and mythology that have sustained human creativity for millenia.

The name of his personal label Outis, for example, is taken from none other than Homer’s Odyssey (OYTIΣ, literally meaning “no one,” was the pseudonym that Odysseus used to succeed in his infamous deception of the cyclops Polyphemus). This choice of name is not just a clever title for Sabatini’s label, but is a very good indicator of his own character: working within the anonymous electric wilderness of techno, Sabatini continually goes beyond expectations by bringing the senses back into this world of automation and machines,, occasionally invoking the names of the old gods (Poseidon) or goddesses / muses (Mnemosyne) along the way.

Along with the work released on the Outis label, Sabatini has been a reliable fixture on labels like Stroboscopic Artefacts, Elettronica Romana (home to several releases by his ‘Modern Heads’ duo with Gianluca Meloni), Adam X’s Sonic Groove, and Prologue. Listeners familiar with these labels’ respective approaches will understand the kind of versatility it takes to record for each one without sacrificing one’s ‘trademark’ sound in the process. In just the past few years, Sabatini has issued sonic statements characterized by sensations of pulsating darkness (2011’s Small steps EP on Sonic Groove), by intense and penetrating hypnotic effects (both the critically acclaimed Daughters of Phorcys EPs on Prologue, 2010), and of course by the cinematic full-length adventure Shaman’s Path (also on Prologue, 2012).

The latter, a fully developed concept album dedicated to those musically gifted guides who take us beyond objective reality into more mysterious realms, is as diverse in its sonic details as the rainforest is in biological forms, weaving a many-colored tapestry of sound around its patient, insistent trance rhythms. Not content with even this high level of inspired eclecticism, Sabatini’s new Omonimo LP shows he is capable of sublime romance, featuring graceful collaborations with jazz pianist Antonello Salis. Speaking of collaborations, Sabatini’s quest for a world without self-imposed creative limitations has earned him an impressive number of alliances: again, the Modern Heads team has helped to expand the vocabulary of international techno, as have his production pairings and remixes involving artists such as Claudio PRC, Donato Dozzy, Giorgio Gigli, Shapednoise, Edit Select and Teste. When it’s all pieced together, Sabatini’s still evolving career is like Mircea Eliade’s description of the shaman’s music: “narrat[ing] ecstatic journeys to the sky and dangerous descents to the underworld” – and bringing back something meaningful and lasting from both.