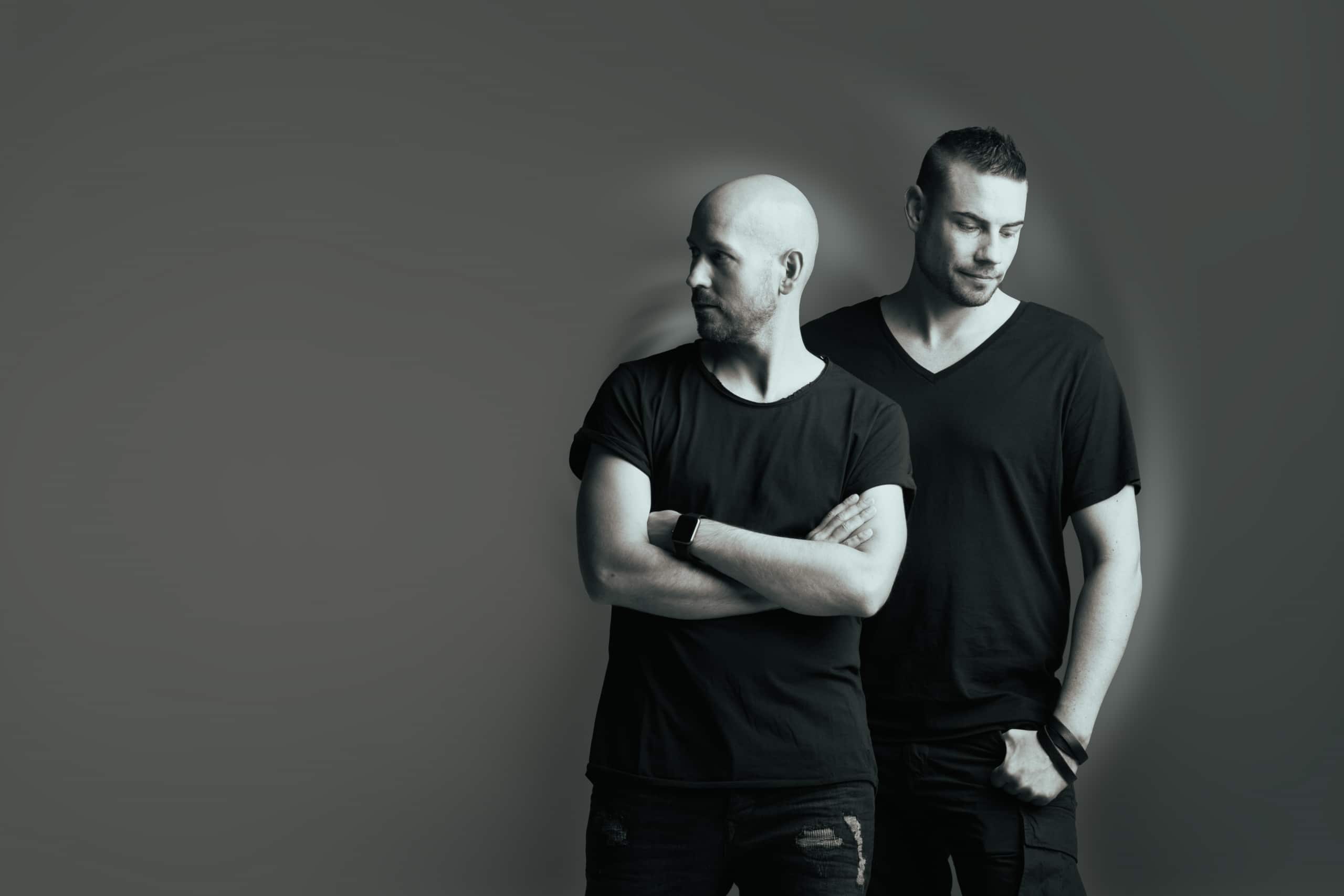 Following up a series of hits on labels like Suara and Tronic that stormed the Beatport Techno Top 10 many times, 2pole make their debut on OFF Recordings.

The duo is known for extremely dancefloor-effective tracks on a very high production level; and that’s what they deliver here as well.

“Every Day” offers a sparkling synth line combined with a spoken word vocal, laid on top of a solid groove.

Finally, “Dark” lives up to its name with sinister synth stabs.

Listen to the exclusive premiere of “Every Day” from 2pole on OFF Recordings:

6AM · Premiere: 2Pole “Every Day” – OFF recordings

Bringing decades of experience and musically diverse backgrounds to their thundering brand of melodic techno, Germany’s new 2pole already have releases on Tronic, Suara and more, and are poised to take the techno world by storm.

With nearly 40 years of professional studio experience between them, Mainz’s Marcus Schmahl and Hanover’s Mark Ullrich have grown up surrounded by music. And with their exciting new 2pole project, their unique style of techno has already topped the charts and earned praise from acts like Adam Beyer, Tale Of Us, Pan-Pot, Cirez D, Joseph Capriati, Christian Smith, Coyu and many more.

Before forming 2pole in 2016, both artists had successful solo careers. Marcus toured heavily both as Broombeck — playing live techno at clubs like Berghain and touring with Monika Kruse — and in the early 2000s as Rauschfaktor, which saw him playing live downbeat and electronica around Europe at sold-out venues and cinemas, while mixing his own custom visuals on big screens. On the other hand, Mark toured since 2010 as DJ Mark Deutsche through clubs and festivals in Europe. However, it was in 2015 that the guys met. Marcus was running the successful Yes We Can imprint, which he helmed from 2011 to 2014, and was looking for young, up-and-coming producers for his label. After seeing the Mark Deutsche & Musoé’s track “Push” hit the top of techno charts, Marcus reached out, and soon Mark released a remix and an EP. Despite living six hours away from one another, they grew to become close friends, bonding over a mutual love of studio gear and music. Not long after, 2pole was born.

But their histories share more than just techno. Mark’s father owned a major professional studio where his successful band recorded and produced throughout the ‘70s and ‘80s. Mark was immersed in this world, trying out all different sounds and styles growing up. Though in the early 2000s, his friends introduced him to house and techno, and he never looked back. He released tracks on Oliver Huntemann’s label, Senso Sounds, and famous Get Physical, and started his own imprint, Topmodel Records. On top of that, house legend Timo Maas asked him to be his music producer, which he still is. Likewise, Marcus has been a professional producer since 1993, and he was raised playing classical guitar. Though it was his uncle who shaped young Marcus’ music tastes, introducing him to the early sounds of hip hop, downtempo and drum & bass. “He was my music god,” Marcus says about his uncle. And after he heard Paul Hardcastle’s 1985 anti-war breakbeat anthem “19,” Marcus was hooked on the electronic sound. From there, he began building a studio, and today Marcus writes for artists, TV shows and advertising, and has gold records to his name. He also plays many instruments, including guitar, bass, flute, keyboard, drums, percussions, and more.

The duo’s obvious technical abilities and deep understanding of musicality and song structure are evident in their 2pole productions. It was during those first days together bonding over music in 2016 that led to their debut release on Tronic, which has been a steady home for the duo. It also led to the Alone EP on Suara in 2018. The title track from that EP spent many months at the number one spot on Beatport’s top 100 Techno chart, and racked up more than 250,000 plays on the Suara YouTube channel.

Drumcode’s Adam Beyer has been hugely supportive of 2pole’s work, as has Tronic boss Christian Smith, who will be releasing their debut album coming in two parts on his label this summer. Titled 1ne and 2wo — which is a play on the word “one” and “two” — the double-album features 16 high-impact techno tracks, containing the duo’s next hit single “Run”, and 10 ambient and electronica tracks, showcasing their love and flair for musical storytelling.

Like “Alone”, “Run” features original vocals from powerful American downbeat icon and slam poet Ursula Rucker, and was produced using a myriad of hardware, including the Minimoog, Novation Peak and the famed Roland TR-909 drum machine. As a follow-up single of 2pole’s number 1 in 2018, „Run“ will surely be a track of summer 2019. No surprise of course. The success of “Alone” also led to tracks with other famous collaborators, like Christian Smith, Jam El Mar of Jam&Spoon, and more, to be announced soon.

Jamming like a band comes naturally to Mark and Marcus. And in the future, they’re eager to take their studio on the road for a live show that will be much more than just laptops and controllers. In the meantime, however, their DJ sets are full of energy, combining the talents of a band with the dynamics of two experienced DJs. That has led to international slots in Barcelona for Off Week, Amsterdam for ADE, as well as Pratersauna in Vienna, Eden Ibiza, Suma Beach in Istanbul, and Ritter Butzke in Berlin.

But the 2pole story has only just begun. And with so much history already written between them, and so much early success to their names, the future is looking long and bright indeed.