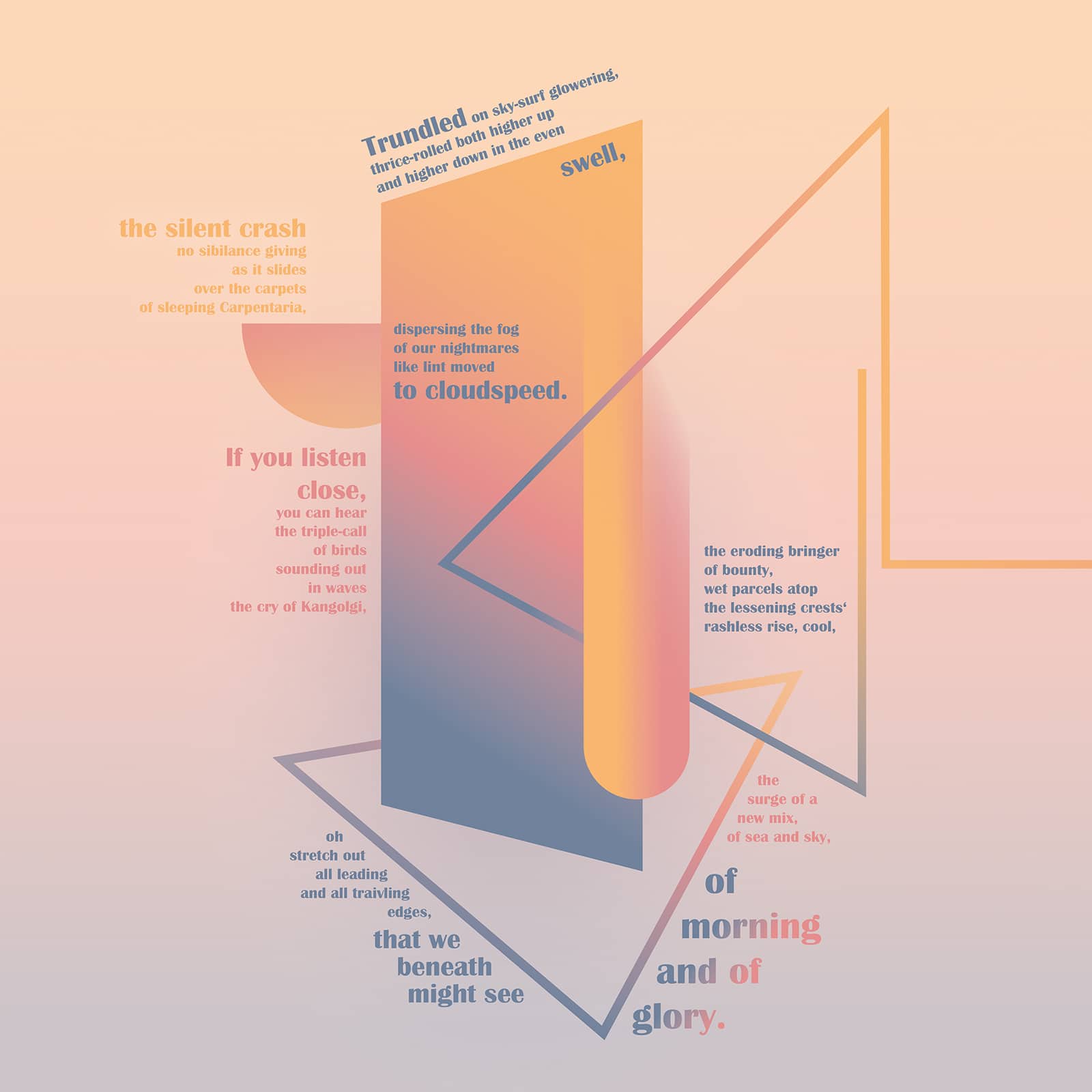 Tremendous long cloud colossus roll above men’s heads at an unbelievable speed at the north Australian Gulf of Carpentaria during springtime. This special event is never forgotten by the ones who experienced this huge and very unique spectacle.

Listen: Of Morning And Of Glory “Red Sky Spirits”

Most humans tend to forget where their roots really originate. But once in a while nature comes up with new events like this to remind us where we really come from. Our physical bond with this planet will never break since we all turn into the soil as soon as we leave our bodies.

To intensify our understanding of it, this compilation series looks into several special natural phenomenons and lets various artists of different art forms interpret their own picture of it in their individual creative language. The whole concept is based on the ‘Chinese Whispers’ game.

Kwasu Tembo, writer and musician started the whole process with a lyrical text about this phenomenon which was passed on to four visual artists: Dycide, MTRL, Ohneweil and Polygonia. The created artworks, based on their synaesthetic impression of Kwasu Tembo’s words, were handed to the musicians Foreign Material, Infinity, Javier Marimon and Olorun. They crafted four musical pieces arising from their visual impression of the digital designs.

Synaesthesia is a very powerful tool to grasp coherence which is not easily explained. It can create inner feelings and associations on the observer’s side, which are much more accurate than any scientific explanation.