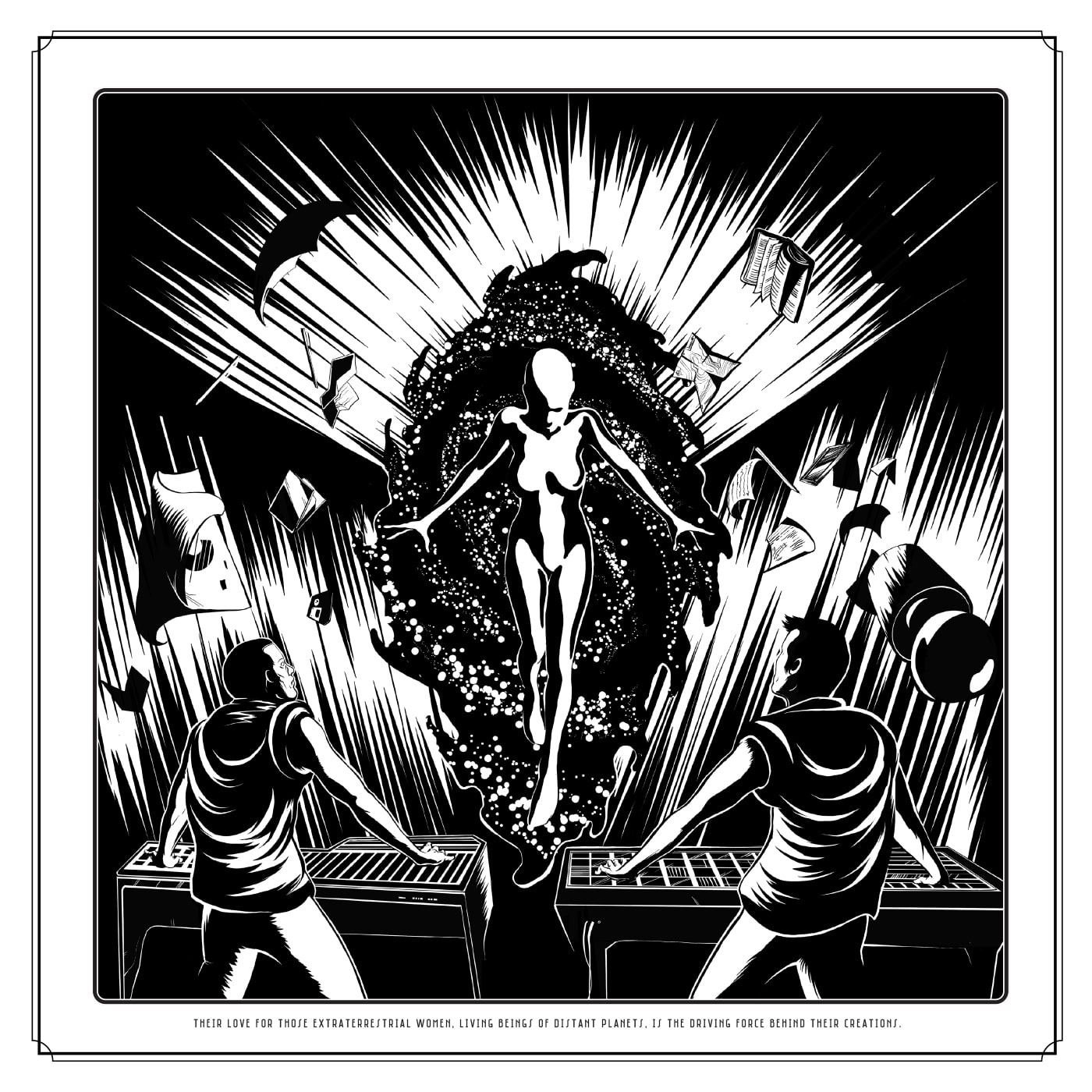 Following up on Luke Hess brilliant 12″ from last year, Supercinema Records is now back with another stellar release, from sleeve to groove wrapped with passion and emotions. Belgian native Martin Respaut aka Foreign Material joins the Supercinema family for the labels third outing, a four-track strong EP, full of dreamy poly-rhythms, mesmerizing and colorful sounds that will put any dancefloor into a trance.

Since first surfacing the scene in 2016 under the name of Foreign Material, Martin has been releasing music on a plethora of renowned labels like Curle, Circular Limited and his own Co-founded label Norite. Martin describes his music as a link between the past and the future, a mix of ancient myths and future visions.

To complete this release label invited Crossing Avenue, one of the central projects of Donato Dozzy’s and Neel’s Spazio Disponibile label. Duo is known for their subterranean ambiance in their productions which perfectly reflects on their interpretation here.

Supercinema was founded in 2018 in the south of Italy and is run by Graziano Umile and Alfredo Mazzilli. “Based on a dream translated into a storyboard”.

Enjoy the exclusive premiere of “An Infinity Of Sand” below.

Foreign Material has been into music since his youth. After studying percussions at the Conservatoire and graduating in History, his interest in dark atmospheres finally led him to techno music. The spirit of his music is a mix of ancient myths and futuristic visions. A link between past and future, a conceptual music, mystical and cosmic. Co-founder of the Belgian label NORITE, he released several EPs on it, including ‘The Quest’ on vinyl. He also released on Curle Recordings and Circular Limited among others.

Crossing Avenue is one of the central projects of Donato Dozzy’s and Neel’s Spazio Disponibile label.

Their music features minimalistic and percussive beats, flashes of synth, alien life forms and subterranean ambiance which are constant elements in their aesthetics. Their production is also characterised by the use of Folk Rhythms typical of their region, Apulia, in the south of Italy. They were also involved in the European Spazio Disponibile Tour in 2018 hitting some of the most acclaimed European clubs like Berghain and Shelter.