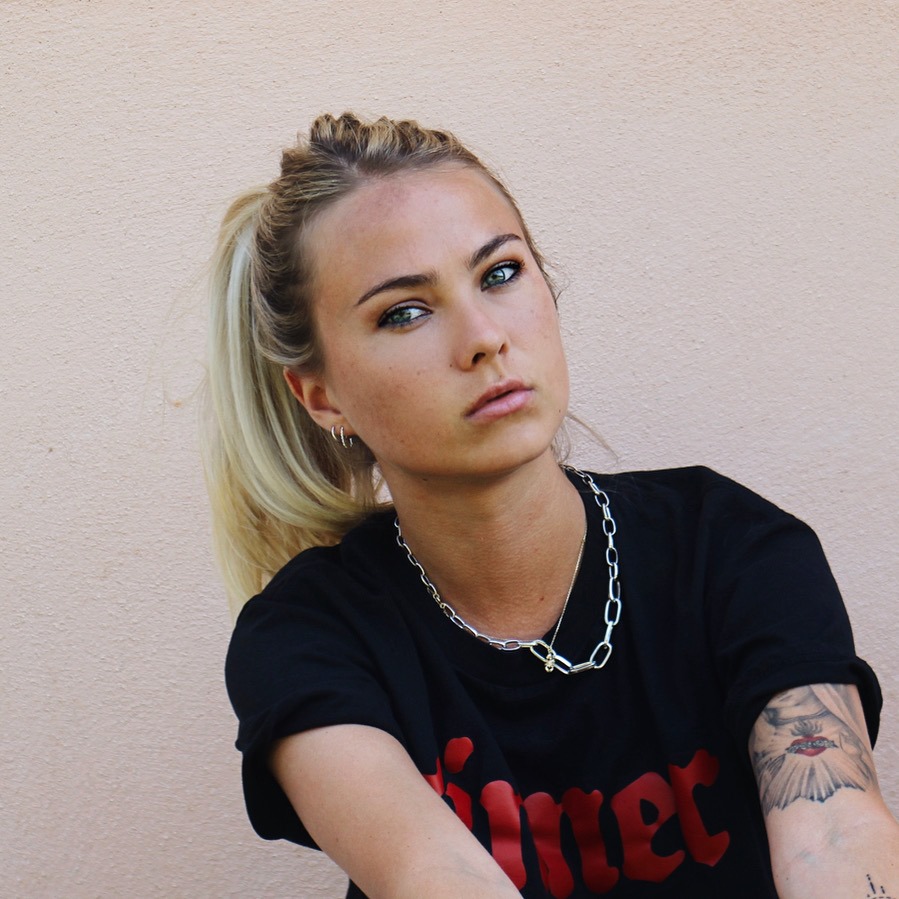 Felicie is one of the most promising DJs and producers in the hot Parisian scene, and the three original tracks on Soma Records that form her Daddy Issues EP are a testament to that.

Today, we premiere the Cleric remix of the title track from her “Daddy Issues” EP, a rendition that is equally as relentless, pounding and raw as the original tracks on the release.

Felicie’s first track ‘Always Online for You’ has been released on MORD Records, part of the Herdersmat Part 23-29, and is a perfect representation of Felicie’s techno.

After playing for several collectives in France, Felicie has now had international bookings in Madrid, London, Montreal or Utrecht, and has played in renowned clubs as Griessmuehle, Jaded, Basis or La Machine du Moulin Rouge.

While being one of the winners in the latest Soma Records remix competition, her unreleased material has been supported by household names such as Dax J, Bas Mooy and Cleric.

The mysterious Mancunian, known as Cleric, has been active within the scene since early 2012. His full schedule has included multiple bookings at Berghain, Awakenings, Possession, MMA, Fabric and many more high profile venues and festivals worldwide.

The UK producer’s creative output has been most prolific with an extensive amount of releases on labels such as Arts, Soma and Figure, but now tends to concentrate on his own imprint Clergy which has hosted the likes of Dax J, James Ruskin, Kwartz and Cleric himself. Celebrated for his high tempo groove and solid kick drums, Cleric describes his music as a means to translate energy to others.

In 2019, we saw Cleric tour his first live set with bookings across many festivals, including Voltage, Luft Und Liebe, ADE and Instytut festival. Now taking a short break from this project, he will be looking to tour a completely new live set up from October 2020 onwards.

Soma Recordings is a Glasgow-based techno and house label co-founded in 1991 by the electronic music duo Slam. Now in its 28th year, Soma has a reputation for consistent excellence in the record industry, continually releasing quality electronic music. Soma is regarded as one of the top UK independent record labels, and one of Scotland’s best musical exports. To date, Soma has released over 500 singles and 100 albums from some of electronic music’s biggest international names.

Soma Records is inarguably one of Techno’s major forces in 2020 and since its inception on the streets of Glasgow, it has stood for uncompromising quality of the highest level in every area it operates.

Label figureheads Slam formed the label in 1991 together with friends Glenn Gibbons & Dave Clarke and subsequently forged one of electronic music’s most widely known and well-respected labels. Soma quickly began to develop its own sound with classics such as Slam’s timeless ‘Positive Education’ and helped launch the careers of many great artists like Surgeon, Envoy, Silicone Soul and Alex Smoke as well as the discovery of French duo Daft Punk who released their first rudimentary, raw outings on the label back in 1994.