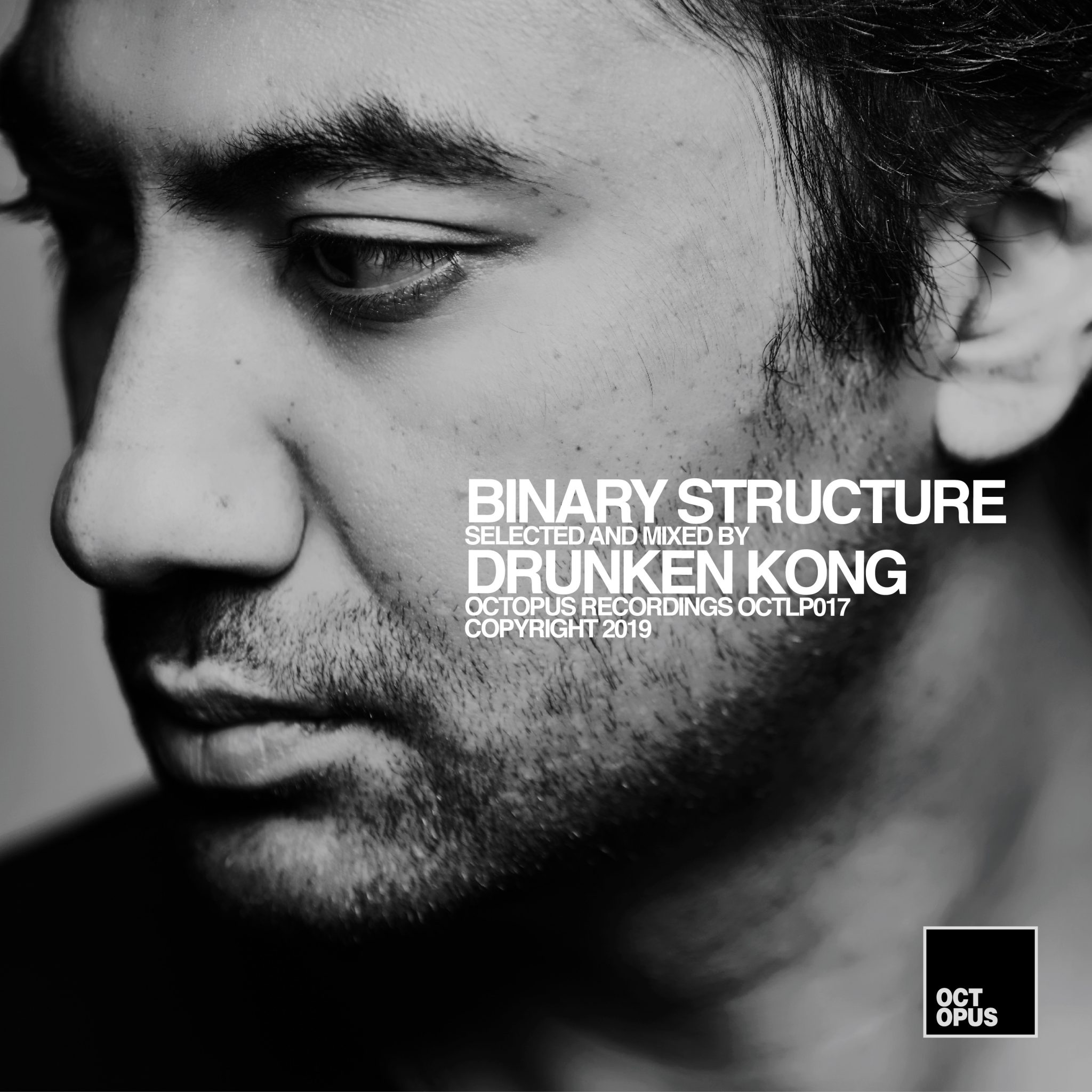 Tokyo based duo Drunken Kong has steadily developed a ferocious fanbase through his dance floor igniting tunes, and are now curating a 14-track compilation for Octopus Recordings. Encompassing a straightforward club-rocking sensibility, with red hot production techniques and standout DJ sets around the globe, he has quickly cemented his stamp on the international circuit.

Choosing mostly unheard and unreleased weapons for this latest compilation on Sian’s Octopus Recordings, his selection and mixing vibe shows off the section perfectly, swinging from heavy and relentless to deep and mysterious tracks, procured from the labels stalwart artists and some new fast-rising creators.

Entitled Binary Structure, the 14-track release features works from M Fukuda, I Am Bam, Sian, Metodi Hristov, Juliet Fox, Hybrasil, Sinisa Tamamovic and of course Drunken Kong himself. Our premiere for today, “Break The Roots,” is one of 5 original tracks on the compilation produced by the Japanese duo.

Drunken Kong is the project of D. Singh and DJ Kyoko. In 2010, the two started their project when one day they suddenly decided to make a track together, and they’re now a rare husband-and-wife duo touring the world, with plenty of quality releases in their cataloge. They have now released an album on Christian Smith’s label Tronic, The Signs Within (2017), as well as numerous EPs and singles on labels such as Octopus, Stil Vor Talent, Terminal M while they remain active with domestic label such as Session WOMB and Plus Record.

Their music is gaining a lot of attention and support from international top artists and DJs such as Adam Beyer, Christian Smith, Monika Kruse, Pan-Pot, Umek, Boris, 2000 and One, Uto Karem, Karotte, Filterheadz, Dosem, Stephan Hinz, Wehbba Wally Lopez, and Deadmau5 just to name a few.

Drunken Kong has been constantly active in the Tokyo techno scene, playing regularly at major Tokyo clubs such as WOMB, Ageha, Unit, Vent and Sankeys TYO. The two have also started their own resident party called “INTENTION” at WOMB, inviting artists such as Christian Smith, Uto Karem, Nathan Barato, Arjun Vagale and Jewel-Kid to Tokyo while also expanding their musical influence to other regions of Asia.
Following the success of their productions and live performances in Japan, Drunken Kong have gone on to tour other Asian countries as well as Europe and the United States, attracting new fans with their unique sound and groove.

Drunken Kong Binary Structure is out on Octopus Recordings via Beatport