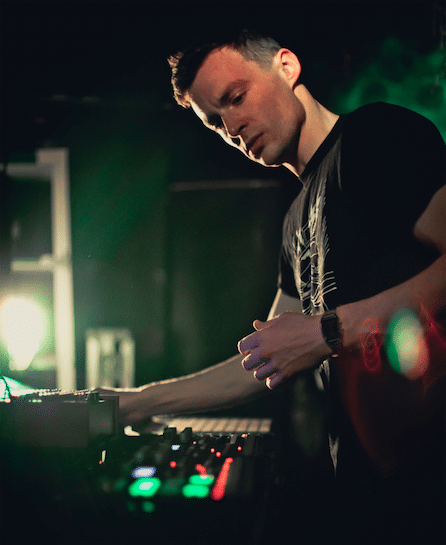 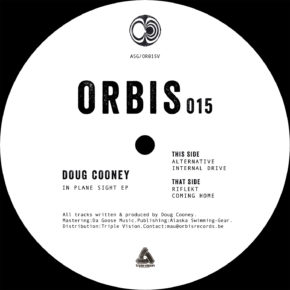 Doug Cooney has cultivated his knowledge of techno over many years. Doug’s passion for this craft runs deep and his DJ sets span the full spectrum of Techno, past and present. His style and attention to detail have earned him warm up sets for many of his Techno heroes, with Dave Clarke, UVB and Abstract Division being recent highlights. As well as being a Mutate resident, he also plays regular headline slots in Dublin’s biggest venues & has played several gigs abroad taking a trip to Berlin’s Arena club last year featuring on the same line up as Adam X & the Dystopian Record labels Jon Hester.

Doug is also the driving force behind Real//Sound Ireland an independent music school for aspiring producers and DJs in Dublin. Real//Sound provides workshops and showcases for those hoping to learn the craft of electronic music, within the laid back and straightforward environment Doug insists on with all he does.

Doug brings a similarly tireless ethos to his own productions, which blend classic analogue synthesis with contemporary digital sound design. His production has received support from Berghain Resident Answer Code Request & Ben Sims who has played several of Doug’s tracks featuring them on his monthly `Run It Red’ mix Series. As well as producing records under his own name on labels Bastardo Electrico, research and RLSD Records, Doug is also part of the duo RSCH14, who released on Vision Collector records. More recently, Doug’s composition skills have been turned to scoring, and he was delighted to be commissioned by VICE and Vodafone to produce four tracks for “Don’t Forget To Go Home’, a documentary which explored Berlin’s techno scene.

He makes his debut on Orbit Records with this extremely well-produced four-tracker, filled with timeless techno cuts filled with consistency throughout. In Plane Sight is characterized by great synthesis with a classic touch with an excellent balanced digital sound design.

“Alternative” offers none. As simply as that. Slick. Classic synthesis. Gently and balanced, yet interestingly very funky in its own way. Perfect filler and A-track to set the tone for this EP.

“Riflekt“ kicks of the B-side, and is today’s exclusive premiere for 6AM. Imagine an empty black space creeping up to you from behind. Dark. Groovy. Bleeps and Blips. Gentle throttling movements around you. Great atmosphere generator to shift any DJ-set to a higher gear and step it up a notch.

“Coming Home” sounds like a track to cruise home from an amazing night. You’d expect soft, gently, sweet minimalistic techno with a touch of melancholia. Guess what. Not for Doug. Sounds more like a good ol’skool closer to have a last stretch of all those zombies on the floor! Go home. Go hard.