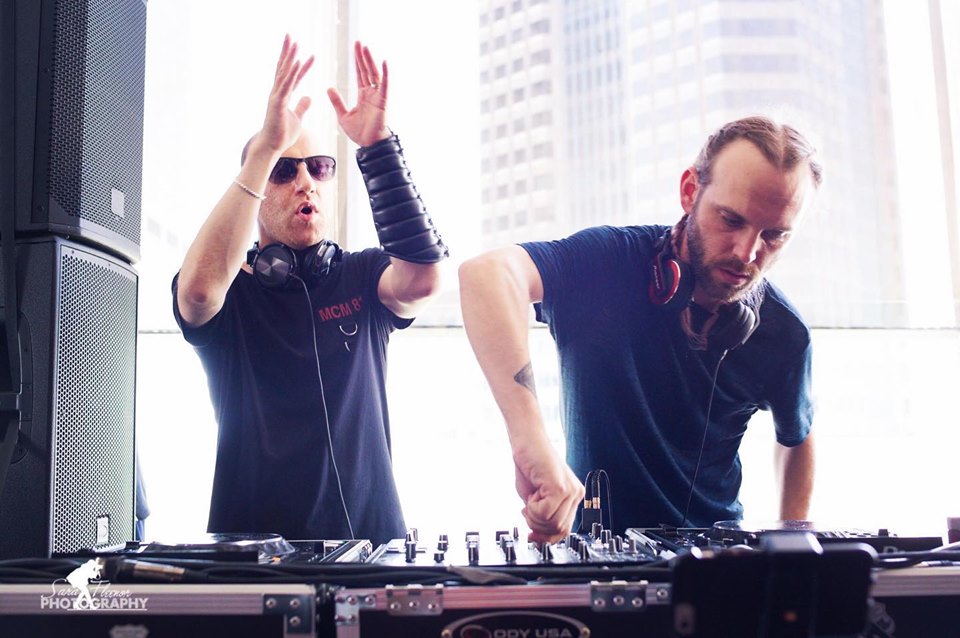 House music DJ and production duo Deep Tribe have returned and this time around are offering up a six-song remix package for you to move and shake to.

Coming right after their last release, “Reflections”, the duo decided they weren’t quite finished and decided to Reflect this time upon one of their most beloved and well known, previously released tracks, “Now Move”. The goal of this decision is twofold; to showcase the amazing skills and talents of some of their peers and friends in the underground house music world, as well as to provide fresh new twists on a song that has been heavily downloaded, streamed, and adored by fans of theirs internationally.

To attain these goals, the guys turned to various talented friends from all over the globe, and asked them to assist with remix duties. This decision resulted in an impressively diverse group of talented producers, each injecting their own unique style and vision into their respective remix. This is a wonderful remix package that we guarantee contains something for everybody! Also, don’t forget to check out the included reworking of the track by the dynamic duo themselves. For anyone that was a fan of the original “Now Move”, a fan of Deep Tribe, or perhaps just a fan of house music in general, this release is a MUST have.

We are premiering the infectious remix by The Ananda Theory. Rhythmic claps are interwoven between a fat clubby kick, aggressive 909 style hi-hats and big reverb-drenched crash cymbals. This one has all the energy of your favorite house tune and everything you miss about house music“ from the good old days”

The Ananda Theory is a collective of like-minded artists who started their sonic journey in Chicago, and all linked up in Los Angeles through a network of mutual friends. They started working together in 2018 with a homemade Eurorack modular Synthesizer some drum machines and a dream to create a more conscious approach to electronic music that incorporates deep bass, swinging grooves, and intricate synth work. Each member of The Ananda Theory brings a unique skill to the table.

The album kicks off with an energizing tech-house remix by longtime collaborator and friend of Deep Tribe, Victor Vega, a fantastic DJ/Producer from Italy. Victor’s upbeat style lends perfectly to the original synth melodies and he effortlessly flaunts his knack for creating kinetic, percussive, top-line grooves. He layers these with a heavy, subsonic bass line, that bubbles just below the surface. Victor is like a mad scientist when it comes to creating his breakdowns. He has a natural ability to create the perfect amount of tension with crescendos that build up then drop in completely unexpected and exciting ways. Without fail, he brings it back around, full circle to his signature sound that keeps the beat driving all the way through to the end.

Next is a dark offering from fellow Los Angeles resident, Sam Swindle. The musical friendship that Sam and the guys share is extensive and goes back years. As a result, Mr. Swindle has what seems like an effortless ability to transform any track given to him by Deep Tribe into something unique and completely his own. In his remix, Sam Swindle. showcases his mastery of making use of the space between notes and sounds to enhance the overall composition. While many of today’s tracks suffer from having everything but the kitchen sink thrown in, Sam’s is simple, clean, and extremely effective. Whether it’s the grungy synth playing a call and response game with the vocals or the speaker blowing 808’s that harken back to the sounds of Miami bass music, he weaves together a complex range of sounds without overdoing it.

The next remix on the album is here to prove you wrong. Chicago native Twitchin Skratch contributes what can be described as an eerily beautiful and dark masterpiece. The sub bass sounds of his 808’s lock together in an infectious rhythm, creating the backbone which holds the entire skeleton together. From the moment the song starts you know you’re in for a ride, but the payoff comes when Twitch introduces the almost sinister sounding main synth melody. With this almost dissonant texture he creates a complex marriage of two seemingly opposite things; the essence of danger and of beauty. A combination which no city will ever understand better than Chicago.

The next track on the album was produced by another resident of Chicago, Amy Unland. Amy’s remix is expertly crafted, with all of the elements sitting together in a seemingly perfect union. Each one, right where it belongs, complimenting the surrounding sounds in perfect synergy. The genius that lies within Amy’s interpretation is the versatility that she creates through a unique combination of musical ingredients. While the melodic pads and synth sounds are deep, beautiful, and chill, the kick drum, and the bass line are undeniably fat and heavy enough to test the abilities of the most high-end speakers on the market. Due to this versatility, the track can be included in a range of different DJ sets and settings; everything from a desert party, to an underground warehouse, to a nightclub, or a daytime rooftop party. Finding a track with that much playability is a rarity in this day and age.

The last remix featured in this package comes from Deep Tribe themselves. A few of the elements still remain the same, but they feel almost like they were intentionally left as a sort of ‘nod’ to the original. However, their rework of this song is quite a departure from the original mix and there’s no mistaking the differences. This time around it seems, the duo opted for more synth work, adding new lead lines, quirky note slides, and wobbly synth-scapes. While the original contained a sort of bouncy 808 bass sound, this rework flexes its might with a bass sound that’s more in line with the growls of a five ton behemoth. Make no mistake, it’s still just as fun to listen to and it’s guaranteed to have an even bigger impact on dance floors. With such a talented, skilled group of musicians all adding their unique vision to this release, it’s automatically a given that you will find something to suit your taste on this collection of tracks.