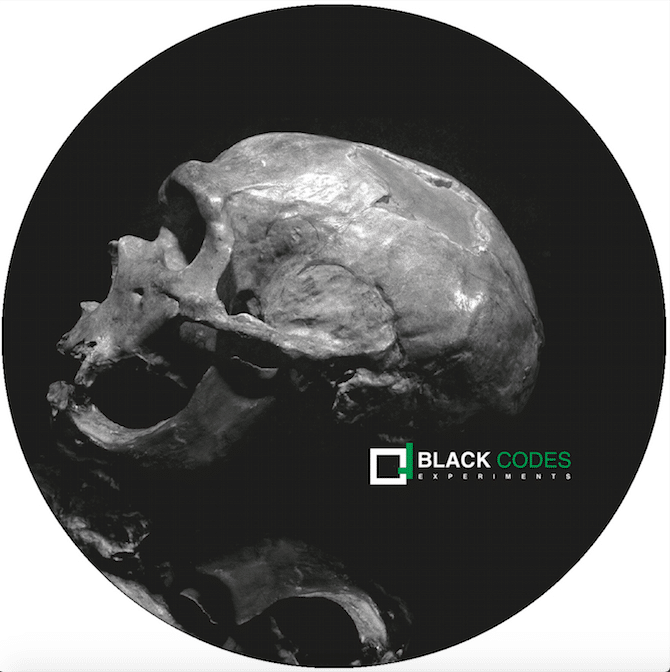 And the best thing is, we are premiering all four tracks on this Black Codes Experiments EP for you today!

D_func. aka Alexander Kowalski has an extensive career having featured on prestigious labels such as Tresor to Kanzleramt, Figure to Faut Section, and here welcomes his exciting alias for the pairs debut collaboration release.

Vertical Spectrum is from Poland and known for contributions to Oscar Mulero’s PoleGroup, Christian Wünsch’s Tsunami and Abstract Division’s Dynamic Reflection to name a few.

Cristian Varela is acknowledged as one of Spain’s pioneering techno producers, and was one of the first underground Spanish DJ’s to receive international bookings when he started his career over two decades ago.

Originally gaining DJ fame for playing experimental techno sets on four vinyl turntables, many do not realise Cristian Varela is also a successful composer, having even recorded a symphonic album at the legendary Abbey Road Studios in London.

Techno is always evolving and like the genre, Cristian has moved with the times. 2018 has seen the relaunch of his “Black Codes Experiments” project, which originally started in 2003 is a return to his roots with a series of underground gigs and vinyl-only releases featuring artists such as Regis, Mark Broom, Shufflemaster, Tensal, Abstract Division, Exium and Arnaud Le Texier, amongst others.

When talking about Cristian Varela’s roots, longstanding fans of the Techno genre will need little introduction for his seminal remixes of artists such as Ben Sims and Speedy J. More than just a remix artist, Cristian Varela has released numerous solo EP’s on labels ranging from Carl Cox’s Intec to his own Pornographic Recordings.

Alongside the relaunch of Black Codes Experiments, his other imprint Pornographic Recordings will continue featuring new music from the likes of The Advent, Ken Ishii, Gary Beck, Marco Bailey, UMEK, and many more.