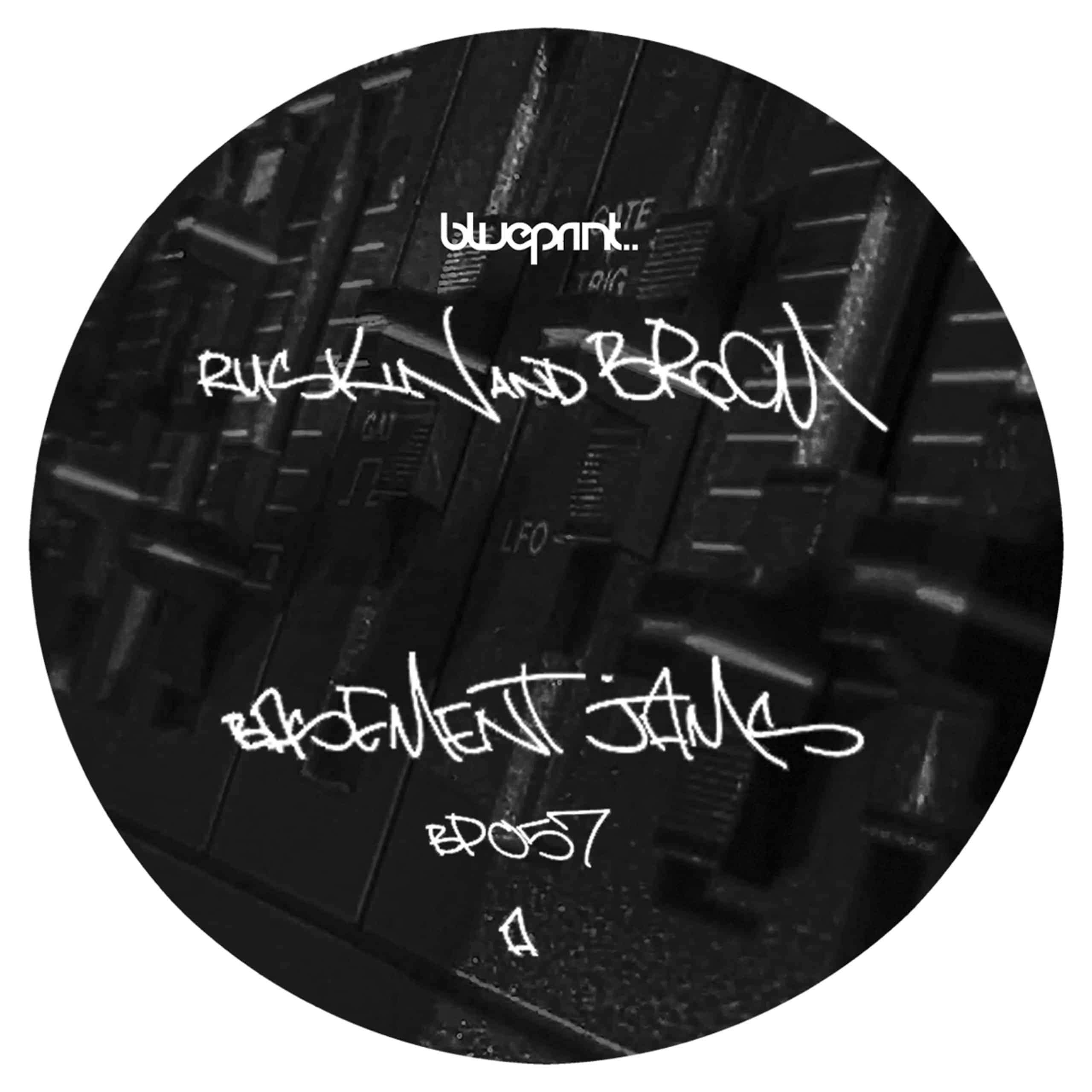 It’s been almost 2 years since the last Ruskin and Broom EP (‘Domwen’ – BP053) on Blueprint, and in that time these two UK icons have continued to dominate with astounding solo work as well as their more experimental project, The Fear Ratio, releasing their third stunning album back in March for Skam.

Returning to their Techno bunker, Ruskin and Broom now deliver four new tracks of Basement Jams to close the year. Expect heavyweight basslines, sharp stabs, tough grooves and a high level of funk to the metallic sonics that sets them apart from other releases.

Croydon-born producer and DJ James Ruskin is one of the most respected figures in British techno, both for his Blueprint label and his own recordings, which are equally informed by the no-nonsense drive of the Birmingham sound as well as the adventurous sound design of Autechre.

Consistently releasing quality material through Blueprint since the label’s mid-’90s foundation, he’s also issued several full-lengths and EPs through German institution Tresor, including 2001’s Into Submission. In addition to releasing collaborations with Surgeon and Oliver Ho, Ruskin has also worked with Regis (Karl O’Connor) as O/V/R, and produced more experimental, IDM-leaning material with Mark Broom as the Fear Ratio.

A truly prolific artist, Mark Broom has a myriad of production credits to his name having worked with world renowned labels such as Blueprint Records, Rekids, M-plant, EPM, Cocoon, Bpitch Control, Warp Records and the legendary Ifach with Baby Ford.

It all started in the summer of ‘89 when he landed in Tenerife on vacation and stumbled across the delights of the emerging sounds of Chicago and Acid House. Returning to the UK, he immediately went in search of this new found music, a pair of turntables were bought and with it a musical career was born. He has also had the pleasure of reworking material from artists such as Robert Hood, Floorplan, Alan Fitzpatrick and Gary Beck.