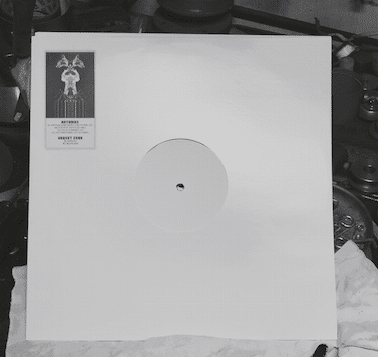 Soil Records retrieves the vinyl as a format with a third reference that confirms the homogeneity and balance in this series of releases. Soil revalidates its commitment to properly structured plurality and grants this division of the catalog the most dynamic temperament of the collection.

Autumns and Verset Zero persevere in the identity of this project with a reference that mixes different registers until achieving an indissoluble standardization. Both the Irish producer and the French artist have in their works synchronic qualities with the current argument that Soil Records exposes on a particularly elitist electronic.

Autumns deals with the A-side with a first long section cut (50 Plus Some Beers And Water, Let Me Know If That’s Do-able), theme in which the author takes as main resource a melodic pattern that is installed in the intermediate range of frequencies and that reinforces its presence with a similar model in the lower area. But the development of the piece is not limited only to this line of action, it is worth noting the arsenal of motives that constantly bombard it and the successful organic treatment of the drum.

With “Catch Yourself On”, Autumns lowers tension while continuing to connect it with the previous track and with the consecutive one. More leisurely cadence and a significant influence on EBM supported by the percussive elements and  filtered vowels very much in accord with this genre, but for the dominant axis it prolongs the same system with an adjusted depth of the kick and a basic, but authoritarian, arpeggiated one that employs again with Say Everything, Say Nothing. However, this third cut gives it ¬ a point more speed than the previous.

Verset Zero handles the B side with two tracks oriented to a more industrial environment. “Expiatio” is a truly elaborate creation, a meticulous composition conceived without predetermined structures that emerges celestially like a serene landscape that is charged with aggressiveness and penetrating shadows. Right in the middle of the passage it hatches into a violent and boisterous environment where life itself seems to have no meaning anymore.

With “Silencium” the French producer moves aggression and fear into a more direct field in which the marked progression denotes self-confidence, causing the listener a pleasant state to be completely involved with evil, with malignant forces of which we are an important part.

This is a vinyl limited release of 150 copies, available on the Soil Records’ Bandcamp page HERE