Premiere: Australian Label PLEXUS Releases “Scorched Earth” V/A as a Fundraiser for the Wildlife and First Nations People of Australia. 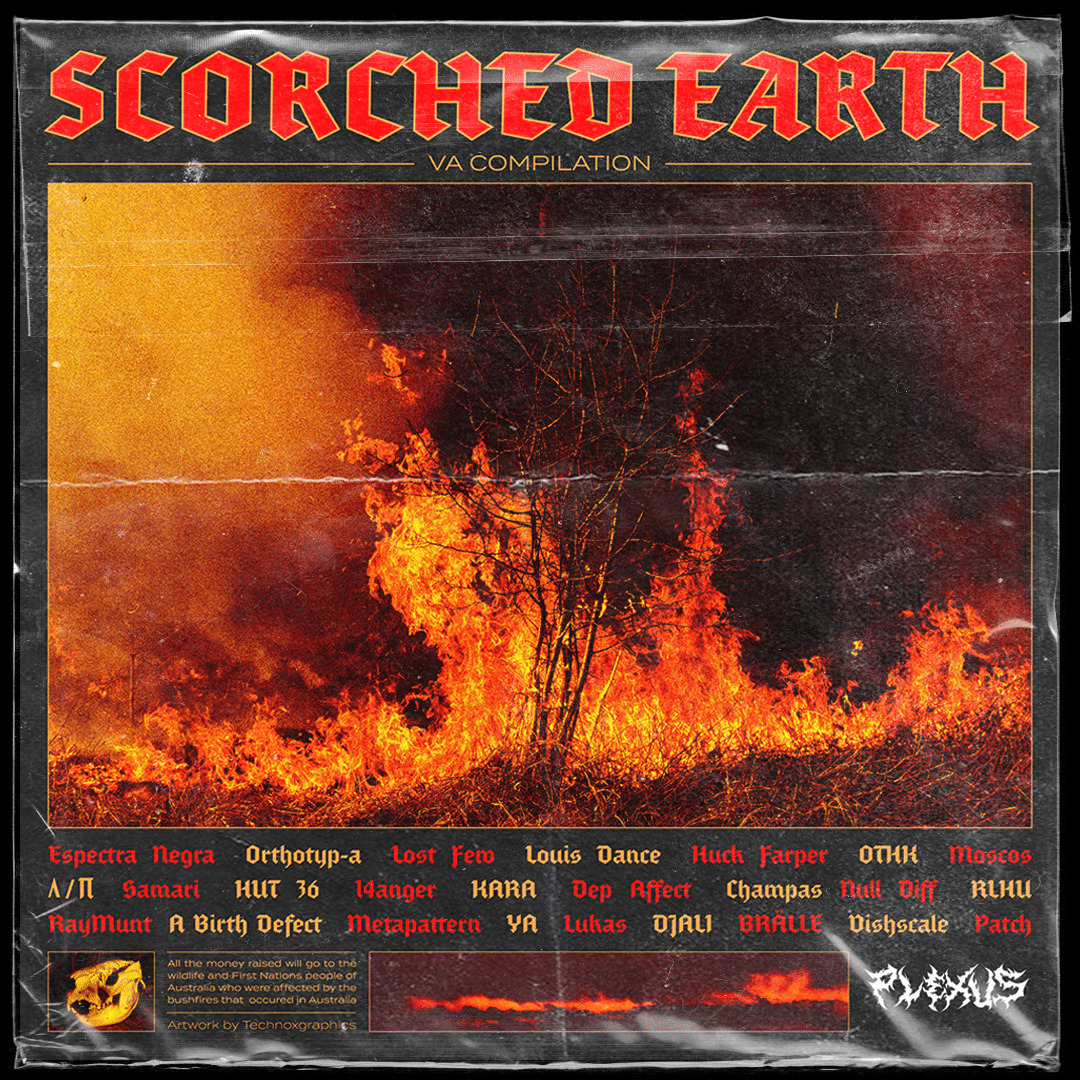 Premiere: Australian Label PLEXUS Releases “Scorched Earth” V/A as a Fundraiser for the Wildlife and First Nations People of Australia.

At the turn of the new year in 2020, Australia was ravaged by a series of devastating wildfire fronts that could easily be observed from space. The east coast was particularly hard hit by unthinkable losses to both flora and fauna.

It is obvious to many that the global rising temperatures have magnified what was part of the natural cycle of the bush, though many believe there was more at play than just global warming. We believe more could be done to collaborate and learn from the traditional inhabitants of these lands.

At the time of the release of this compilation, Australia has now passed the immediate emergency period but understand that the recovery process is still taking place and there are people and wildlife rescue centres in need. We are hopeful that our financial efforts can have an immediate impact but also minimise the risks to future situations.

PLEXUS presents to you a list of carefully curated material to give a voice to their natural land and the living beings that have been affected by these environmental changes.

PLEXUS is a raw, industrial techno night run by Discarnateaus and his partner, that focuses on the raw, industrial and harder sides. Operating out of Melbourne, Australia whilst being heavily influenced by the European scene.

Enjoy a premiere of two of the tracks from this beautiful fundraiser V/A from PLEXUS titled Scorched Earth, originals by Champas and Samari!