Premiere and Q&A with Joel Mull: “Techno Keeps Us Young” 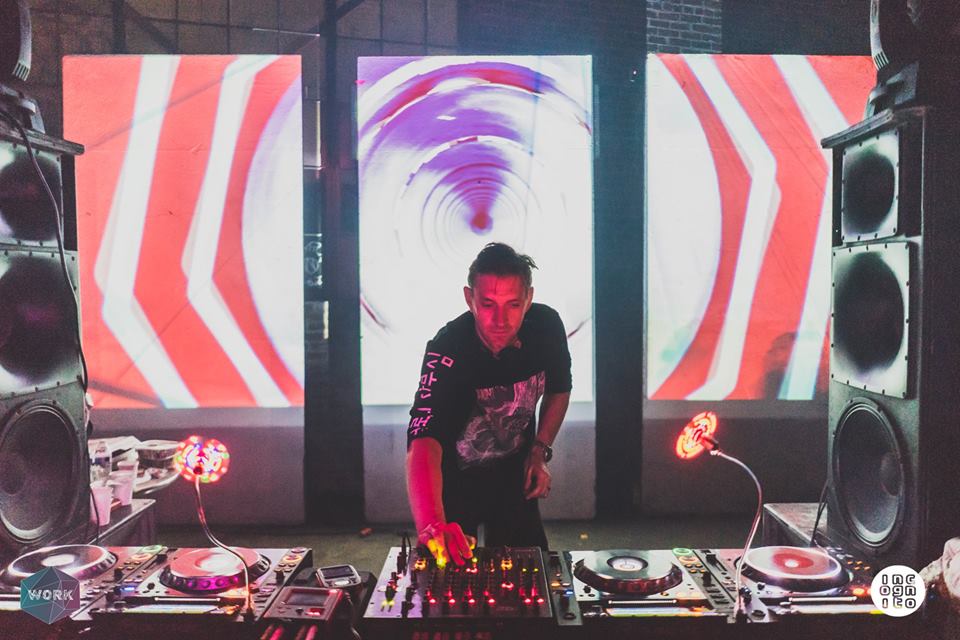 Premiere and Q&A with Joel Mull: “Techno Keeps Us Young”

It is no secret that here at 6AM we have a soft spot for Parabel label co-founder Joel Mull. Our respect  for the Swedish techno veteran is one that is both professional and personal, born out of our experiences hosting him in Los Angeles for several of our WORK x Incognito collaboration events.

One of the pillars of the Swedish techno scene, Joel has been producing and playing techno for two and a half decades, having released on some of the world’s biggest techno labels. His musical integrity is a source of admiration from fans and peers alike, while his down-to-earth and passionate approach to techno makes him \, without the sheer of a doubt, one of the nicest artists in the game.

It is thus no surprise to see legendary producer/DJ returning to the well-respected Mary Go Wild imprint, with a Gorgon EP containing 3 mesmerizing original tracks and a remix by Amsterdam’s JP Enfant.

On top of premiering the title track for 6AM followers exclusively, we took the opportunity to have a chat with our old friend to talk about his busy 2018 and what’s coming up for an artist that has seemingly already done all there is to do in our industry.

Ciao Joel, how have you been? Fantastic new EP by the way, congrats once again on keeping the hard work going in the studio, as well as with your touring. You chose Mary Go Wild to release this one, not your first time working with the iconic label. How did your relationship with them begin and what does the label mean to you as a producer?

Heya. All well over here in Stockholm. I have had a wonderful summer season with many nice gigs.

I first met Alex Slagter who runs the label together with his partner Bram some years ago and it was during the ADE. I was invited to a photo session with the amazing Photographer Krijn Van Noordwijk and Alex was coordinating everything that day.

Me and Alex immediately hit it off and got into talking about music and the state of the techno scene and much more.

Some years later we got connected again during the ADE and I played for their incredible fun Basement Rave they do every year during the ADE. The first years the party were held in the basement of their record/book shop and only about 60-80 people fit in there and it was packed. In the recent years the party moved into the basement of a little Pub cross the street next door.

It’s still very small and the energy is incredible. We have scheduled another session during this year’s ADE Edition and I’m doing a back-to-back set with a Dutch DJ legend. Should be a fun time again!

The platform Mary Go Wild is a very important these days when record shops are not so common. The store is a waterhole in the electronic landscape and a meeting place for people in the scene in Amsterdam.

Alex asked me if I would be interested in doing a release for their vinyl-only Label. I said yes straight away because I have such a long and strong connection with the dutch techno scene and also because I love be part of what Mary Go Wild family is creating. The inspiring energy they have is something special and I’m happy to be able to take part of that .

The first release I did was a track called Caves with a remix by Jeroen Search and Dimi Angelis.

There’s three originals on this one, all stand-alone tracks with a dark and mesmerizing character of their own. What was the reaction when you tested them out live?

The oldest track of the bunch is Roundabout. I made it around 4 years ago and it’s the favorite on the release because it is kind of a different track that I usually write and has a very twisted acidic character and the arrangement is building up a nice momentum. It has always gotten amazing reactions on the floor every time I’ve played it out.

JP Enfant provides the remix here. Why did you choose him to contribute to the EP?

The remix idea came from Mary Go Wild. JP is a very talented local Amsterdam DJ and Producer and he was up for doing a remix.

I have to ask, where does the name “Gorgon” come from?

Gorgon comes from the greek Mythology. The Gorgons were 3 sisters who had hair made of living snakes and horrible visage that turned those who looked at them to stone. You have probably heard of Medusa?

She was one of the sisters.

Also the name Gorgon means dreadful. The track itself has a little of a eerie dramatic feeling and the main synth sounds like it makes a Gorgon sound.

Dope story behind that! Did you produce these in your studio or on the road?

All frequencies was caught in the Studio here in Stockholm. I make some music on the road on headphones too but in the end they all get finalized in the studio. 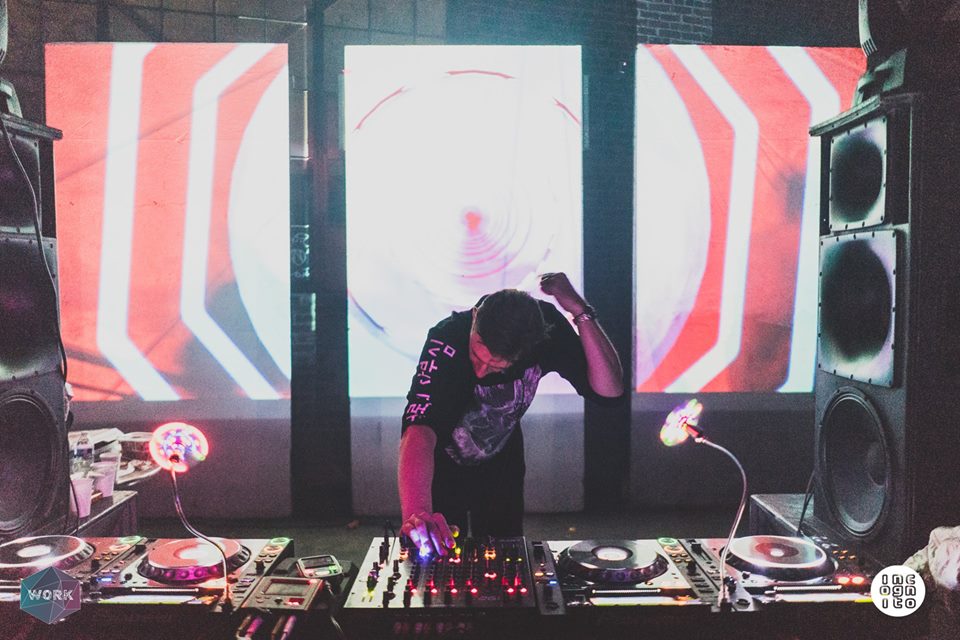 Talking about studio, do you have any studio or pre-studio rituals?

Walking the dogs and then have lunch is the pre-studio ritual I usually do. The standard is to have lunch at 1pm together with my colleagues that I share the same space with. We are four studios in this space. And its always important to have the belly full when you start working.

Can you share some key studio advice for aspiring producers?

One advice is to listen to some music that you like before starting to work on own pieces. I find it to be inspiring and its easier to get started to. And try to work on a low volume, it saves your ears and many times the mix down as well.

What keeps you going, after decades of techno in this ever-changing industry?

The constant process. Being part of Music and Art is the main energy that I get from being part of the club culture.

Also the pleasure I get of having full control of the music in an environment where people have a freedom to express themselves. There is a holy thing with dance gatherings. It brings out a old spirit sometimes. Not every time but when it happens and that spirit burst out there is a metamorphosis taking place. People get into another realm.

I grew up with a father working in the theatre and many times I was with him at work. I love the metamorphosis that goes on backstage with the actors and when they get in to character when they get their costumes on.

Fantastic analogy there. You took an awesome little break recently, on an island up in Sweden, which you do quite often. What about that location is special for you?

Yes I’m so lucky to be able to go out on this island. For me nature is the best way to reload your energy field and get in balance. We try to go there twice a year and its where we reload and spend our holidays.

It’s about 6 hours drive north from Stockholm so still kind of middle of Sweden you could say.
I takes about 7 hours to walk around the island. It consist mainly of a big old forest with a little mountain in the middle of the island, big shores with cliffs and some beautiful beaches. Most of the time we are completely alone on the island. There is no water well so we have to bring our own water supply and we get electricity from solar panels so unfortunately I can’t set up a studio there… I’ve dreamt of it many times.

You were a part of the Drumcode festival in Amsterdam very recently. Can you describe the experience to readers who couldn’t be there to witness it?

It was really a fantastic experience. Pretty amazing how big impact Drumcode has had globally.
50% of the people was coming from different parts of the World to take part of that day. So you can imagine the level of energy and excitement. About 12.000 people celebrating and dancing day into night in the middle of the city is always something special.

I’ve been part of Drumcode since day one. It’s like watching a little brother growing up. And to see where it came from and where it is today makes me very proud. The production of the festival on a scale of 10 was 11. Good times.

You and Adam, with whom you go way back, got to play back-to-back together at the afterparty that night. What was that like?

Yes Adam and me are family we have done this music journey together since we was in our teens. We have played b2b many times together but its been a while since last time. The afterparty was held at a club called Shelter and the design of the club makes it even better.

It has pillars in the room and the ceiling is high enough to make a feeling of being in a temple. We got there almost straight from the Festival and people was ready for it. It was packed out and you could almost touch the energy in the room. I wish I had worn my shorts because it was crazy hot.

2018 has been another busy year for you. Any highlights from the gigs you’ve played so far?

Nation Of Gondwana outside Berlin in July is a summer highlight for me. Ive been invited to play many years in a row now and it has a special place in my heart. It’s a open air in a field in the middle of a forest and the party goes from Friday- Sunday evening. If you ever get the chance to be part of it you have to go. It’s that good. You can listen to the recording of my set here:

With so much already on your resume, what is in store for Joel Mull in the years to come? Anything in particular you’d like to do?

I’m not sure what else I want to do except continue with what I love to do. As I mentioned above it’s a constant process. I’m very inspired at the moment. This year marks the 25th year that I have survived  being a DJ and Producer and it’s a blessing to have been able to do this so long.

I’m working on putting together a album so hopefully soon I can share it with you.

Apart from that its business as usual. Just keep on pushing forward, making a lot of music and celebrating life. Spread more love and good vibes, bring people together instead of dividing. The world needs more positivity in this time and age.