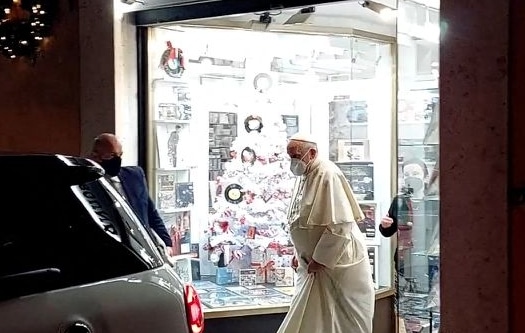 According to Reuters, Pope Francis was filmed casually coming out of a local record store with music in hand. The pope known for his taste in classical music was visiting friends of the shop and just came to pick up a box of CDs. Known for not using large police escorts the pope tried to sneak in and out of the shop with just the company of one Vatican employee.

Not taking any offense of being caught and filmed, the Pope wrote the news reporter who discovered him:

“One should not lose one’s sense of humour. Thanks for doing your job, even if it did put the pope in difficulty.”

Music enthusiasts probably wouldn’t blame the guy for wanting to dig through some crates instead of just streaming.