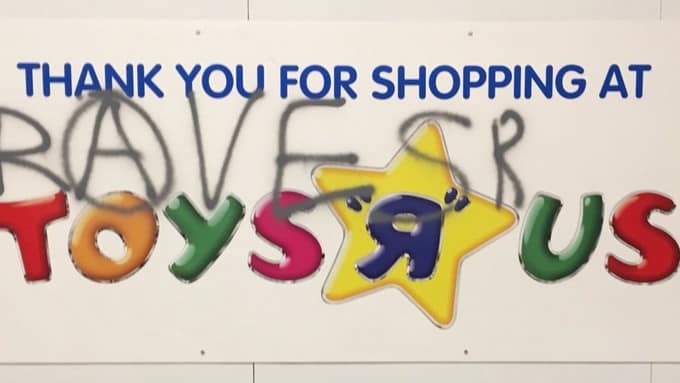 The rave scene in the UK is thriving.

Over the Easter weekend police shut down an illegal party at an abandoned Toys R Us store in Hounslow.

Per the police reports hundreds showed up at the location, where at least one raver spray painted over the “Toys R Us” sign to make it read “Ravers R Us.”

The event was shut down on Saturday, March 31st with five arrests at the scene and police confiscating the sound system

According to the Metropolitan police in London, the number of illegal raves doubled last year to 133, up from 70 in 2016.

The increase is likely in large part due to the increasing closure of legal venues in London. Between 2005 and 2015 the British capital saw over half of its clubs shut down, according to numbers by the Association of Licensed Multiple Retailers (ALMR).