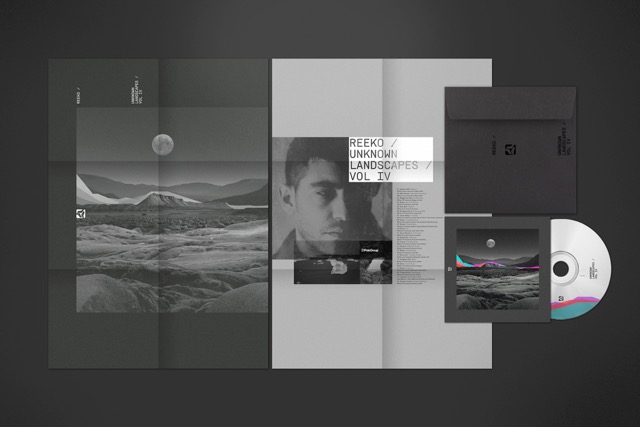 Oscar Mulero’s Spanish techno label PoleGroup has announced the release of the fourth of installment of their CD mix series Unknown Landscapes: a compilation of unreleased tracks, mixed and compiled by a member of the PoleGroup platform.

The honors for Vol. IV go to none other than Juan Rico, or Reeko as he is more commonly known. The Spanish producer and track selector has selected 22 previously unreleased tracks including work by label favorites Reeko, Exium, Kwartz, Jonas Kopp, Pfirter and Oscar Mulero, as well as new faces on the imprint such as Reggy van Oers, DJ Hyperactive, Unbalance and Kangding Ray.

The compilation comes as a 74 minute long non-stop mix produced by Reeko and filled with a powerful selection of high-quality techno from one of the world’s leading labels in the genre. The entire mix is an eventful journey through timeless techno, allowing the listener to visit a series of unknown and mysterious soundscapes strung together seamlessly by a master of Reeko’s quality.

As an additional feature for the Unknown Landscapes series, the chosen selector will choose 4 tracks at the most from the CD for an exclusive vinyl release. In this edition, Juan Rico has chosen music from Unbalance, Mike Parker, Lussuria and Reeko. The CD Mix and digital download are slated for Deceber 9th release, whereas the special release vinyl will be available on January 13th.

You can stream Reeko’s “Dead Animal,” which will be featured on both the CD and vinyl,below. Additionally, PoleGroup will stream the full mix via Bandcamp on the release date.

For the first time ever, the CD, which is limited to 250 copies, will come in a special new packaging, including a poster and will be only available via the PoleGroup bandcamp page. Fans supporting the release by ordering it will also  have the right to download the complete download of the mix and bundle with the individual tracks. You can pre-order the release here.