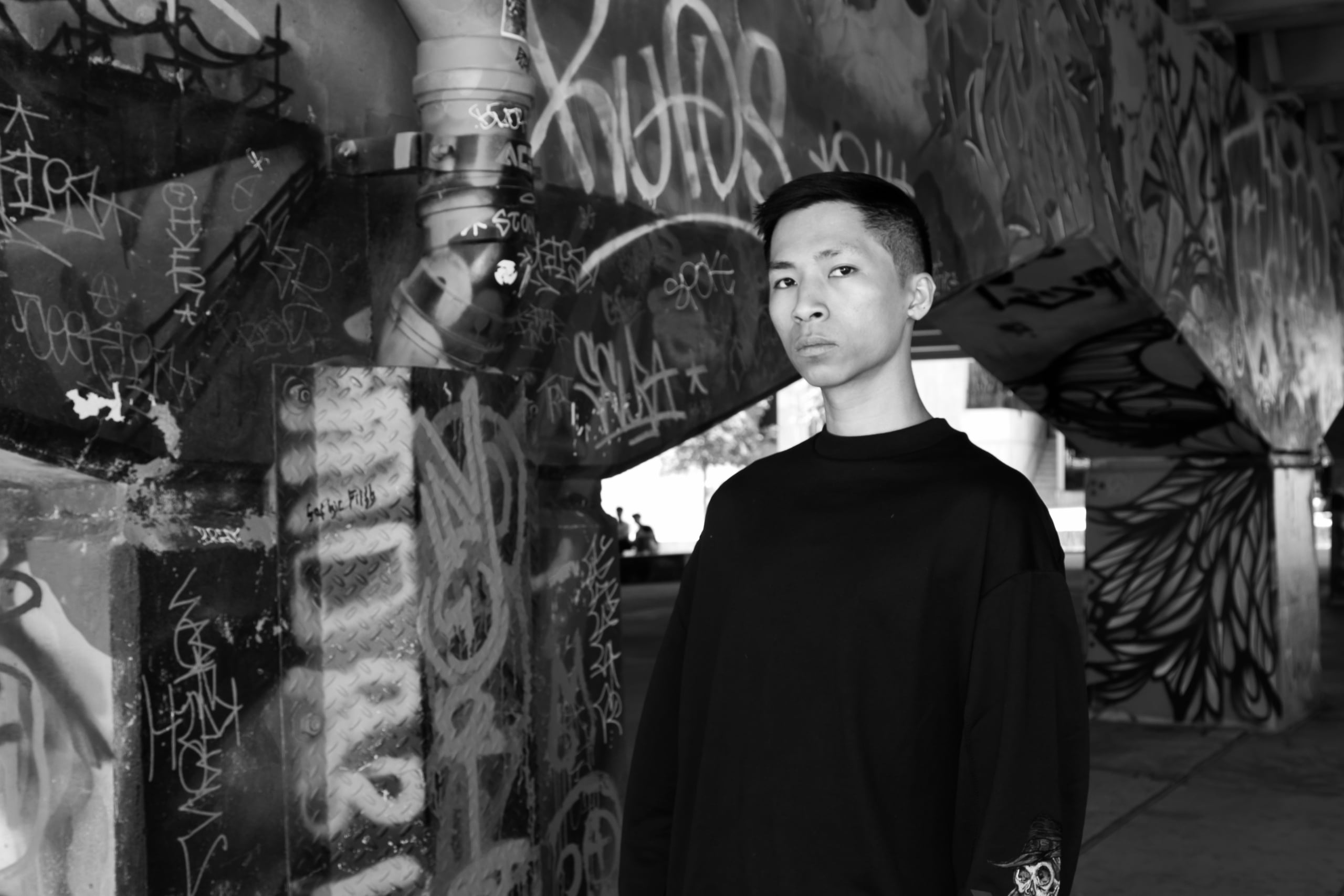 This week Ryan Chan aka 747 returned to Canadian imprint Aquaregia Records with his debut full-length album titled The Gate of Life.

Following the critically acclaimed Paleo series of EPs, Vancouver DJ and producer 747 continues to push boundaries with this debut studio album. The album, which came out earlier this week on November 4th, was released on Aquaregia where 747 signed his first record and has since helped spearhead the hypnotic sonic pathway that the label is known for. Written over the past year with predominately analog hardware in Vancouver and Berlin, the album draws influences from both cities as it flows between serene soundscapes, techno, and acid to form an introspective collection of music. Over the same period, the tracks have been tried and tested during 747’s bustling live schedule which saw him at some of techno’s highest regarded clubs including Fabric in London and Rex Club in Paris.

In celebration of this milestone achievement, we asked Ryan to take a trip back in time to the early ’90s. and 1993 to be more specific. 1993, the year of Ryan’s birth, was one of incredible change for the world of electronic music, and one that has influenced Ryan’s output as 747 in many ways.

The following are his words, which come alongside a selection of his favorite tracks released in 1993.

“The early ’90s are often said to be the golden era of innovation in techno and trance music. The parties were better back then, the music had more soul, and the sounds were fresher. Unfortunately for those like myself who were born in the 90s, we have lived the majority of our lives unaware of this era of dance music. Every now and then, as I was first getting into techno, I would see a post from a DJ or a debate in the comments section (usually including multi-paragraph anecdotes) about how music was so much better back in the day, but I had enough on my plate taking in the current scene to put real effort into going backwards in time.

Without a reference point, it was pretty hard to know what they were talking about until I had stumbled across Joey Beltram – Energy Flash. At the time it was the oldest techno track I knew, and it was hard for me to believe that it was from 1990. It really opened my mind to those posts and comments I had been reading, and it opened a Pandora’s Box of early techno for me.

I quickly became drawn to an old-school acid sound, which manifested itself in the music I made, perhaps most recognizably in Aurora Centralis. After my Paleo series release, I started to get messages from people categorizing my music as trance. Now to me trance had somewhat of a negative connotation to it, with my definition of it at the time being cheesy trance from the 2000s. This led me into a new digging wormhole of early trance trying to spot the similarities.

It was at this time where harder rave techno was starting to make its comeback and I admittedly felt a little lost in the techno scene. My discovery of this treasure trove that is ’90s trance energized me when writing my album, The Gate of Life. I found that while early techno and acid are still very alive in today’s sounds, trance sounds from the ’90s seem to have thinned out in today’s music, and I wanted my album to help keep some of those sounds alive.

Here are some of my favourite trance and techno digs that were released in the year I was born, 1993.”

Going deep into the R&S catalogue you will find this 2×12” from Robert Leiner’s ‘The Source Experience’ alias. It’s a furious ~150bpm techno journey spanning 11 minutes. It sounds futuristic even today, but clearly old-school with its drum programming and song arrangement. I’ve been occasionally closing my sets with it as a little Easter-egg and I always get people asking for the ID. It’s vinyl only, but plenty of his discography is available on all formats. Check out his other alias ‘Source’ and his tracks under his own name Robert Leiner.

Plastikman is obviously a big influence for me when it comes to acid, especially being Canadian. This one features hypnotic gliding acid notes that I like to use a lot in my music as well.

Om is a project featuring Dennis Ferrer and Tetsu Inoue that put out really amazing ambient trance. This particular album is really nice to listen to front to back. Here Comes the Sun has a bit of everything: soothing pads, acid flairs, and an almost revitalizing feel to it.

An all-time classic. Laurent Garnier nails this techno trancer with perfectly sequenced drums, warm pads, and to me it’s the best 303 recording ever. When you dissect the track there really isn’t much to it, which speaks to how carefully designed and thoughtful Laurent was in composing each and every layer to this track.

A banging acid techno track from Speedy J, which still gets a lot playtime from many DJs today. A reliable dance floor weapon and fun track to party to, especially on the big stages.

A great track with an even better music video. Sven Väth swimming with dolphins. Need I say more?

Another beautiful ambient trance track. It has a simple yet enchanting arpeggio that plays throughout the entire song and a stuttering vocal that really ties the track together.

By legends of Detroit, this lush electro track is super groovy and has a very suiting title. It really does feel like you are being sucked into an aqua worm hole on this one.

Hard yet soft, this one features soothing and floaty arpeggios and pads which are starkly contrasted by heavily distorted drums. Can’t go wrong with Aphex.

From the Plus 8 archive, this one leads with a 5-minute ambient intro of a spacey arpeggio loop and a wailing synth. The suspense builds towards a snappy kick drum and bassline that makes the 5-minute intro worth the wait. It’s a fine piece of trance that would be risky to play out, which makes it even more special.