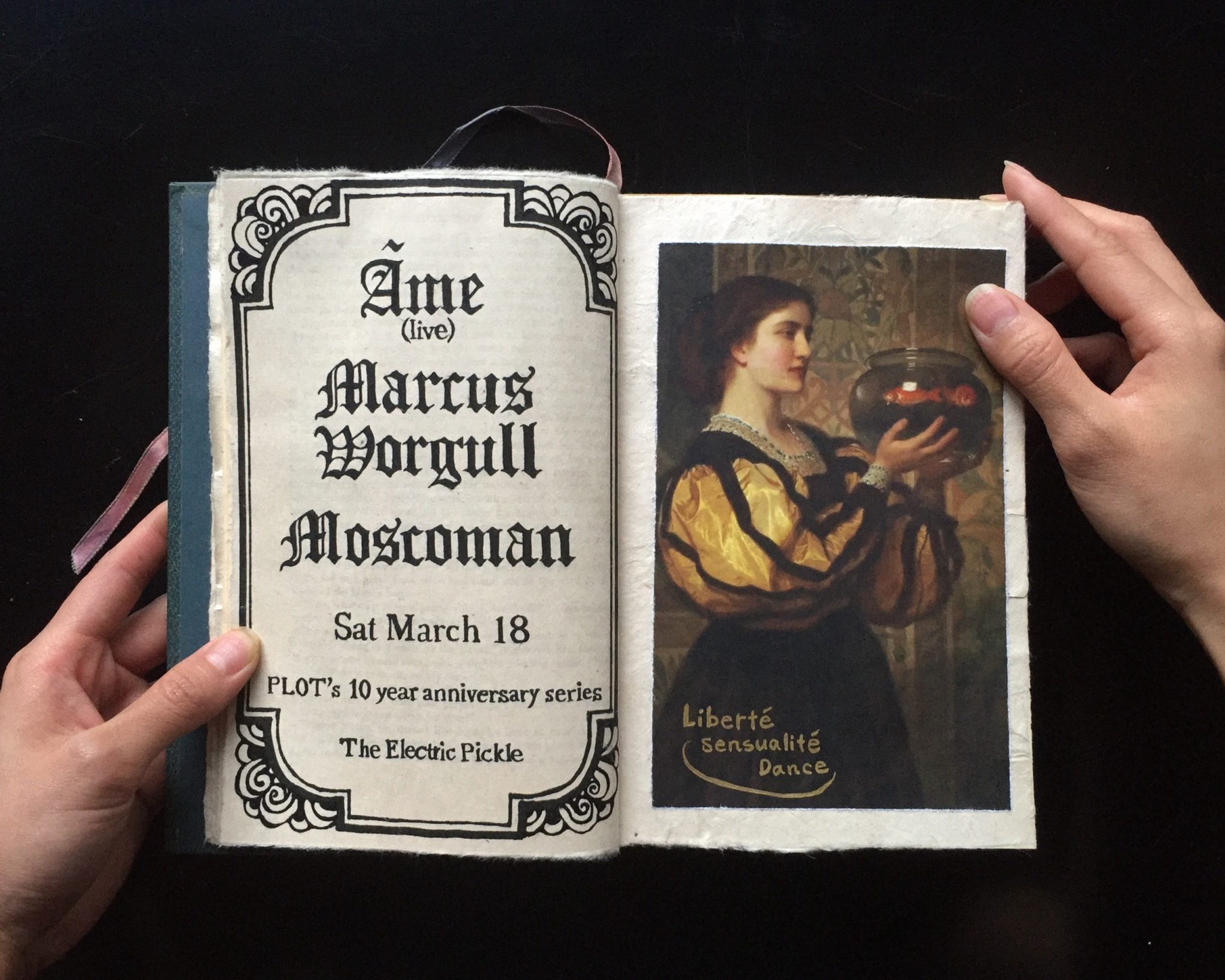 Ten years is an eternity when it comes to electronic music event brands. It is rare for clubs to stay open that long, so for an individual party brand to be able to stand the test of time and break the decade mark is a testament to the quality of their programming and overall party curation.

This Saturday, March 18th, PL0T Miami is celebrating their 10 year milestone with a special event at The Electrick Pickle in Downtown Miami. For the special occasion, the party curator has organized a lineup featuring none other than Innervisions extraordinaire Âme, label-mate Marcus Worgull and the Miami debut of Moscoman.

6AM spoke to Rebeca Lange, the founder and head of Unreal MGMT, the company behind the PL0T brand, ahead of the 12-hour soiree planned this weekend:

Tell us a little about yourself first, where were you born and where did you grow up?

I was born in Caracas, Venezuela and moved to Miami 19 years ago! Time flies, I have always been passionate and in love with Miami… it’s still one of the few cities in USA with such a growth opportunity both culturally and personally/professionally

How did you discover electronic music?

I have always been a very curious person, I research a lot… history, architecture, fashion and music! Music has always played an important part of my day to day, don’t really recall how the discovery happened but i know that one sound led to the other… have always been a big fan of Can, Board of Canada, Aphex Twin, David Mancuso, Francis Grasso, all of these great artists opened up my mind and curiosity to labels like from Warp Records and kept digging and found artists like Ricardo Villalobos, Sven Väth and kept on researching till I found album series like Global Underground, Night Tales and among them i first heard Sasha, Digweed and became hooked intermediately. I guess just like with everything their sound progressed and a new wave of American artists started to resurrect and it’s then when I started traveling to festivals, music capitals like Amsterdam, London, Berlin, New York and with friends we said… “Why do we need to travel to listen to who and what we like?” And that’s how it all started!

At which point did you decide to make electronic music a career? Did something prompt that decision?

Funny enough electronic music is not my carrier, I actually hold a pretty important corporate job which has given me structure, experience, managerial skills and most importantly thrive to continue to live electronic music as my passion.

I think that’s what has made us different, we don’t do this for a living, we don’t do it for the money… we do it for passion and for what it brings to see people letting it all go and being themselves in the safe environment you’ve created for a suspended period in time

What was the goal with PL0T when you founded it?

When we founded PL0T we had a pretty clear goal in mind: to throw the parties we wanted to go out to, to bring forward thinking artists who represented the sound of tomorrow and to not compromise to whatever opportunities or obstacles would come along the way. To make partying FUN again, about the people and make the night that one moment people are looking forward to go to and experience!

I would like to think that we have achieved so and that we continue to evolve our first promise!

What is the music ethos that PL0T follows in booking artists, both international and local?

Our ethos for artists bookings at PL0T it’s fairly simple but pretty strict: We have to LOVE the music of the artists we book. Whether it’s the local artist we want to push forward, or the new international up-and-comer that we want to debut and develop in the market or the artist who’s pretty established and whom we continue to grow in the market.

We’ve debuted a lot of the medium to big artists in today’s scene and with them we continue to grow show by show, by offering diverse nights to each to play, whether it’s venue wise, hours wise or overall experience. Each night is really catered to the artist’s profile and sound and from there we pick the venue, theme, decor, partners , lighting design etc., etc.

Some may say this ethos is pretty limiting, which is also the reason why we do yearly series that vary in quantity , rather than residencies on a weekly, bi-weekly or month basis.

You’ve had 10 years of memorable events. Do any in particularly stick out as being unforgettable and a touch above the rest?

It’s always such a tough question to answer, as we truly give it all night by night and so do the artists we bring and host, there’s not been one time we’ve walked away morning time and not said, “This was so worth it!” and start all over in love with it like day one. I have to say we have been blessed by having a really inspiring series of events these past 10 years. If I need to bring specific highlights, I would say our Art Basel Life and Death events, which we’ve done for 6 years in a row this year, are always what close the year with a BANG! Âme and Solar at the Olympia, our debut of Seth Troxler in 2008, our debut of the Wolf & Lamb experience with Nicolas Jaar in 2010 are among the many many memories!

You’re celebrating the milestone with with Âme, Marcus Worgull and Moscoman at the Pickle, which is obviously huge. Was the lineup choice dictated by anything in particular?

I’m personally a big fan of both Âme DJ (Kristian) and Ame live (Frank), both on a personal and professional level. The various projects they both conduct and the productions are out of this world and when they are performing it’s just simply breath taking and when I got the availability for Frank it was truly a no brainer, we had hosted him in 2015 and he skipped Miami in 2016… so it made it even more special to have him headline the night.

As of for Marcus we had been wanting to host him for the longest, he’s the one half of one of my favorite musical projects and is a genius producer, responsible of some of the best tracks out there so it was magic when I knew that both could happen together! And lastly there’s Moscoman, who for me is pioneering the sounds in the scene alongside artists like Red Axes, and are giving it a twist that is much needed. He’s releasing fire and his 360-degree well-rounded persona makes him a great musician and professional. We’ll be hearing a lot about him in the future!

You’ve held events at a lot of great clubs, venues and locations in Miami. Why the Pickle for your 10 year anniversary?

We chose the Pickle as the venue because, well we only thought it was fair to celebrate these 10 years in places that have seen us grown and have represented a big important place not only in the scene but in our story! And the Pickle as “boutique” as it can be seen, is really a blank canvas when used with creativity and becomes a huge building with so much potential and possibilities! We held five years straight of parties in this venue when it first opened 8 years ago and each of those nights still resonate strongly in our hearts and ears.

We also wanted this night to be about the people and feel as personal as it possibly could. To be on the range of 500 patrons and make sure we are able to personally touch each and everyone of them. We are in the era of mega clubs and mega produced experiences, like supersize me America and it’s important to have the balance and not be afraid of taking things to the next level on spaces you’re familiar with, which at times represent a bigger challenge in terms of surprising people and making it feel different!

If you could give 2007 Rebeca advice based on the journey you’ve had so far, what would it be?

If i could talk to my ’07 self , I would tell her… “In the future, more likely you’ll be one of the few, if not the only woman in the market promoting and throwing electronic music events at least for a while… it won’t be easy, many won’t understand why you do it or how you do it, many will love it, many won’t accept it, but stick to what your heart tells you, to what you believe in, listen to others, work on creating synergy within your scene and collaborate with like-minded people, because the idea is for a stronger, respected and well rounded scene, not just about one promoter or two, but rather a city full of potential and it starts with you”

Where do you see yourself and PL0T 10 years from now? Any other goals you would like to achieve?

Continuing to push boundaries, introducing Miami to many other labels, festival brands and artists we respect and want to collaborate and work with. Continuing to be inspirational and helping grow the new generations of promoters who are also responsible for the future of our scene.
We will continue to invest heavily in Art Basel and reinforce that as our staple and closure piece of the years to come!

Tickets for PL0T’s 10 Year Anniversary Party at The Electric Pickle featuring Âme, Marcus Worgull and Moscoman are available on RA.