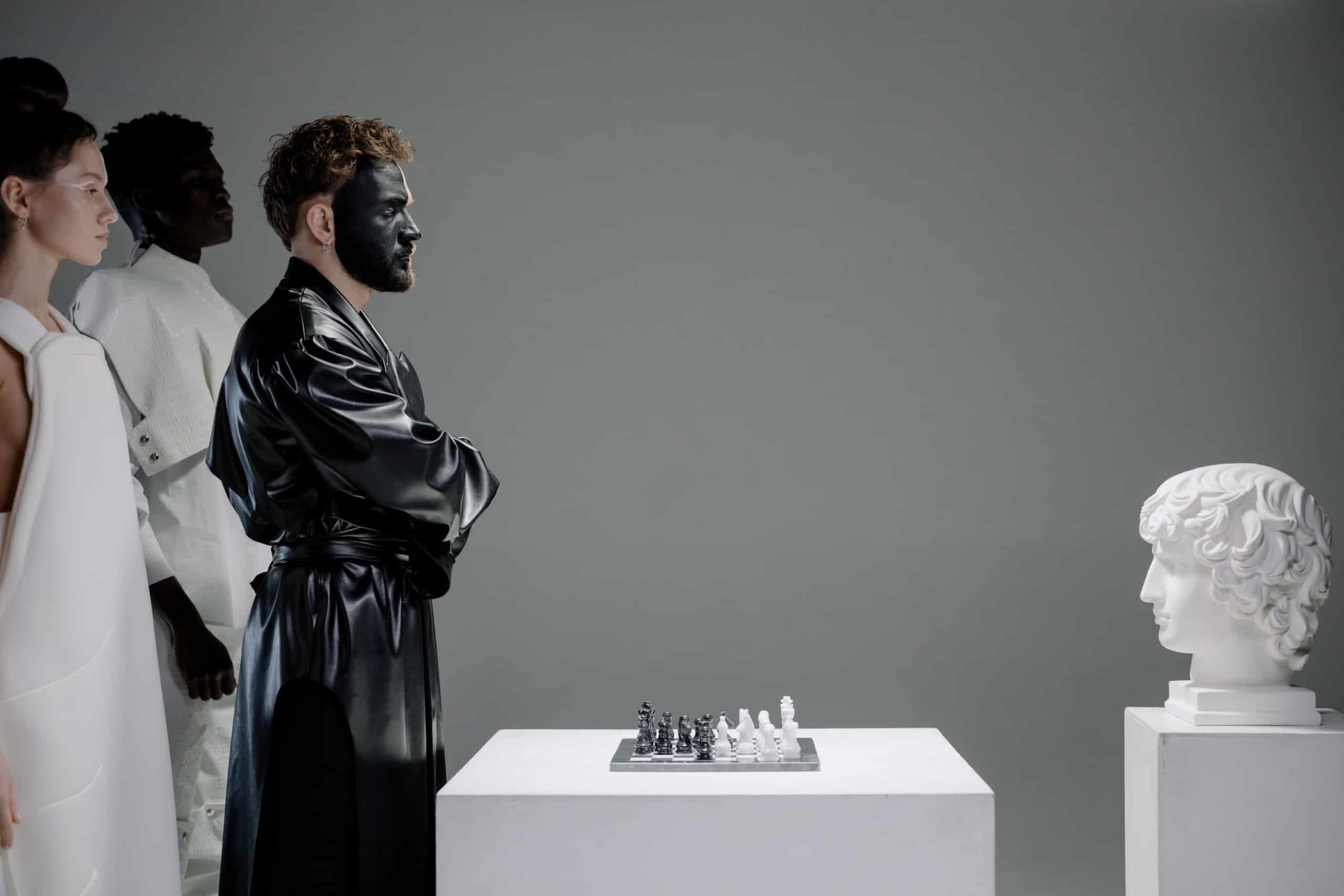 Imagine this: It’s 2018, and you’re a diehard techno fan. Techno has been reigning supreme on the Beatport sales for the last two years, but you just heard the news… tech-house artist Fisher, has just been nominated for a Grammy. You think, “Huh… Didn’t see that coming… Whatever… techno is life and it’s still #1.” Little did you know it was an omen of things to come.

Regardless of whether you’re a fan of the tech house genre or artists, its hard to argue its rise in popularity over the last few years especially considering that tech-house artists are getting grammy nominations. Although perhaps not the most perfect measuring stick, sales on Beatport has shown that tech house is the most popular genre on the site since “the year-that-shall-not-be-named“; dethroning techno for the last 2 years.

Admittedly Beatport sales alone is not the most accurate way to measure popularity. The sales on one platform isn’t the definitive evidence, especially when there’s also the possibility that people are not purchasing their tracks; However it really is one of the few metrics widely available. It’s also a little difficult to get an accurate measurement since Beatport itself has broken “techno” down to multiple different genres throughout the years.

Also we’re talking “popularity” here, not necessarily “quality”, so the best way to measure this is through sales which probably correlates to playtime throughout the world. That being said, according to this Beatport sales graph, which covers 16 years of sales, tech-house and techno have been having a rivalry of sorts since the company’s inception: 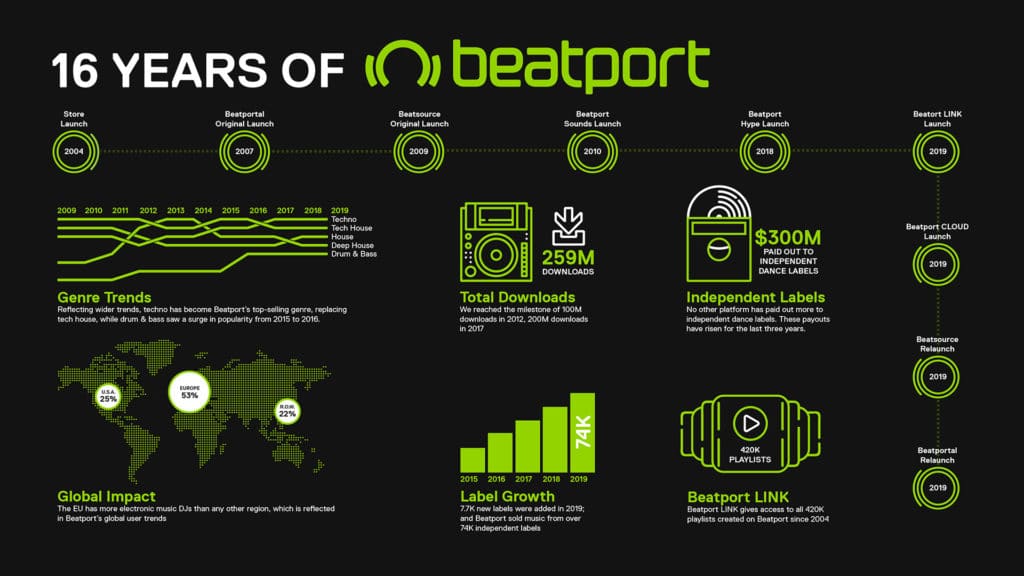 As you can see up until 2012 tech house and techno have had a cycle of switching off top spots pretty much every other year. However, you can see that techno had a good stretch from 2017 up until 2020. Then tech house all of a sudden surged in 2020 making 39% sales of all tracks that year. Not only that, “techno (peaktime/driving)” fell to 4th place that year as well.

The fact that tech house has had a longer consistent reign than previous years, and that techno popularity has “fallen” so dramatically- points to a possibility that maybe this isn’t a typical “cycle” like we have seen in the past. Perhaps the mainstream public, as in the same people who nominate tech house tracks for Grammy’s, is more involved in music taste within the dance community.

There’s no definitive reasoning behind the current reign of tech house over techno within the dance world. It’s really all an educated (?) guess. However, one could reasonably argue that tech house has a much more broader appeal.

For the mainstream public who are new to dance music, perhaps the high bpm levels of techno can be a little intimidating. Even the techno tracks that are much slower may also not have wide mainstream appeal as there’s typical not much of a “hook” or “catchy melody“. Also the consistent drive, aggressiveness and tension and release of techno may not be for the casual listener or even casual club goer.

However, in the case of tech house, where a slower groove is involved, a casual listener may find the music more palatable. The slower speed of tech house and less emphasis on drive makes it an easier listen for pretty much everyday setting, not just dancing at a club/warehouse party.

Tech house tracks also tend to have more catchy hooks or bass line grooves. For example, going back to the Grammy nominated Fisher, his track “Losing It” has a fairly easy to remember massive bass synth line along with the easy to remember “LOSING IT” vocal sample. In this case it’s easy for anyone to remember the name of the song, hardcore fan or not.

Blame It On The Lockdown?

As we all know 2020 put a screeching halt to the nightlife and djs had to find other ways to perform. The streaming dj sets became all the rage and everyone and their mom started their own livestream. Now there really is no evidence of correlation or reasoning behind why tech house purchases became so popular so the following really is just a shot in the dark “conspiracy” theory… 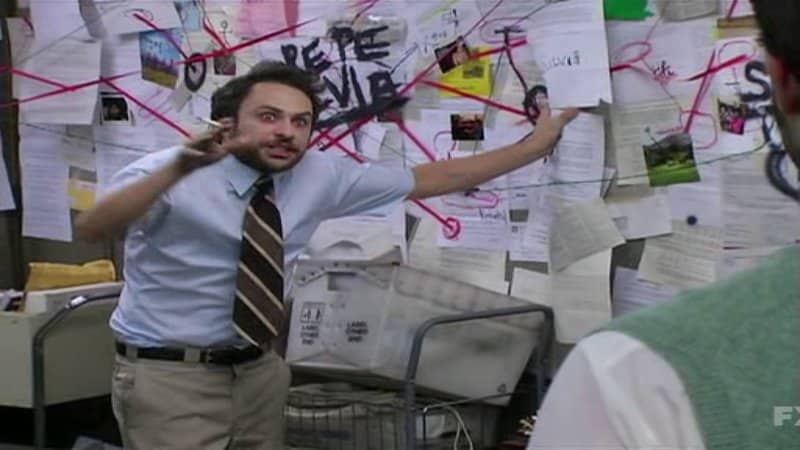 But if you have ever djed before to an empty room, you’re more likely than not going to stray away from the hard hitting driving tracks (a.k.a. techno tracks). Even if the dj is playing their own livestream and they give themself the freedom to play whatever they want, an empty room is going to influence them to some extent and slower groovy tunes would see more appropriate. Thus, this whole paradigm shift probably influenced djs to purchase more tech house tracks versus techno tracks for their livestreams.

Multiply that by the by the endless numbers of livestreams people had, and you got yourself a huge demand for tech house. Once parties started to come back, this could have had a snowball affect as people may have gotten used to the tech house sound or discovered more artists within that genre- and took a liking to it.

Once again there’s no proof of this at all, but one could see this as being a possibility of why tech house’ has been reigning as the top genre while techno has fallen.

And if that theory doesn’t sit right with you but you still have no idea why this phenomena is happening, well you can always go back to the good ole’: 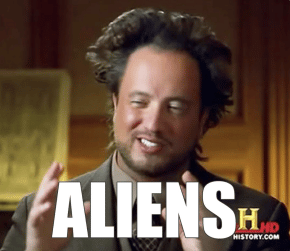 Not The Downfall of Techno

Now once again this is not about “the downfall” of techno or anything like that. No one is saying that techno quality has gone down either. This is simply pointing to the fact that for some reason techno track sales are down and tech house is getting some mainstream wide recognition that is a little longer than typically expected.

From a diehard fan perspective this really doesn’t mean much except for the fact that you can probably expect more of a presence of tech-house artists at events rather than techno artists. This may also change the mainstream landscape of casual fans as they’re probably going to be more exposed to tech-house than techno, in fact they already are (e.g. Fisher being nominated for a Grammy).

It may even be fair to say some techno fans would prefer it to be this way. Their beloved music isn’t the “popular fad” and those who remain buying the tracks and going to events are more likely than not, the true techno lovers.

All of music and music choices amongst the masses go through evolutions and cycles. As long as there’s music for you that you enjoy that’s all that really matters.