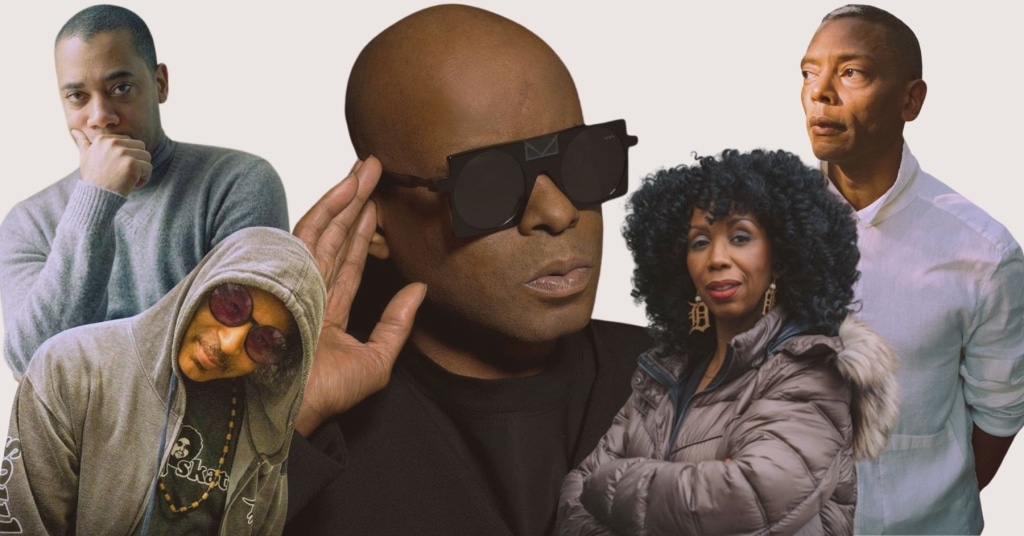 February is Black History Month, and it’s a special time to celebrate essential black voices whose impact is felt on and off the dance floor. Today and every day, pay due respect to the black pioneers of techno who have paved the way for future generations. This list is by no means exclusive, as it’s important to also acknowledge the black innovators and community who have promoted, supported, and given voice to the artists listed below. With that in mind, here are seven black trailblazers in techno that you need to know about.

During the early 1980s, Juan Atkins, Kevin Saunderson, and Derrick May were experimenting with sound in Belleville, a western suburb of metro Detroit. Their music was way ahead of the curve. It was dystopian, stripped back, industrial, playful and other-wordly all at once. These were and are the true origins of today’s techno.

Read Next: Celebrate Black History Month with These Iconic DJ’s

At this point in time, Jeff Mills was a heavy-hitting DJ in Detroit. Mills introduced the city to techno through his radio show, showcasing new tracks by the “Belleville Three” and others.

Mills also pioneered the frenetic mixing style that is used by many techno DJs today. On his radio show, Mills had to jockey quickly through tracks. It was a competitive environment, so this type of style gave Mills an edge. He was always shifting the atmosphere so that any given moment could give way to new and exciting sounds. A celebrated producer in his own right, Jeff Mills is now one of the most sought-after names in the industry.

Read Next: Eddie Fowlkes on Detroit’s Techno Roots and Combating Racism In Techno

Listen: Jeff Mills “Gateway of Zen (The Other Day)”

Robert Hood is often regarded as the innovator of minimal techno. His artistry is imbued with spirituality and experimentation. Hood has never been about 15 minutes of fame, he’s stayed true to his message and his mission. In 1989 Hood, Mills, and “Mad” Mike Banks founded Underground Resistance (“UR”). UR was formed in response to the dystopia youth in Detroit and elsewhere were experiencing. Today UR continues to address the socioeconomic and racial injustices that permeate America’s cities and beyond.

Read Next: Op Ed: Sonic Resistance, The Power of Music in Protest

DJ Minx has been a humble contributor to Detroit’s electronic dance community for decades. In particular, she’s made waves in what was historically and in many ways remains a male-dominated scene.

In the summer of 1989 Minx fell in love with techno. She was 21 years old. Since then, DJ Minx has played at every edition of Detroit’s Movement Festival and performed around the globe. Minx also heads her own label, Women on Wax, in addition to releasing her own banging tracks.

Listen: DJ Minx “A Walk In The Park”

Carl Craig is considered amongst the greats during what is known as the “second wave” of Detroit techno. Craig’s futuristic sound was influenced by jazz, soul, and disco. He’s more than your classic DJ. Besides running his own label, Planet E, Craig has led concert orchestras, composed Grammy-nominated remixes, and continually advocates for the underprivileged.

Moodymann is an elusive, enchanting, and self-made figure. While his signature brand of house and techno funk helped popularize Detroit sound throughout Europe, Moodymann has always stayed away from public view. The artist’s personality shines through his music, his enigmatic on-stage persona, and his fashion.

Listen: Moodymann “Why Do U Feel”

The First Lady of Detroit, real name Kelli Hand and known the world over as K-Hand passed away last year. In the early 90s, she used her label Acacia Records as a vital outlet for Detroit’s “second wave” of artists. K-Hand would go on to DJ around the world and produce music that influenced countless music fans and peers. She was a master of rhythm and percussion, and her skill for blurring the lines between house and techno, incorporating soul, acid, and harder sounds in her productions and DJ sets was unmatched.