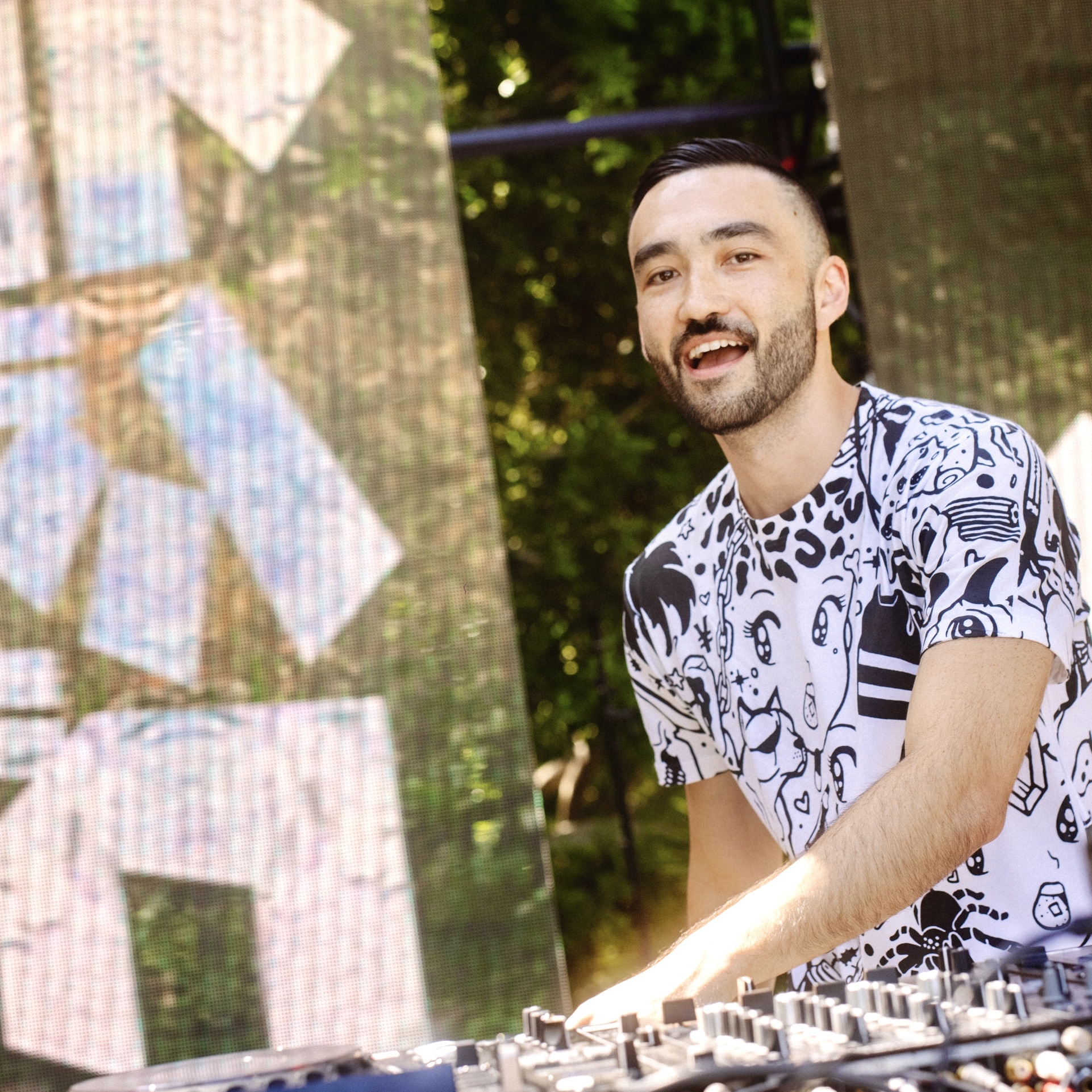 “I thought that success and achieving my dreams in my career in music was going to magically solve all of those things and it just didn’t,” says Chad Kenney, creative director of the Los Angeles-based music collective Brownies & Lemonade (B&L). Named as one of 2019 Billboard Dance’s Power Players it might come as a surprise that as an adolescent Kenney battled with depression and other underlying, unaddressed issues. His mental health struggles coupled with the party life and easy access to alcohol quickly put him in a less than desirable position. Anyone working in nightlife knows how rife with temptations it is. Now three years sober, he’s been able to rewrite his narrative and establish a different relationship with alcohol. Kenney shares his story behind his decision to quit drinking and addresses the music industry’s complicated relationship with partying and alcohol.

6AM In Interview: The Road to Sobriety, Chad Kenney Shares His Experience

6AM · 6AM In Interview: Brownie & Lemonade’s Chad Kenney Breaks the Drinking Cycle

“I’m not trying to make sobriety my only messaging. I just want to make sure when I do talk about it that it lands. In that way I think your platform is powerful. ”

“It’s a cycle that’s really hard to break,” Knowing When to Quit

While he’s not here to tell people how to live their lives or demonize drinking he does want to encourage people, especially those in nightlife, to have more open dialogue around alcohol consumption and sobriety. “Our view on [alcoholism and sobriety] as a society is so narrow, singular and one dimensional,” he points out. “We think that alcoholism is one thing and sobriety is another just in the same way we think left-wing, right-wing; wrong and right.” Living in a world where everything is so polarized creates a limited view on (co)existence of cultures from people and things to values and morals.

“They don’t show a timeline of all the photos of you from 22 to 25 and what drinking and smoking does to your body. We don’t really talk about that.”

Let’s get real and talk about alochol’s effects on the body.

“The problem is that I lived in polarity,” admits Kenney. “My default nature is that I’m a manic person. I love being on stage at EDC and just raging then you’re in bed for three days recovering. That’s not moderation. That’s not a grey area, that’s not balance—that’s literally polarity.” He goes on to explain how touring and partying provided him with an exciting persona to showcase via social media. He also recognizes how he was influenced by those paving the path for the dance scene in 2007. “The French guys and the New York people were getting hammered. They were blacking out and ripping cigarettes,” he says. “We don’t realize how easily the clay of our minds is molded by the things that we’re influenced by.” 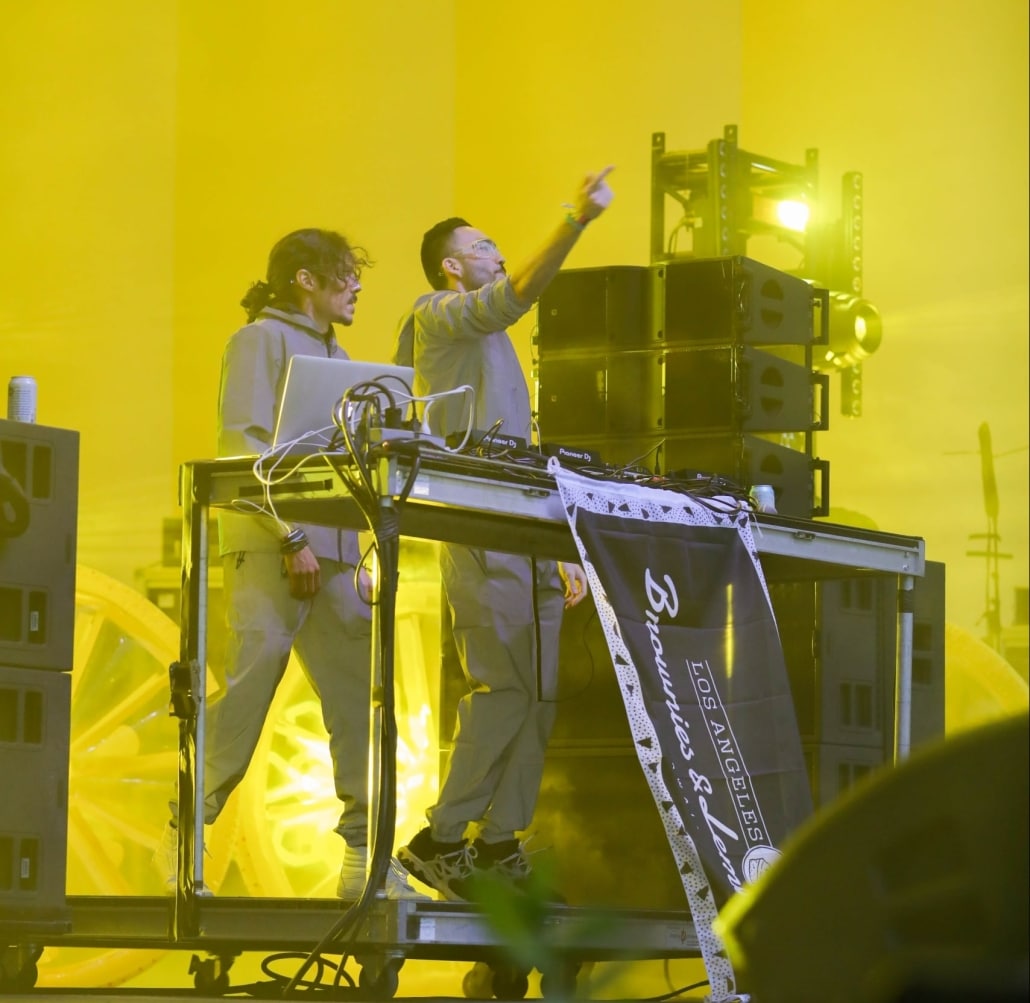 Social media acts as a magnifying glass influencing social norms. It shapes and transmits popular culture, but Kenney points out that “the means in which we are communicating are absolutely flawed and so backward. The hottest takes are the ones that rise to the top, and they’re the ones that get the engagement and the conversation. Having a subtle nuance take like in the way I have conversations with my friends is not something people want to see on Twitter. It’s not going to get likes.”

“We’re literally getting paid in alcohol before we get paid in money when you’re a promoter. So you think well I better make the most of it while I’m out and get hammered.”

Breaking the vicious cycle of alcohol and partying can be hard when that’s all you got.

It’s not that he wants people to stop drinking but he does think it’s time for the industry to start getting real with an open, healthy discussion of its implications. “They don’t show a timeline of all the photos of you from 22 to 25 and what drinking and smoking does to your body. We don’t really talk about that. No one wants to talk about that, and no one ever really talks about what it’s like to be alone when you come home from the show and you’re depressed and alone and you drink more.”

In 2018, Kenney decided to take the first step to make big shifts in his lifestyle. However, with change comes uncertainty and his situation was no different. Being a leading figure in Los Angeles’ dance music scene with stage takeovers at top music festivals including Lollapalooza and Ultra Miami, it’s clear the sweet party life followed him wherever he went. What would become of him when he traded his libation of choice for a non-alcoholic drink and was the sober one at the function?

Naturally, he questioned where his newfound lifestyle would leave him in the mix. Would he still be “cool”? How would the online (and real) world perceive him without the excessive partying and booze?

“Cool isn’t necessarily honest, but authenticity is. You drinking out of the bottle and that whole thing; well they also don’t show when you’re hung over and look like crap.”

Partying is fun…until it’s not.

To his surprise, people responded quite differently than he expected. “I’ve gotten the most engagement I’ve ever gotten doing anything else talking about these topics. Now, in the right [setting]. It’s the way in which you present it; not in a self-serving way,” he explains. “People gravitate toward things that are authentic and real more than being cool. Cool isn’t necessarily honest, but authenticity is. You drinking out of the bottle and that whole thing well they also don’t show when you’re hungover and look like crap.”

“I don’t want to get fired from my own company. The stakes are too high”

He changed habits in his late 20s when he admits he started to realize his own mortality and the effects alcohol was having on his body. Beyond becoming aware of the health and physical implications, another lightbulb also clicked for him. “It was time for me to grow up,” he shares. “Not to say that drinking and this kind of stuff are frivolous and juvenile, but did I want to make an actual career out of this music stuff or did I just want to have this lifestyle?” He had a shift in mindset from playing to business. “No one will tell you directly, but if people view you as an amateur, it’s very hard for them to change their perception of you. The way I was operating in a lot of ways was very amateur. There’s no education that you get. You kind of have to mess up and fail, and sometimes when you do it’s too late. That’s why it’s so dangerous and such a slippery slope.” The access to alcohol makes it all the easier for high levels of alcohol consumption to occur.  Looking at bartenders alone, a study shows 71 percent of them drink while working and 6 percent reported using other drugs at work. Working in the nightlife industry is one of the few jobs where drinking and substance use is seen as part of the culture. 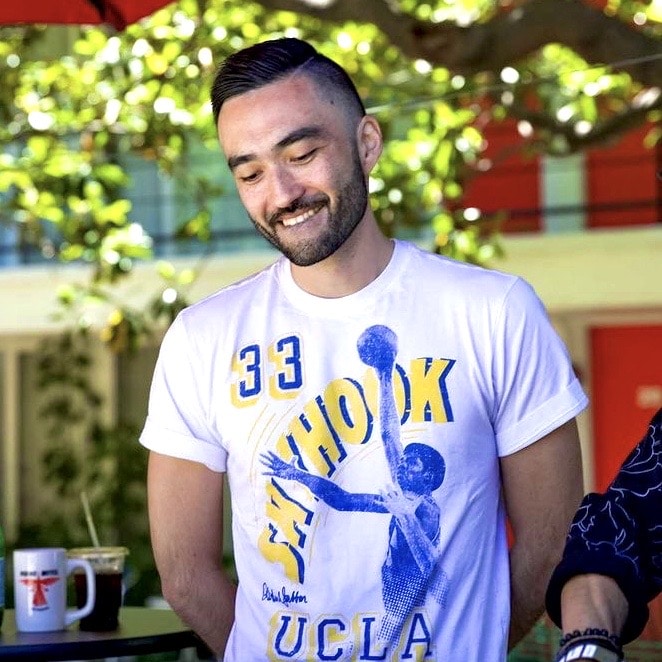 Connecting to something greater than yourself can be a perfect catalyst for change. Seeking a deeper sense of meaning or purpose usually leads to a new approach. For Kenney, this meant going back to his family roots. His grandmother was a bodhisattva, a person who is recognized as an enlightened being on the path toward Buddhahood. He converted to Buddhism and had his confirmation ceremony a couple of weeks before his one year anniversary of being sober. He anchored down through his beliefs and created a value system that have ultimately helped drive his sobriety.

“I don’t want to let down my teammates when I’m drunk. As the representative of Brownies & Lemonade I’m indirectly and directly a representation of them and their character.”

Accountability has a different taste to it when you’re drunk. For Kenney, partying sober is the way to go.

With Brownies & Lemonade coming up on 10 years, humility has been at the center of not only how he operates but the broader team as well. It’s grounded them and helped with their success. Operating by the mantra of “one-party away from continuing the success or completely becoming abandoned,” Kenney knows in this industry you have to take the good with the bad. Life has its peaks and valleys. There will be moments you’re riding a high and then crashing down. His 20s gave him lessons that now in his 30s he’s learning how to better handle life’s waves. “Success isn’t dictated by the money, the fame, followers, accolades or any of these other indicators,” he says. “For me, success is a mindset.” That outlook has helped him strike a balance between the “what’s next” mentality. Ambition can be useful but also detrimental. It can rob you from the now leaving you never satisfied. It’s a balance of living in the moment while not getting caught up in it.

“There’s always someone out there hungrier who’s working harder than you right now to take your place.”

Comfort is the enemy of progress.

“I wish there was more I could do and say but so much is informed by action and leading by example,” says Kenney. “To anyone listening to this, who finds themself in a similar position, and you don’t drink for three weeks because that’s what you want to do just look at the ripple effect it might have on people around you.” At the end of the day, alcohol will almost always be present in party culture. It’s not about clearing the shelves and emptying cups, but knowing partying sober doesn’t have to be a taboo subject. Even if you’re not an addict, living a sober lifestyle doesn’t make you any less interesting or “cool” but, hey, it will guarantee no more hangovers or blackouts.