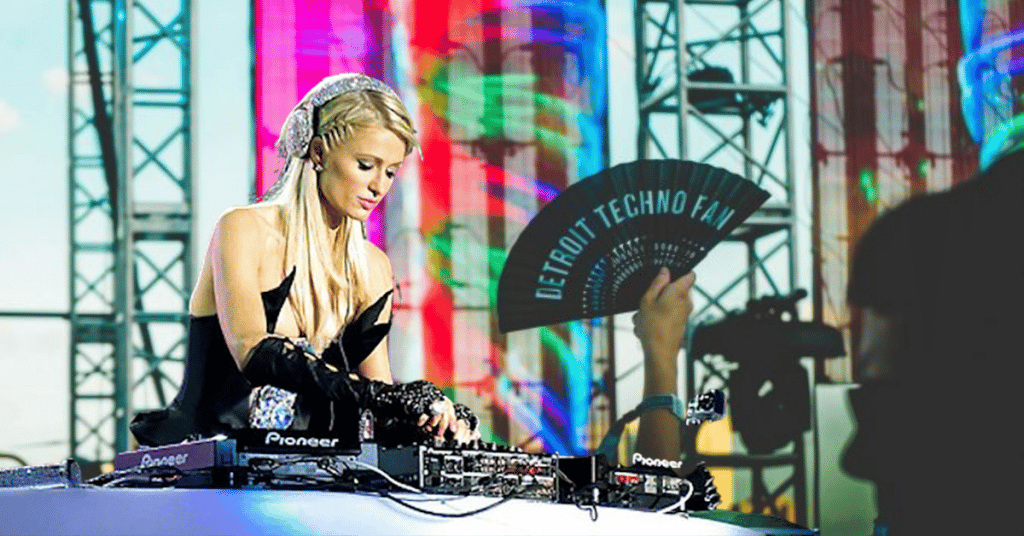 Paris Hilton has been booked to play the official Movement Festival afterparty in Detroit, Michigan. The famous (or infamous) socialite will be doing a special back to back set with early 2010’s brostep icon Skrillex, who is also headlining the festival prior to the after party.

The Hilton and Skrillex were connected back in 2018 through mutual friend and fellow fanboy favorite Justin Beiber. After a 5 day and night bender in Tulum, the 3 bonded over their love for Latin pop and decided to collaborate together. The trio has been making music ever since.

When together, the duo goes by the moniker ‘Skrillton.’ The sound of Skrillton is the sound of a Tulum resort party, as you can expect since that’s where the project was conceived. With a huge focus on moombahton and latin-pop house remixes, tracks of reggaeton, tech house, dubstep, and even hardstyle can be found in the mix. Original songs produced by Skrillton featuring Justin Beiber make their way in the rotation naturally as well. Fellow DJ and social media meme Diplo has also made several appearances in their sets in the past.

“We just make bangers. We’re too famous not to be good.”

Hilton when asked about her collaboration with Skrillex.

Skrillton stands out like a sore thumb as it finds itself on a lineup with artists that play music completely different from them. Accompanied by the likes of Nina Kraviz, Nicole Moudaber, Jeff Mills, Sara Landry, DVS1 and Oscar Mulero, Skrillton is the only act on the list not playing some form of techno, instead choosing to play music that’s latin inspired and that also sometimes features Justin Beiber.

“We just like to switch things up,” said Hilton when asked about the stark contrast in music they will be playing in comparison to the other acts. “We don’t want Detroit to feel so dark and spooky all the time, we want to bring vibes straight from the shores of Tulum!”

It’s rumored that the only reason Skrillton was booked for the party was because Hilton’s father owns the property the event is taking place on, and threatened to not allow it to take place unless his daughter was added to the lineup. Naturally, the event company complied and gave Skrillton a primetime slot, as well as an extended 3 hour set. Hilton declined to comment on this matter.

You can get tickets to the legendary after party here.