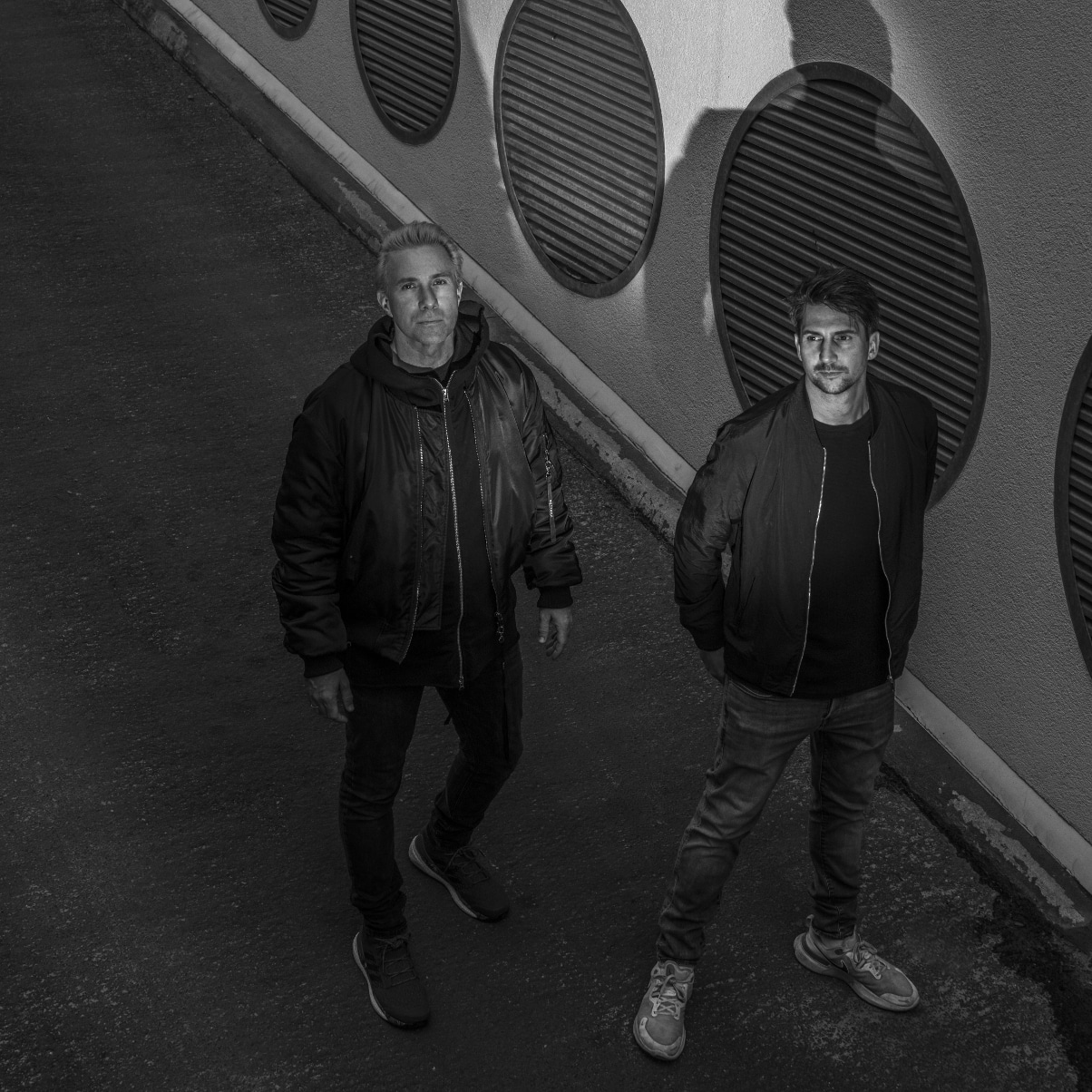 Being the first to do anything can give you an upper hand awarding you with great attention and privilege. You pave the road for others to follow but also think about all the heavy-lifting creating a path requires. “You always need one deeper breath than the other ones,” says Thomas Benedix. He’s one-half of the Berlin-based techno duo Pan-Pot. Sure, right now the electronic music market is (over)saturated with DJs and music producers, but when Pan-Pot was starting out it was a whole other ballgame with its own set of challenges. Being the first isn’t easy; however, Pan-Pot has had an undying dedication and unwavering drive to music. From the moment they met each other in their early 20s, they knew their passion for music would mean doing whatever it takes to succeed. Now, almost 20 years later, the duo, who consider themselves brothers, have established themselves as a force in techno. 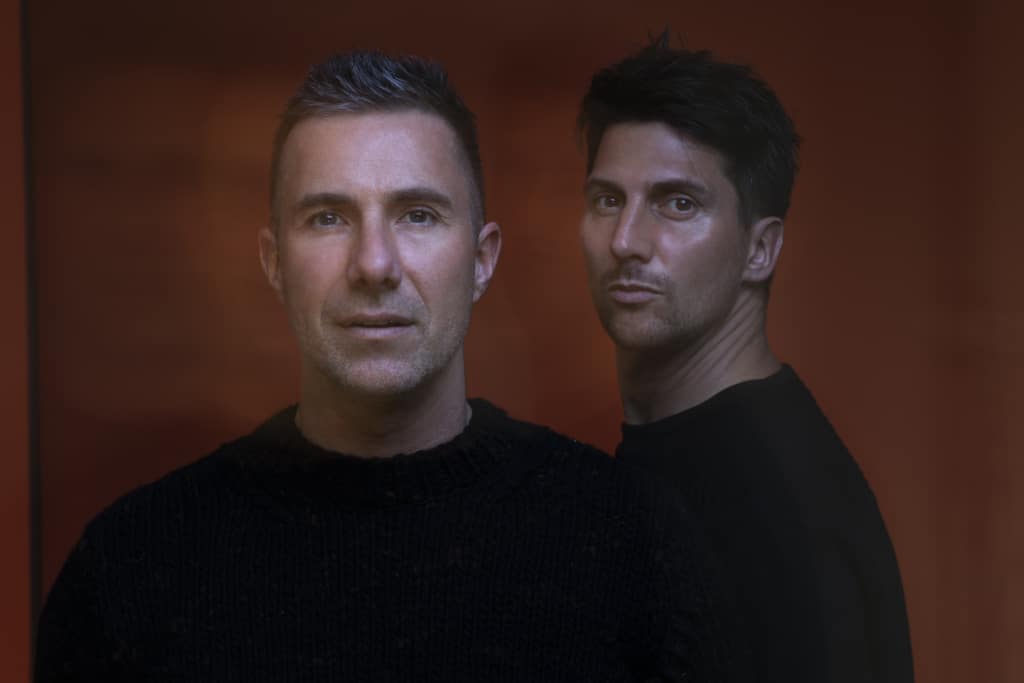 While these two DJs and producers have been around for more than two decades, they aren’t getting comfortable. A DJ’s work is never done. They keep an ear to the ground to stay current with new releases and the latest technological developments to deliver the best to their fans. You don’t just stop working once you’ve reached the top, and their 9 Essentials series is a testament to Pan-Pot’s dedication to serving up the freshest tunes of the moment. The series is a mood-driven musical selection capturing the duo’s broad taste in electronic music.

“These nine tracks, most of the time, are tracks we would not always play at a regular party club festival DJ set but something we really like to listen.”

Pan-Pot mix it up and play music people might not expect to hear but will love once they do.

The featured music on their 9 Essentials mixes is either released in the first one or second week of the month. They keep a special pulse on any tracks released on the 9th of the month, and, of course, the tracklist always caps off at nine tracks. The pair thought about a unique way to stand out from the rest of the charts. A “Top 10” round-up is an overcrowded space. “Top 11,” well, that’s taken by soccer, so the next number that sat will with them? Nine. Knowing why you’re doing things is as important as the “doing.” As long as you have a strategy to keep building upon a project or career, then you already have a leg up to overcoming challenges. Understanding an environment and its trends is crucial in order to stand out especially in a time where there’s so much music and (friendly) competition). Pan-Pot is a household name, but they don’t rely on their name alone to keep them top of mind.

6AM In Interview: Pan-Pot & Their Undying Dedication & Unwavering Drive to Music

6AM · 6AM In Interview: Pan-Pot & Their Undying Dedication & Unwavering Drive to Music

Pan-Pot didn’t start as DJs or producers for money or for clout. No, these two simply did it for the love of the underground. “We started in 2004 [with] these big names like Ricardo Villalobos and Richie Hawtin, and we saw them playing in small clubs and warehouses. We loved the music and recognized this for ourselves as a passion [and wanted] to do this because we really love it,” says Tassilo Ippenberger, the other half of Pan-Pot. “We kind of created a certain interest in us as a DJ duo but also with our productions.” They asked themselves two very important questions: “do we want that?” They clearly said “yes!” The second? “did we want to do everything for it?” Their response? “Yes, we did want to do everything for it.” They even admit at times they didn’t have enough money in the beginning, “it really took an effort and some years to reach where we wanted to reach.”

“The most important decision you have to take as an artist is: ‘Do you really think you have everything you have to be an artist?’ and if so, ‘are you willing to take everything to make it a career?’ These are very important questions, and these questions should be answered with a definite ‘yes!’”

Are you willing to do whatever it takes? That’s an easy question to answer for Pan-Pot. Their dedication goes back to day one.

“We had this motivation because we really do this as a passion [and still do]. We studied all the engineering…did everything to play the first parties, [and held] our own parties to be able to play music. We connected to the right people to get on the right platform,” says Tassilo.”We totally understood this kind of networking procedure you have to do to be successful which is also the case these days but these days it’s more about the marketing. We did everything to play on the lineups we wanted to be on.” When speaking about lineups the duo mention Awakenings as one of their first “big fish.”

Success doesn’t happen in a vacuum. Pan-Pot and their dedication has helped them achieve noteworthy milestones.

Pan-Pot Mean Dedication Through & Through & Comment the Underground’s Evolution

“When we started the project and when we started being really successful there was a [long] time to get us to this point. It was way more underground and not management-driven, not business-driven,” says Tassilo. “These days it’s quite clear from the beginning if…you can make it or not. There are these kinds of parameters that stand for ‘passing or failing.’ There are so many more things that are important these days than just the music and the way you play. It’s so much more driven by social media and the way you market yourself to the outside world…that wasn’t the case when we started.” 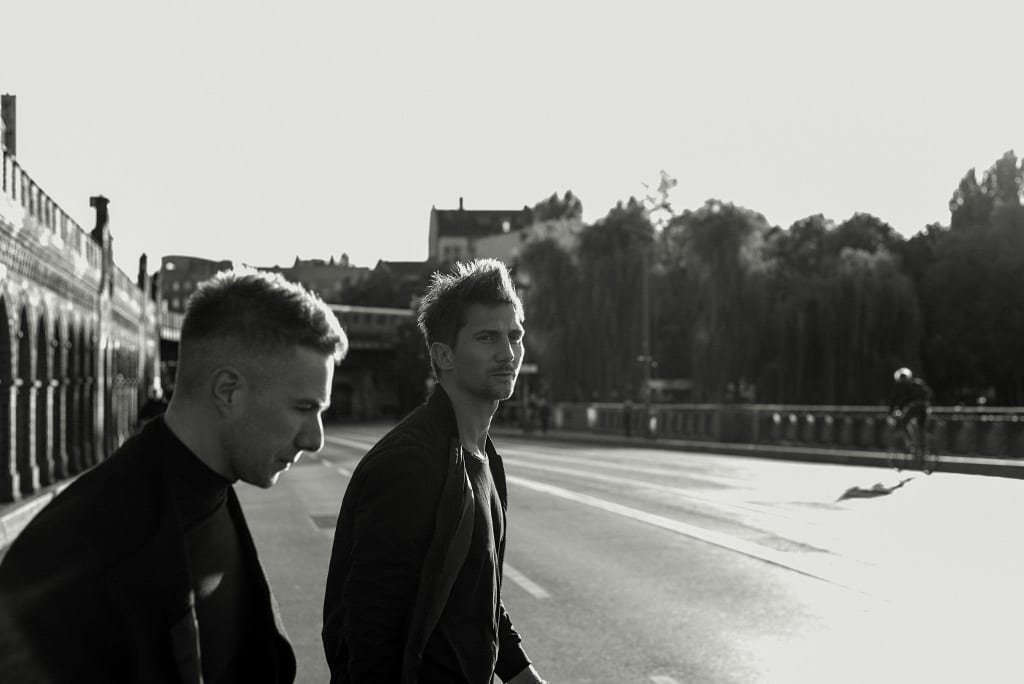 It was thanks to their goal-driven mindset and relentless attitude they’ve been able to accomplish what they put their minds to. They weren’t lukewarm about the “doing.” It wasn’t a matter of whether they should or shouldn’t but more so about how they would go about reaching their goals. It hasn’t been a walk in the park and recognize there are many paths to a destination when describing their journey. “If we would have done things differently like some of our colleagues who’ve been in the scene [as long as us] we would be more successful. We would have more followers, earn more money, and would be more defined as an electronic techno act,” says Tassilo. However, it’s because they’ve done things differently and on their own terms that they’ve been afforded with creative freedom and other liberties other artists might have had to trade-off. “We did music as we liked and music that wouldn’t fit 100%. [We’ve done things] that are a little [looser compared] to other artists.”

“Hype is always just hype because there is a mass of people liking this ‘thing’ at the moment. Let’s see what’s going to happen next. […] how the taste of music in a bigger audience [changes] and then we’re going to see what’s going to happen to techno. Techno itself as a genre and music style will always be there. It’s the kind of genre that’s constantly developing and evolving. You can see this in between the last five to six years. Techno became super hard again very acid-driven. Stuff that has always been there but in a new costume.”

Trends come and go but style is forever. Pan-Pot keep up the dedication to embracing techno’s shifts.

The marketing of the “underground” has been an aspect they’ve seen drastically change since they first started. Before it wasn’t the business as it is now, and with more money on the table means more people are hungry to dip into the pot. More money more problems. The greater attention has blurred the lines between what can be considered mainstream and non also affecting its transactions on a business and consumer level. “I see techno quite commercial at the moment because we’re talking about a lot of money involved. If I see an artist profile that is basically successful by the way of how marketing is and not by the way music is generated and produced…then I’m doubting we’re talking about underground and that’s happening. It’s something I’m still asking myself where we’re going to end up with that,” says Tassilo.

“Our social media isn’t the coolest and not the most designed stuff. It’s not super personal because we like to be the people we are and private; not 100% reachable….it’s the kind of freedom we give to ourselves. It [helps] us be very [unique] but also maybe less successful.”

For Pan-Pot, creating boundaries is essential for success.

They’ve started a project called Let’s play with DJs. Thomas used to be an avid gamer, so this a way to stay connected during the lockdown and build a bridge between the worlds of gaming and music. You can catch their weekly stream every Wednesday on Twitch.  They’ve invited renowned DJs to play with them and have a chat about music, gaming, and everything in between. While this was a way for them to connect with their colleagues they’d typically see on the road, it also opened the door for them to get to know newer talent.

On one occasion, the duo noticed a young producer who had been submitting demos was being an active participant in their weekly streams. “We started interacting on a personal level and calling on Skype to get to know each other—which is really important for us as a label too–we don’t just release music we also like to work together with our artists,” says Tassilo. “As a younger artist, if there’s somebody who plays your music—like a renowned artist—try to connect with these people and build a relationship.” Relationships are key for success and having the guidance and support of a mentor is what helps continued growth happen.

“I would like to encourage every person: whatever gender, color, sex…whatever it is…take the courage and be sure there are always people who are up for having [more opportunities and greater representation across artist line-ups].”

It’s time to do better and think differently. Pan-Pot recognizes there needs to be greater inclusion within the music industry.

When it comes to addressing the pervasive issue of diversity (im)balance on festival line-ups particularly their female counterparts, Pan-Pot knows plenty of work remains to be done. In the male-dominated industry, it’s often the same names appearing on festival line-ups. They encourage their female colleagues to send them e-mails so they can help with their label. While they can’t make any guarantees with publishing music for the sake of publishing as they want to maintain the label’s integrity and quality music, they see this as a starting point. “Don’t hesitate, send us e-mails. Send us also the kind of music you play so we have an idea….If it’s about our own events, we try to level the female and male artists—it’s not always easy that’s what I can say…find the right people who are willing to support. From our side, we are very open-minded and doing our best,” say the duo.

Sometimes chasing dreams isn’t easy, but it could be the best adventure ever. Remember that dreaming is a gateway to what could be. Dream big and dream hard. Pan-Pot is living proof that achieving anything significant takes undying dedication and unwavering drive. Don’t forget to check out their EP titled Voodo Signs out on June 25. Click that save button and press play to show the guys some love.