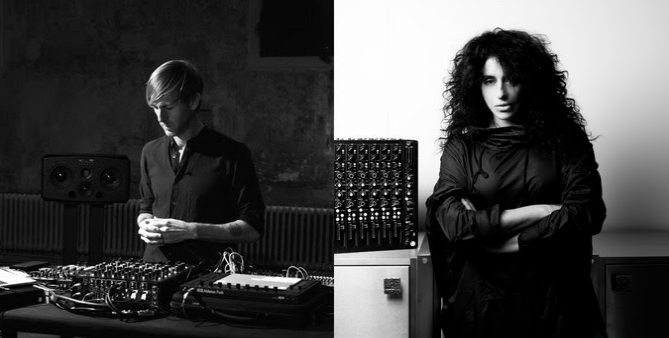 It was just at the beginning of this year that Richie Hawtin unveiled his latest project to the rest of the world. Alongside Andy Rigby-Jones and Allen & Health, the Windsor-born producer, label head and DJ introduced PLAYdifferently’s MODEL1 Mixer, aiming to revolutionize the way DJs perform.

Throughout the prototype testing, Hawtin enlisted the assistance of several other elite DJs in trying out the product, all of them endorsing it as true ambassadors of what they felt was a truly unique and much needed new addition to DJ gear market. Later, PLAYdifferently welcomed Dubfire, DJ Tennis, Chris Liebing, Maceo Plex, Mike Servito, Hito, Loco Dice and many others to join Richie on his Prototype Tour across the world performing exclusively with the new MODEL1.

Now, this illustrious group of artists is joined by Nicole Moudaber, Paco Osuna and Matador, the latest ambassadors to have endorsed PLAYdifferently’s vision and MODEL1 as an ideal mixer for both DJ and live sets. Together with this announcement, PLAYdifferently has also introduced a key technology partnership with one of UK’s most renowned nightlife brand and venue, The Warehouse Project in Manchester. The goal with the collaboration is to allow a wide array of artists to have access to Hawtin’s first released mixer at several elite events yet to be specified.

Each of the new ambassadors had the following to say regarding their involvement with the project:

“Finally a refined mixer is available. It was instant love when I played the MODEL1 in Palm Springs. The sound experience and attention to detail implemented is second to none. This 6 channel mixer is a game changer for the DJS who seek to enhance their sets as well as playing back to back.” – Nicole Moudaber
“I’d been searching for the right analogue summing mixer to glue together all the elements in my live set, something that could also give me hands on control with certain familiarities. The MODEL1 has become the centre-piece, the engine room for my live performances, delivering next level sound and opening up sonic possibilities & techniques that I could only dream of in the past, a truly inspirational piece of kit!” – Matador

“It’s important to have a tool that facilitates the musical expression as MODEL1. The features of the mixer allow me to be much more creative; as it has such precise equalisation and such a great range of frequencies, I get to keep using many more tracks at once without making the mixing sound too stuffy. Also, for me it’s essential that all channels have a filter, be it independent or general, as that way I can use six channels at once; and by using the general filter the sound is uniform and compact. The tool I need to maximise my creativity when I’m DJing is finally here!” – Paco Osuna