How to Overcome Writer’s Block as a Music Producer 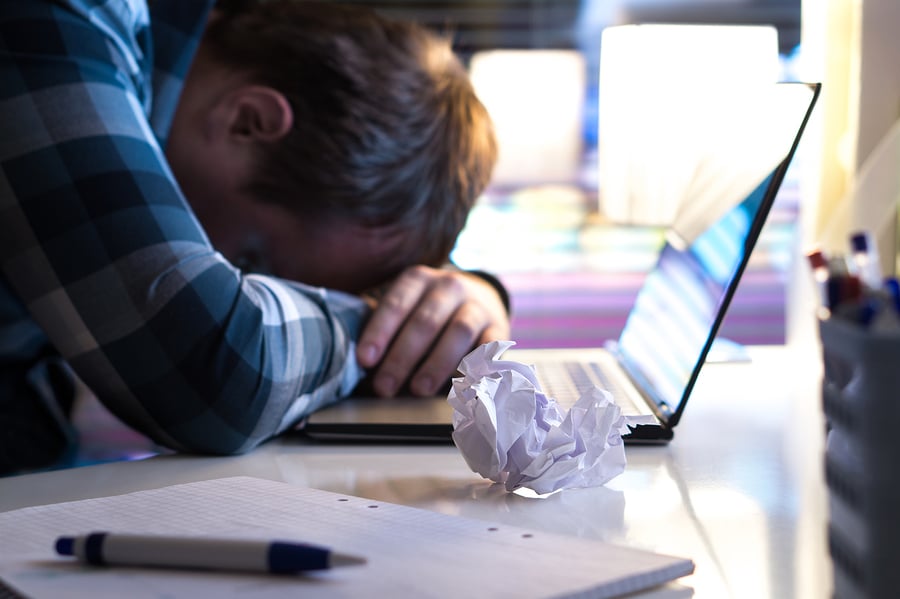 How to Overcome Writer’s Block as a Music Producer

First things first. It is time for us to admit that all of us go through that creative drought known as writer’s block. There is no shame in admitting this. Even the great writers of this world have gone through that rough point of their life at some point or another.

But writer’s block doesn’t just apply to those putting words to paper (or a screen, in today’s computerized world). Musicians and producers who do not really write are still creating music in the same way writers create their poetry or prose. Unfortunately these artists go through their own version of writer’s block

One problem with writer’s block is that in some cases it comes at the most inopportune time, especially when creatives are trying to create some work of art with a deadline in mind and they are pressed with little time in their hands.

In such instances, the first thing to remember is simple: Do not despair. Marcus Aurelius wrote to himself:

“Not to feel exasperated or defeated or despondent because your days aren’t packed with wise and moral actions. But to get back up when you fail, to celebrate behaving like a human—however imperfectly—and fully embrace the pursuit you’ve embarked on.”

As implied, it was all about rhythm, about how important it is to return to it, and to stick with it. To build a habit and a routine to write no matter what. And that is the key to overcoming writer’s block. As John Avlon said once:

“Writing is a muscle: it gets stronger the more you use it. If you let yourself fall out of the habit, it can be hard to get back in form.”

The idea here is just to make progress, simply by creating something that may or may not have anything to do with the initial idea. Heck, whatever that is written can become an idea of its own. Do not try to pressure yourself into creating a masterpiece lest it may cause paralyzing anxiety. Create whatever, no matter how “crappy” it may be. There is always the opportunity to get back and polish anything you’ve worked on, or to treat it as part of the process to get you back on the right track!

Fighting writer’s block involves a great deal of discipline and establishing a routine. One cannot just randomly improve. One does not get to do great work or make great decisions on accident but is a product of constant effort that will pay off in the end.

Of course we all have our own way with dealing with writer’s block, but the above is a surefire way to get you through it. Do you have any successful tips and advice on how to overcome this problem? Tell us on Twitter!