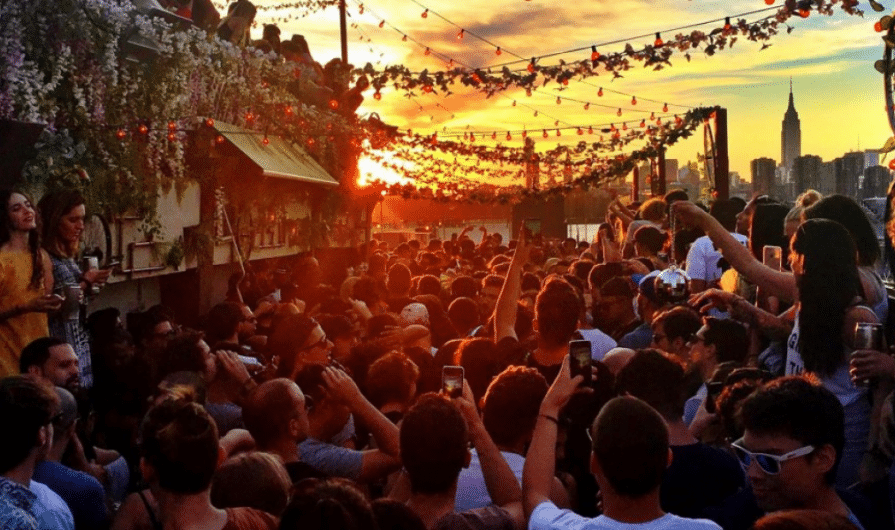 Output, Brooklyn’s award-winning nightclub and premier destination for music fans, has recently announced the opening weekend of The Roof, as well as its full summer 2018 lineup.

Now on its sixth season, The Roof opening weekend kicks off Friday, May 11 through Sunday, May 13 on OUTPUT’s multi-level open air roof deck. The venue will play host to a wide array of international DJs and live acts regularly through late September.With sweeping views of the Manhattan skyline, spectacular sunsets, and a full bar serving their signature boozy slushies, The it has earned accolades such as the “Club of the Year” at the inaugural Electronic Music Awards as well as earning a spot in DJ Mag’s highly-coveted “Top 100 Clubs” in 2017.

Friday Night Live, the perfect kickoff to the weekend, returns on select Fridays throughout the summer featuring live performances from full bands and top tier electronic musicians with the sun setting over the Manhattan skyline as backdrop. The afterwork event starts at 5PM with talent including Roy Ayers, KiNK, Giorgia Angiuli, Stavroz, Crussen and more to be announced.

Esteemed designer Pao Lopez (The BPM Festival, Electric Island, SXM, All Day I Dream, RUMORS) returns for her third season to decorate The Roof with her signature style of lush foliage and whimsical dreamscapes. 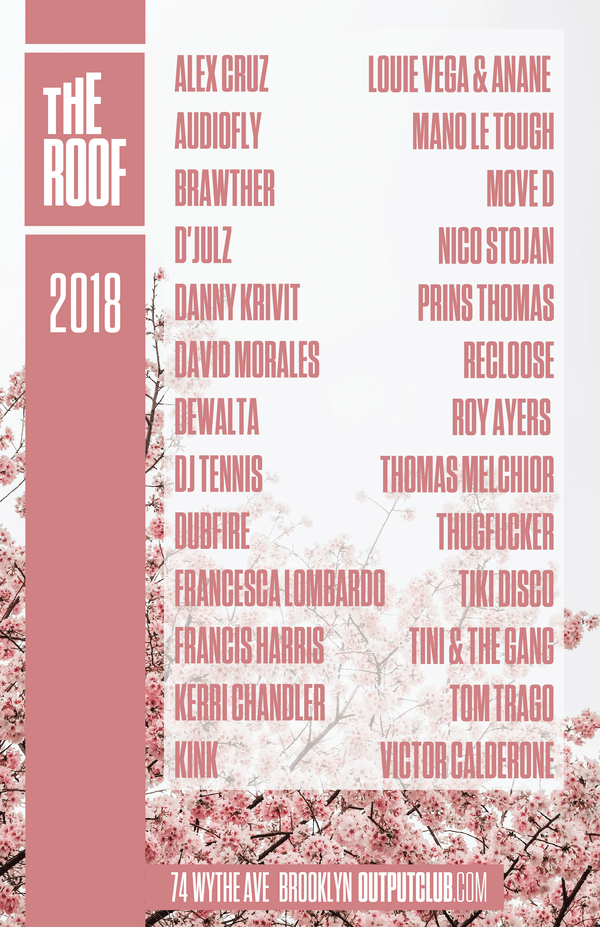 For advance tickets to The Roof events and more information, go to www.outputclub.com.